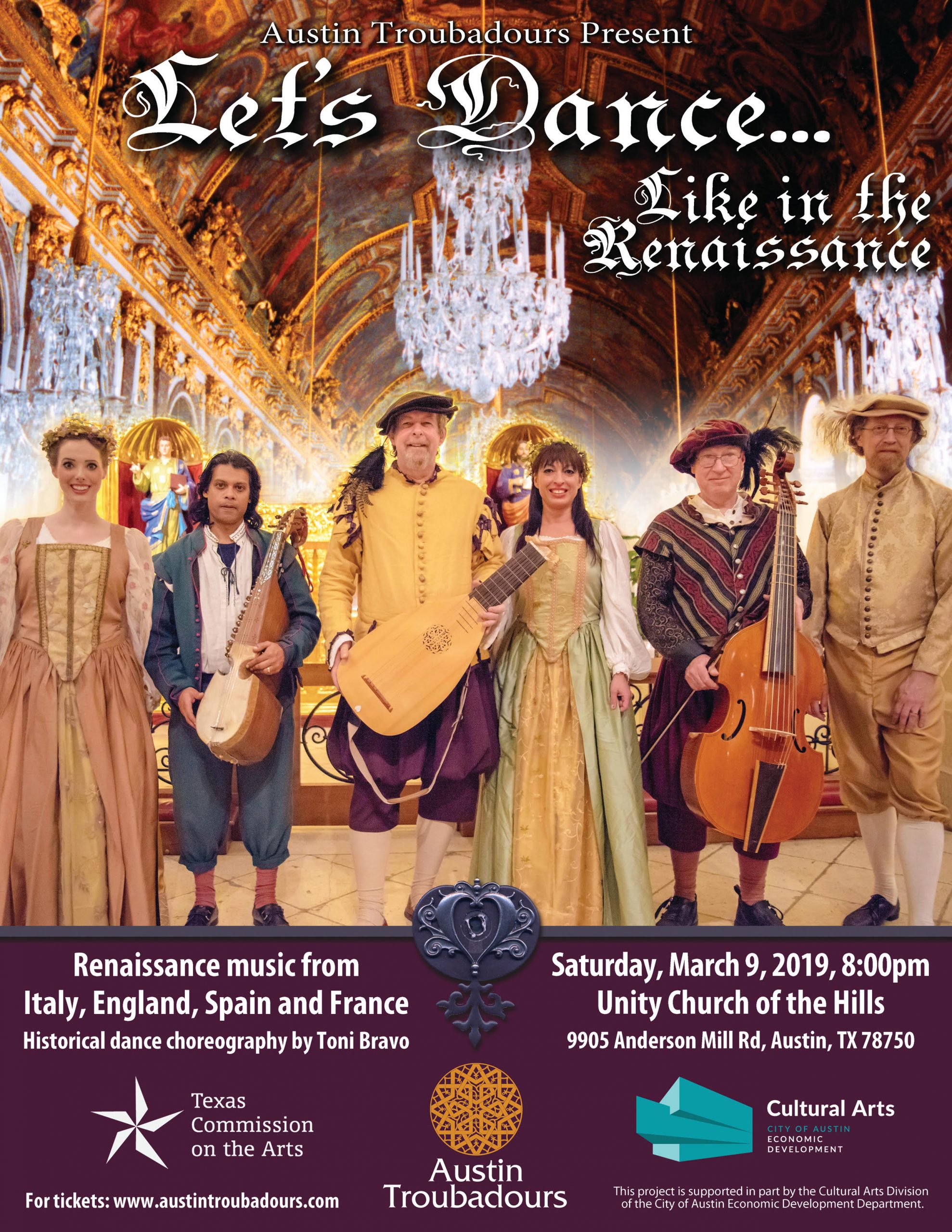 The Austin Troubadours will take you on the musical journey through 15th- and 16th-century Europe. The group will perform Renaissance songs and dances from Italy, England, Spain and France on authentic period instruments, accompanied by historical dance choreography by Austin’s beloved Toni Bravo. In this historically informed performance, seven musicians in period costumes set the stage for a high-energy, nonconventional show.
The Austin Troubadours is an international group of instrumentalists and singers whose mission is to revive the beauty of musical masterpieces from medieval and Renaissance Europe. It was founded in 2009 in Austin, Texas, by the award-winning lutenist and early music specialist Slobodan Vujisic. Performers include members of the Austin Symphony and University of Texas faculty. The Austin Troubadours, funded in part by the City of Austin Cultural Commission, are pleased to announce that they have been approved for inclusion on the new Texas Commission on the Arts (TCA) Texas Touring Roster.