ATASH Residency through the Month of December! 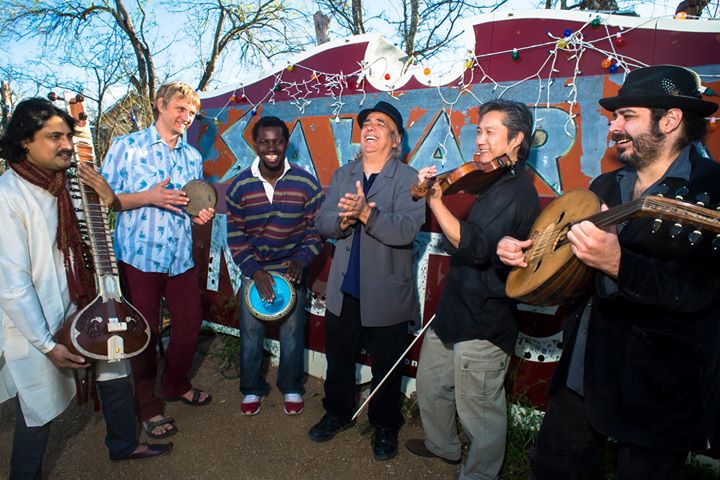 Atash, whose name is derived from the Persian word for “fire,” combines master musicians from around the globe to create a powerful, worldly original sound that inspires people of all ages and from all walks of life to dance and commune in a celebration of life!

Mohammad Firoozi sings in his native Farsi, as the frontman of Atash, backed by a host of talented master musicians playing a rare combination of instruments from around the world, including Indrajit Banerjee from Kolkata, India on sitar; Aboubacar Sylla from Guinea, west Africa, on djembe; José Manuel Tejeda from Havana, Cuba, on flamenco guitar; Korean-American violinist John Moon; Dylan Jones on bass; Chris Häusler on drums, and Roberto Paolo Riggio from Mexico on violin/musical director. Often compared to the Gipsy Kings, this music breaks down barriers, builds bridges, connects people, and is about celebrating life; it defies categorization and shatters stereotypes. Every Tuesday for the months of September and October, a total of 9 shows! Come Dance! Doors at 9pm, Atash from 10 to 12am, followed by DJ Sunray! Cover only $5.