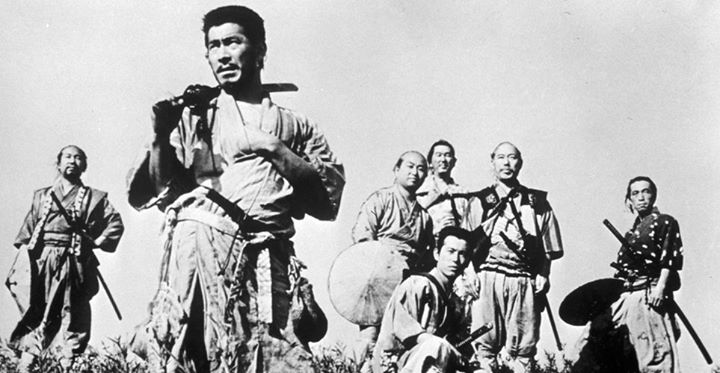 “The greatest movie ever made about warriors and battle.” -Chicago Tribune

The big one. Japan has a history of chanbara (period swordplay) films that reaches back into the silent era, but this was the one that first achieved international acclaim, and deservedly so. It’s a deceptively simple adventure story told with extraordinary skill, precision and sensitivity. The oft-copied plot is familiar to all, even those who have never seen the movie: a group of isolated farmers, preyed upon by bandits who steal the fruits of their harvest, employ a team of mercenary samurai to repulse the thieves. But it’s not so much the story that makes SEVEN SAMURAI such a crucial watch, it’s Kurosawa’s dynamic shooting and editing style, and the excellence of the cast, led by Toshiro Mifune. Near-universally considered one of the 10 or so greatest films of all time.

Part of our Way of the Samurai series: SEVEN SAMURAI: https://www.austinfilm.org/retrospectives-and-themed-series/series-way-of-the-samurai1