AFS: ‘Bomb City’, based on a controversial TX hate crime 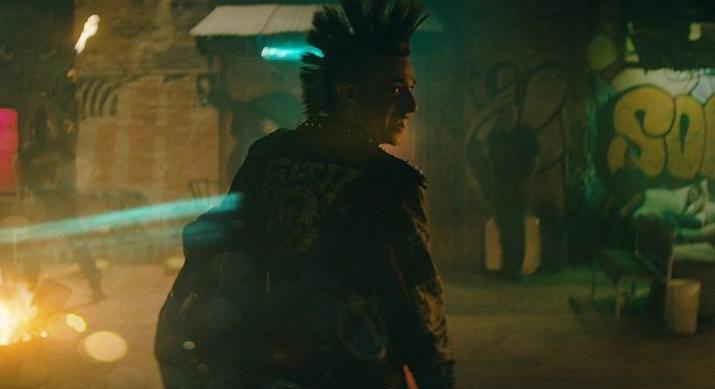 Winter 1997. Amarillo, Texas. Brian Deneke is known for his green mohawk and undying passion for punk music. He throws punk shows with his friends at a rundown venue known as “Bomb City. ” And Brian, along with many of his fellow “punks, ” refuses to conform to the conservative culture that surrounds them. Their radical appearances stir social intolerance within the community, particularly with Cody Cates, a high school jock who assimilates to a pack known as “white-hatters. ” After losing a football game, Cody and a few other white-hatters have an altercation with several of the punks. This conflict ignites a series of hostile encounters between the two groups, climaxing one evening with a horrific, violent street fight. The night would soon become notorious for being one of the most controversial hate crimes in modern American culture. Based on a true story.

Feb 9-18 is LOVE FILM WEEK – show your love for cinema by “adopting” this film and sharing it with your network. Find the full list of LOVE FILM WEEK titles, and learn how to adopt a film here: https://www.austinfilm.org/love-film-week.