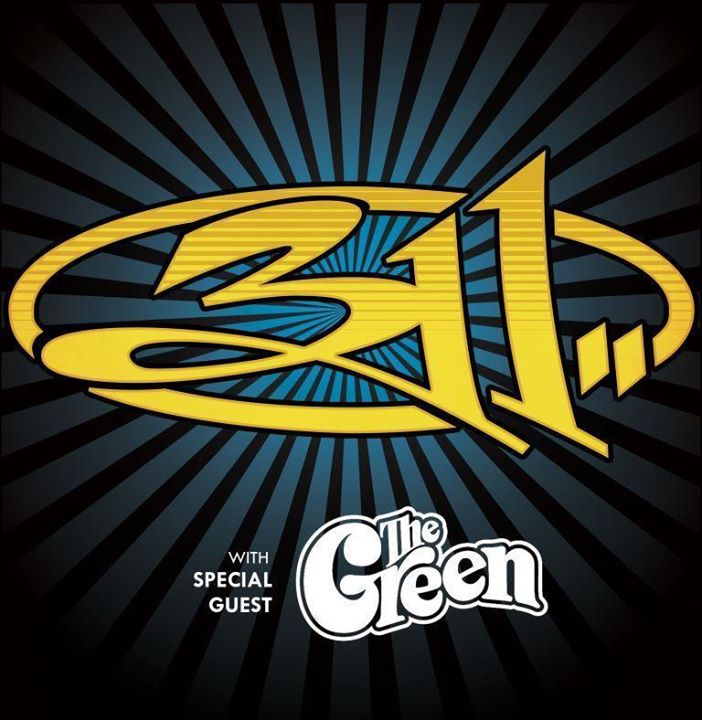 Presented by 101X. With special guest The Green!

311 mix rock, reggae, hip-hop and funk into their own unique sound. After years of consistent touring, 311 has developed a reputation as one of the most influential and most entertaining live bands in the U.S.

311 has released eleven studio albums, one live album, one greatest hits album and three dvd’s – and have sold over 9 million albums in the U.S. Nine of their albums have reached the Top 10 on Billboard’s Top 200 Sales Chart, and nine of their singles have reached the Top 10 on Billboard’s Alternative Rock Radio Chart (including the #1 singles “Down,” “Love Song,” and “Don’t Tread On Me;” along with “Amber,” “All Mixed Up,” “Come Original,” “Creatures For Awhile,” “Hey You” and “Sunset in July”).

THE GREEN formed on O‘ahu, Hawai‘i, in 2009. The group began as a vehicle for six different members of Hawai‘i’s tight-knit music scene to record a few songs and have a bit of fun along the way. Their self-titled debut album, released in 2010, earned both critical and commercial acclaim, and was awarded iTunes Best Reggae Album of the Year.