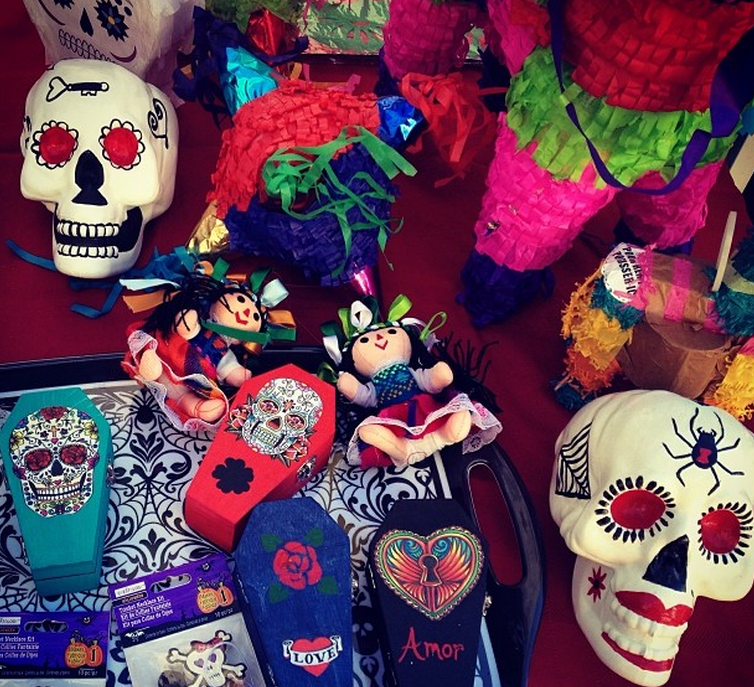 Day of the Dead, or Día de los Muertos, is a Mexican holiday where families and friends gather to celebrate, remember and prepare special foods in honor of those who have departed. In Austin, Día de los Muertos festivities, parades, and even fireworks will be happening over the next several weeks, offering Austinites of all ages plenty of fun ways to celebrate. 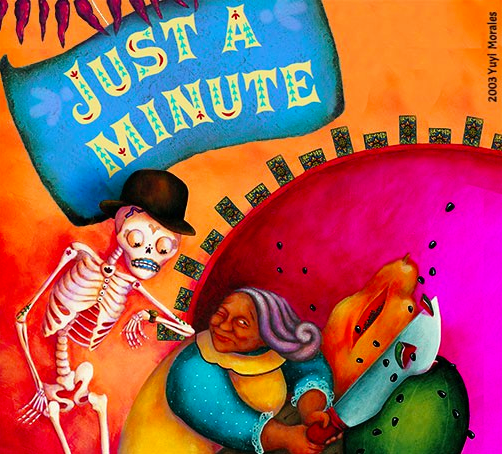 Just a Minute! A Día de los Meurtos Play – October 10 – November 1. Click here for show dates, times, and tickets. On October 10 and 11 you can purchase BOGO tickets by using the code BOGOJAM at checkout. Señor Calavera wants Grandma Beetle to leave with him right away, but she still has one house to sweep, two pots of tea to boil, three pounds of corn to make into tortillas – and that’s just the start! Kids of all ages will love these bilingual counting and alphabet tales. Austin Scottish Rite Theater, 207 W 18th St., Austin. 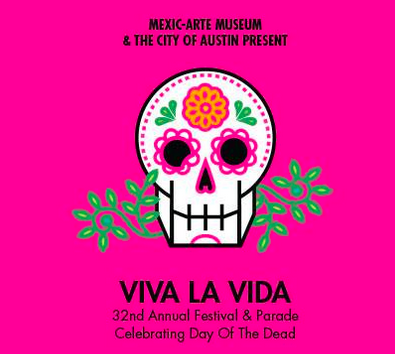 Piñata-Making Workshops for Sugar Skull Float and Piñata Graveyard – Sundays, October 11, October 18, and October 25 from 1-4 p.m. . Mexic-Arte Museum is proud to host local piñata artisans Monica and Sergio Lejarazu for Sugar Skull Float Workshops for the general public. Using papier-mâché, Monica Lejarazu and Museum educators will guide the public in the creation of sugar skull piñatas, inspired by the tradition of Calaveras (“skulls”) in Día de los Muertos, which have been used in Mexico since the 17th Century. During the workshops, Lejarazu will build a grand sugar skull float to be featured in the Viva la Vida parade. All artwork can be used alongside the sculpture in the Viva la Vida parade, as exhibited in the Piñata Graveyard on festival grounds. Participation is FREE and open to the public. Materials will be provided. Mexic-Arte Museum, 419 Congress Ave, Austin.

Día de Los Muertos Festival – Saturday, October 17 from 12–10 p.m. The festival will feature renowned recording artists in the Latin and Texas music industries. The festival will offer food and beverages, cultural performances, altar contest as well as Kids Zone activities for kids. The highlight of the festival is a combination of vibrant, rhythmic Latin, rock, and pop music and cultural performances featuring headliner and Grammy Award winner Emilio Navaira. VIP tickets and $15 pre-sale general are available online at www.austindiadelosmuertos.com. Kids 12 and under get in FREE with a paid adult ticket. (Tickets will be $20 at the door.) The event benefits local nonprofit Easter Seals Central Texas which provides support and resources for children and adults with disabilities. Fiesta Gardens, 2101 Jesse E. Segovia St, Austin. 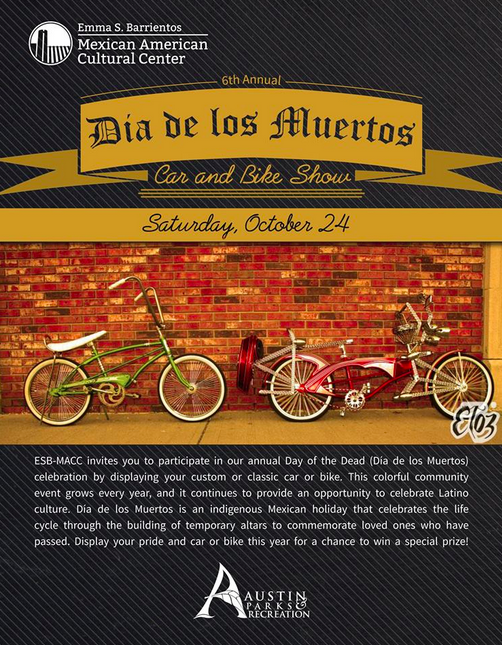 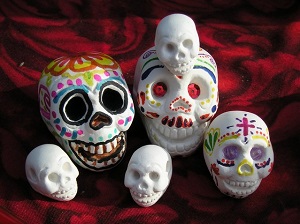 Discovery! Dia De Los Meurtos – Wednesday, October 28 at 4:30 p.m. The Discovery hands-on program explores all sorts of different topics, including science, literature, technology, and more.  Especially designed for elementary school aged kids, come back each week and learn something new! Why is Day of the Dead called a “Celebration of Life?” Come to Laura’s on Wednesday, October 28 at 4:30 p.m. to find out! Presented by Ann Benson of Somos Amigos (in English, “We’re Friends”), this program is best suited for lower elementary aged children (ages 6 – 8). FREE! Laura’s Library, 9411 Bee Cave Rd, Austin. 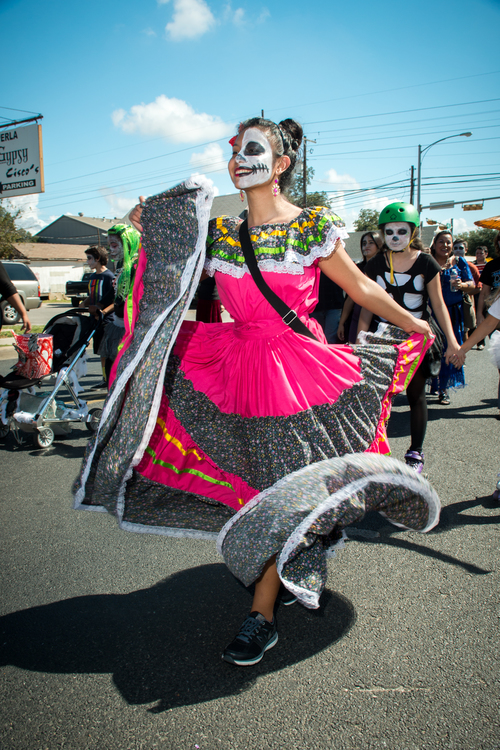 Viva la Vida Festival  – Saturday, October 31, 2015 from 12–8:00 p.m. This year, Austin’s largest and longest-running Day of the Dead event features a grand procession, a Day of the Dead mercado, live music, a Sugar Skull float by local piñata artisans Monica and Sergio Lejarazu from Jumpolin Piñatas, an exhibition with community altars highlighting the states of Mexico inside the Museum, and educational programs. Attendees can also taste traditional foods from Austin’s best food trucks, hands-on art activities, and artist demos. The Grand Procession gathers on 6th street between Chicon and Comal in East Austin, bringing together a vibrant and varied mix of the traditional, contemporary, and Austin “weird”.  The Procession – including costumes, props, live music, dancers, and floats – marches down historic 6th Street and culminates at 4th Street and Congress Avenue, marking the transition from the afternoon to the exciting evening portion of the street festival. Visit the official Viva la Vida Festival site at www.mexic-artemuseumevents.org. UPDATE: Due to the forecast of rain, the Viva la Vida festival grounds have moved to Brazos Hall, 204 E 4th Street, Austin. Check Facebook for updates on the grand procession (decision to be announced Friday morning). 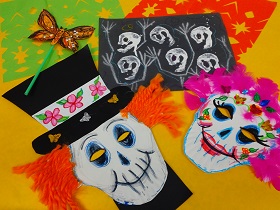 University of Texas Día de los Muertos – Monday, November 2 from 6-9 p.m. The University of Texas at Austin is hosting its annual Día de los Muertos event featuring performances from local and student organizations, along with altars, an altar building contest, face painting, and free food as long as supplies last. This fun event is FREE and open to the public. 2400 Inner Campus Drive on the UT campus, Austin.