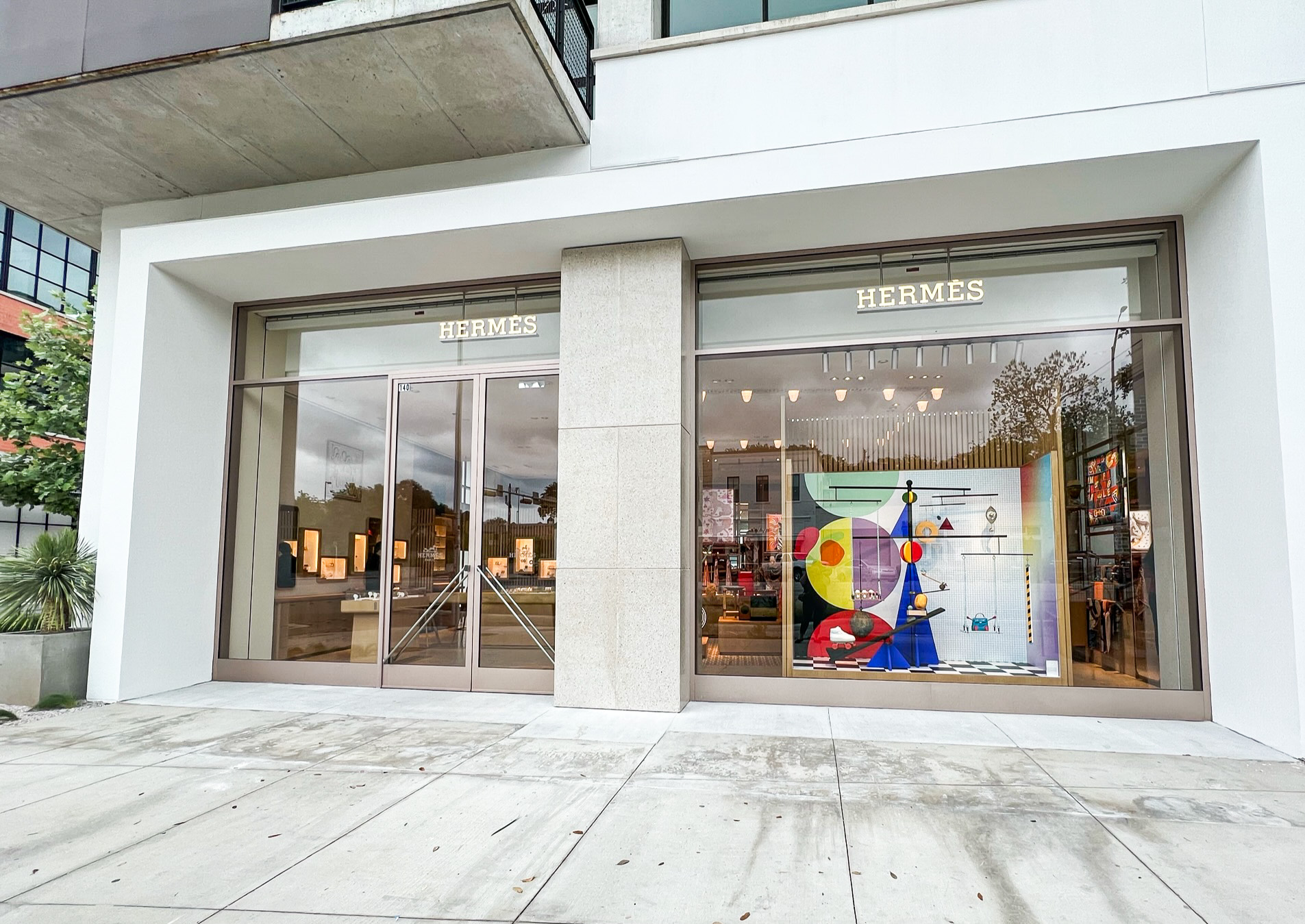 It’s no secret that the landscape of Austin is changing. Between the rising real estate prices, traffic, and constant construction, there’s little that shocks us anymore. But this did! During a walk along South Congress headed to Music Lane, we stopped to snap a pic of some street art and couldn’t help but notice an announcement amidst the lovely design. As we first announced in August 2022, the French fashion house Hermès is coming to Austin!

Austin.com got a sneak preview of the new space and it’s a stunner. Here’s a peek.

As mentioned, the ATX has been growing and evolving for sometime now, but to see a high end brand like Hermès coming to South Congress, once the nucleus of the Keep Austin Weird scene… that really, well, rocked us. This is the street where a friend bought Leslie refrigerator magnets from Leslie himself! And now, in almost that exact same spot, shoppers will be able to purchase a Birkin Bag (which can cost up to a half a million dollars). Guess that’s the price we pay for living in a “boomtown.” In case you missed it, that’s how Elon Musk referred to the city during his appearance on “The Joe Rogan Experience” podcast in August of 2020.

Hermès will complete the Music Lane project which includes other national brands like Nike, Lululemon, Madewell, and Allbirds. In addition to shopping, the complex features the biggest hotel to date by hospitality group Bunkhouse, Hotel Magdalena, as well as the trendy social club Soho House, and the restaurant Aba, which has quickly become a favorite of celebs in town.

UPDATE: Hermès will open their Austin store located on South Congress Avenue on Saturday, April 30. According to the fashion house, the SoCo address is an expression of the Parisian house’s heritage fused with the city’s distinctive country, blues and rock music scene, and Southwestern American spirit.