‘A Dog’s Purpose’ Star Dennis Quaid Loves Texas And His Mama, And We Can Prove It

Matthew McConaughey isn’t the only famous Austinite who loves his mama. Dennis Quaid, who resides near the Pennybacker Bridge, honored his mother on her 90th birthday with a celebration right here in Austin on Saturday.

On “CBS Sunday Morning,” the Houston born actor called mom, Jaunita, his rock, adding that she taught him to get through the dark times by keeping his eyes on the light ahead.

Check out the video below…

While the interview started with a discussion of the controversy surrounding Quaid’s new movie, A Dog’s Purpose, he went on to talk about living in Austin, as he walked around his Austin home, calling himself a “Texan at heart.” 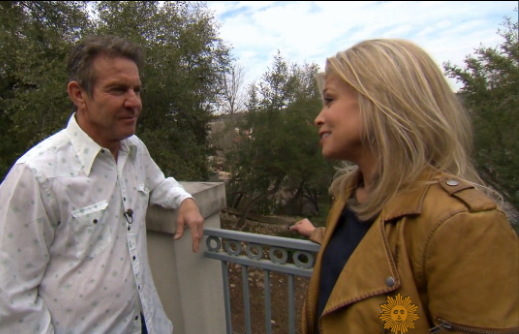 On Friday, Dennis Quaid and the Sharks played the Continental Club. While only a short clip is featured in the CBS segment (2:15), we found this lengthier video of that performance posted on You Tube.

Featured stills taken from the “CBS This Morning” segment