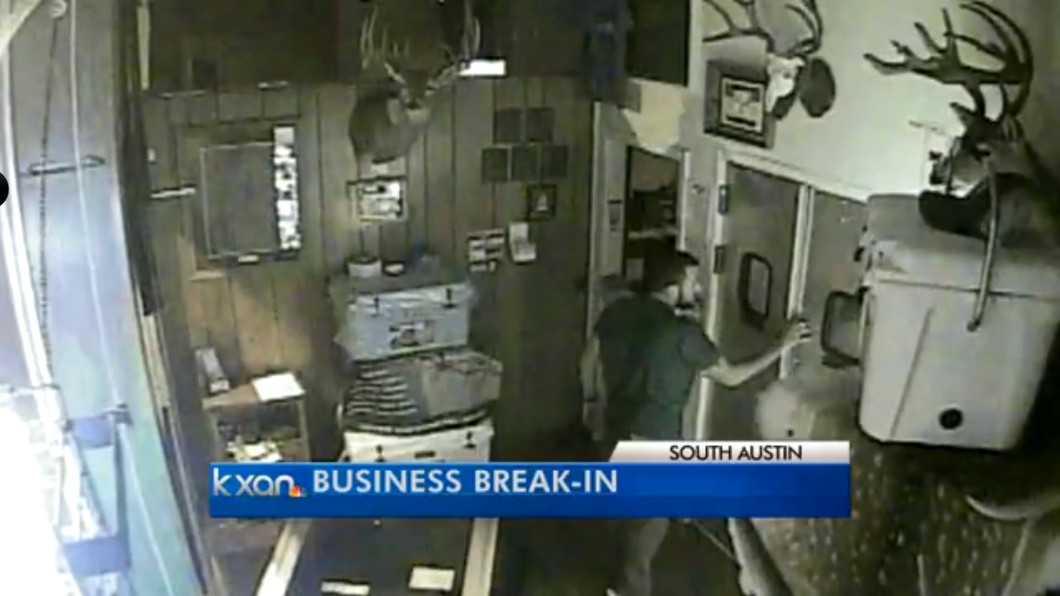 Police recently arrested a 28-year-old man for trespassing after employees of Hudson Meats in South Austin found him sleeping in the manager’s office.

Surveillance footage allegedly shows the suspect, Ricardo Cardona, kicking an exterior door for 20 minutes before finally getting inside. Austin NBC affiliate station KXAN-TV reports that he grabbed several sausages and walked back outside, only to stumble back in a moment later and try to enter their walk-in freezer.

Around 5:30 a.m., Cardona is said to have walked back into the manager’s office, where he discovered a jacket. He was discovered asleep with his feet propped up on the desk when the store opened around 7 a.m., but did not wake until officers were on the scene.

“I don’t work here, sir,” Cardona reportedly said upon seeing the police. Nothing was stolen.

“He was just drunk and tired,” an employee told KXAN.