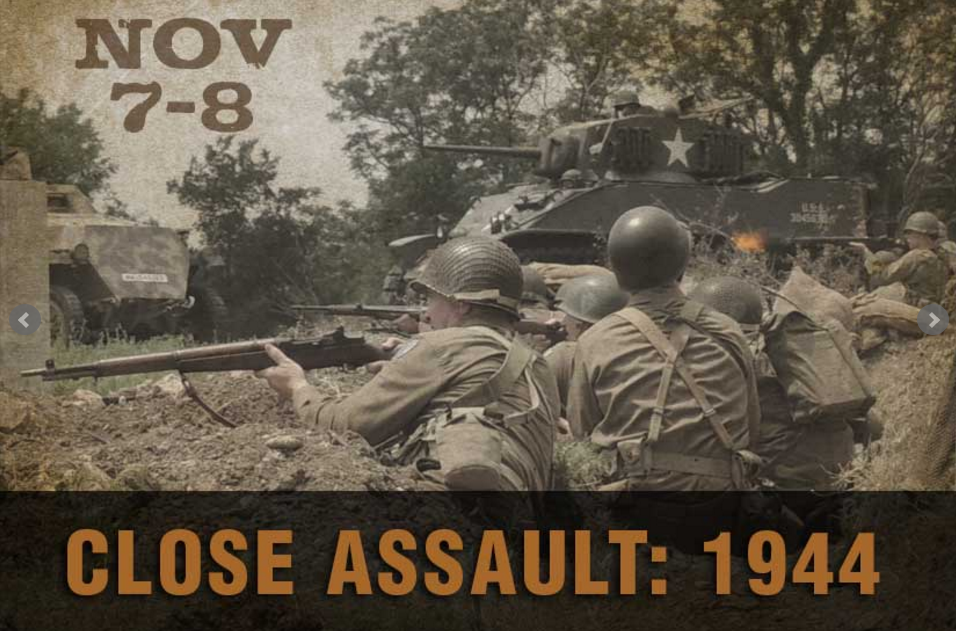 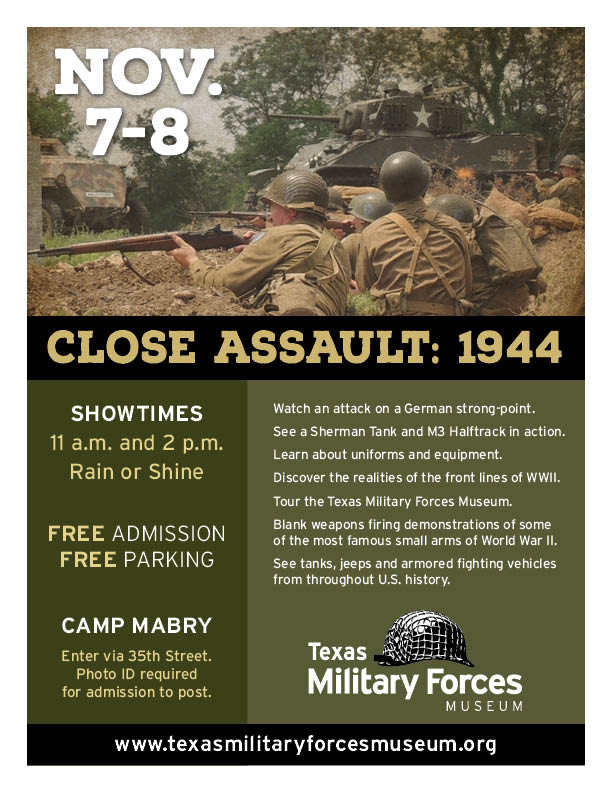 Remember the true meaning of Veterans Day this weekend, with a look back at World War II. Close Assault 1944, a free event held at Camp Mabry on Saturday, November 7 and Sunday, November 8, honors the service and sacrifice of America’s veterans by focusing on the history of the 36th Infantry Division of the Texas Army National Guard during World War II.

The free program features members of the Texas Military Forces Living History Detachment exhibiting the uniform and equipment worn by the American GI in the European Theater of the Second World War, as well as those of his German opponent. In addition, the two-day event will provide guests the opportunity to witness firing demonstrations of the most famous U.S. and German small arms of World War II, as well as see everything from tents and radio equipment to GI baseball gloves and mess kits and operational vehicles such as an M4 Sherman Tank, M3 Halftrack and Jeeps.

The event will take place rain or shine and bleachers will be available for seating. Souvenirs and concessions will be available. Show times are at 11:00 a.m. and 2:00 p.m. both days. The 45,000 square-foot Texas Military Forces Museum will be open from 10 a.m. to 4 p.m. during the weekend and on Veterans Day (Wednesday, November 11) as well. Both the program and admission to the museum are free.

Camp Mabry is open to the public, but adults will need to show a valid photo ID such as a driver’s license or a military ID to come on post.

For more information, visit the Texas Military Forces Museum website. To read about Heidi O’s visit to the Museum with her boys, click here.