Chariot, Austin’s newest ride-sharing service, is set to launch on December 7 (naturally, with a party — see info at end of post). Before you roll your eyes at yet another ride-sharing platform to start its engines in the state’s capital, take a moment to learn just how different this app really is.

Unlike nationally acclaimed brands like Uber and Lyft, Chariot focuses on Austin’s commuter-base rider. With a fleet of Chariots and Charioteers, the San Francisco-based app is out to “produce the world’s most valuable commuter experience.” In other words, tackling Austin’s congested roads and highways one driver at a time.

According to CEO and Co-Founder Ali Vahabzadeh, Chariot’s mission is based around value.

“[Chariot] aims to provide extraordinary service [so its riders] can’t believe how affordable the service is,” Vahabzadeh told Austin.com.

Chariot lets you enjoy your morning commute. Photo via Facebook.

That’s why Chariot stresses the importance of consumer and rider feedback. This ensures new routes and applications are created in response to the consumers’ needs and requests, not the other way around.

When riders use the app, they’re asked to enter a start and end point for their commute. Doing so allows them to see if a chariot—a 14-passenger van—serves their general area. If available, the user can reserve their seat; if not, he or she is prompted to “cast a vote” for a new course to service that area.

Chances are there are other residents who would benefit from the additional route as well. Once a new route has enough votes—or subscribers—to support it, Chariot works to add vans to their fleet and additional drivers to their staff.

Through crowdsourcing and research conducted on their own accord, Chariot is able to then confirm that a route is needed, and thus, launch said route as soon as possible. Despite each route having a similar process for launching, the number of individuals voting in favor of it depends on the route’s size.

Big news! Our new app is live. You can now reserve a seat and get real-time ETA's. Download the latest version: Apple.co/1FbrCKz

Vahabzadeh attributes Chariot’s success in San Francisco to its ability to effectively acquire information and consumer need through crowdsourcing.

“We started with one route in 2014,” Vahabzadeh said. “Today, through consumer requests and votes, we have 33.”

But how do these routes manifest? Simple: their riders.

Similar to the app’s use of crowdsourcing, Chariot crowdfunds the resources needed to in turn launch those routes. The company does so through monthly passes, consumer credits, and company-based partnerships.

SF's best commuter service will be available in the #InnerRichmond Wednesday! Reserve your seat now using the link in our bio!

Each new route added includes additional chariots. With up to 14 seats available, Chariot is able to keep costs low. Even during peak hours—7:30-8:45 a.m. and 5:00-6:00 p.m.—costs are comparable to mass transit prices.

Despite Chariot’s already low prices, the company hopes to offer a profitable $3 route by 2018.

Chariot is direct, fast, reliable, and convenient. One way of doing this is through Chariot’s requirement of hiring professionally trained and licensed drivers. According to Vahabzadeh, it’s good business, produces better service, and offers a career path for many of those individuals as well.

“When our employees drive the same route daily, there’s a predictability that comes along with it,” Vahabzadeh said. “Not only do they become familiar with their routes, they also get to know [their] riders’ names over time. It’s a way to build real relationships.”

And with a more than 90% monthly retention rate for Chariot drivers, it’s a method that’s proven successful thus far.

Name that Charioteer! She's been with us since the beginning and currently a captain on the Richmond Racer route. #commutesolved #tbt

Chariot operates with a vertically integrated supply chain. In other words, it controls every aspect of the product.

According to Vahabzadeh, the average commuter leaves their home or office at the same time every morning and evening. And while a car may offer a certain consistency to individuals, he hopes Chariot becomes that for riders through its advance reservation feature. This enables riders to reserve their spot for the full week ahead.

For most users, commuting is a habit, Vahabzadeh said. That’s why the advance reservations feature is useful for the majority of riders.

Since the new feature’s launch just a few weeks ago, Chariot has seen a 200% growth weekly.

Austin is Chariot’s first consumer-based expansion, and it’s launching the product with just two routes. The Lamar Bullet, which will service the Bouldin Creek, Zilker, and Barton Hills neighborhoods, and the Riverside Rover, which will service Lake Shore and Travis Heights. Both were created based on crowdsourcing conducted in October. 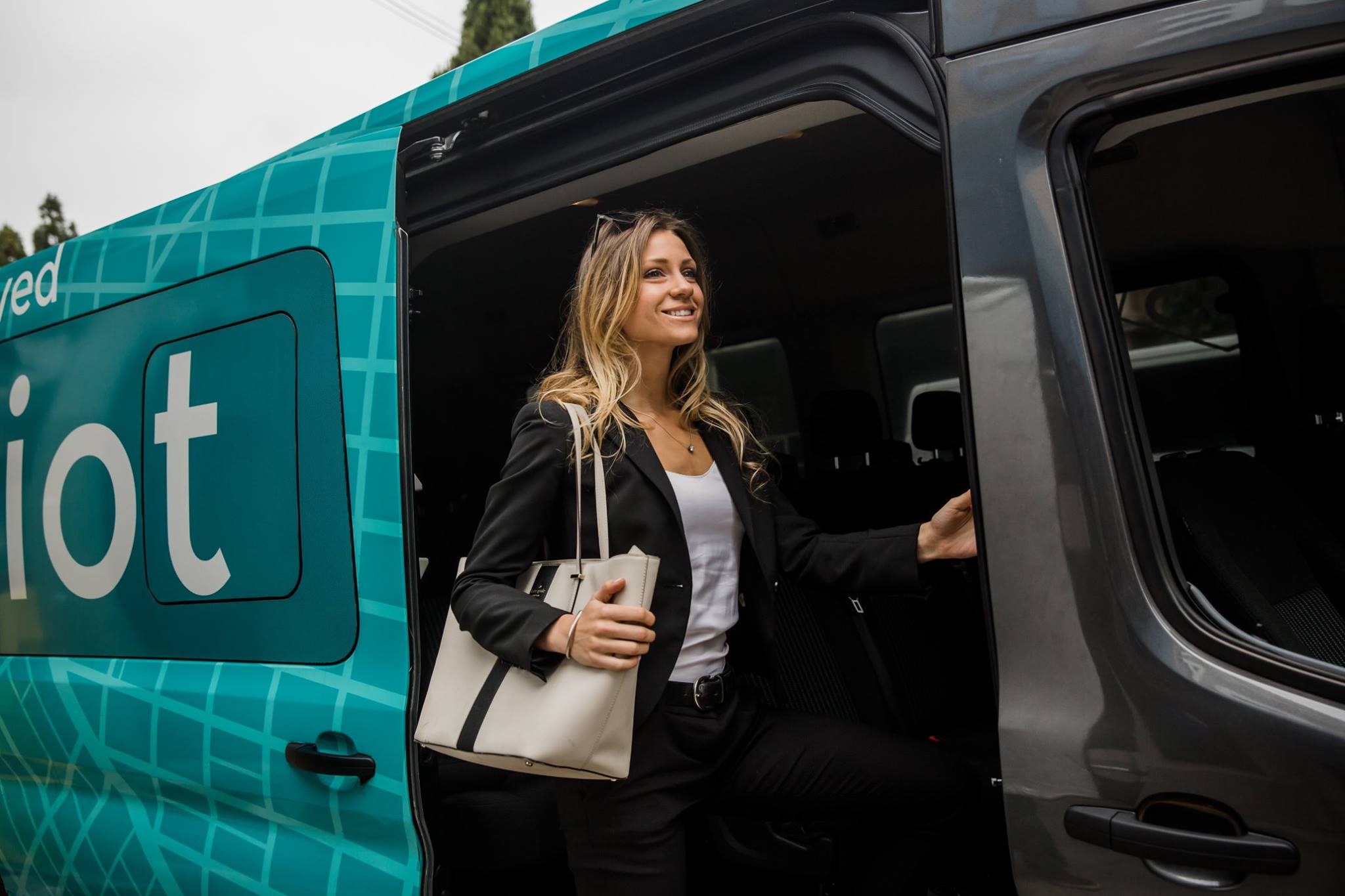 Make a habit out of Chariot. Photo via Facebook.

Vahabzadeh says that while these routes are considered anchor routes, the company will make necessary changes based on data and customer feedback.

Vahabzadeh has high hopes for Austin, but he doesn’t expect to exchange cars for Chariots overnight. He does, however, hope to create habits that limit the use of personal cars and ease congestion on the roads.

Chariot partnered with Ford this past September, and as a result, has accelerated its expansion plan. While it’s primarily a commuter-focused platform, it hopes to expand into other markets like weekend festivals, sporting events, and gatherings. Still, with plans to grow into various markets, both nationally and internationally, Chariot’s goal remains consistent.

Chariot’s fleet of vans make commuting to work a breeze. Photo via Facebook.

“Our goal is the same anywhere we go,” Vahabzadeh said. “We want to create a valuable transit experience to our riders.”

Over time, Chariot wants to become a part of a commuter’s morning and evening routine. According to Chariot, if there’s a route serving your neighborhood, it’s the best way to get to work.

Chariot is hosting its launch party on Wednesday, December 7, at Parlor & Yard at 6 p.m. The event is open to the public. Reserve your spot here.