- February 7, 2020
Here’s What You Should Take Away From the Leslie Cochran Doc ‘Becoming Leslie’

Gabriel Luna may be making his mark on Hollywood but the Terminator: Dark Fate star has not forgotten his Austin roots.
- October 10, 2019
These 10 Austin Made Films and TV Shows Will Put You in the Mood For Halloween 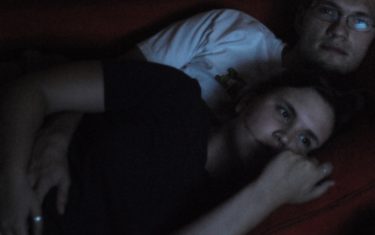 Looking to get a little local with your Halloween movie marathon? Check out these scary, bloody, and/or creepy Austin made films and TV shows.
- September 25, 2019
Locally Filmed Sci-Fi Action Takes Center Stage In ‘Time Trap’

Locally made indie film "Time Trap" offers a fun and memorable take on time travel, even if it is hampered by low-budget effects.
- June 6, 2019
Grab Your Bestie to Watch these 10 Odes to Friendship Filmed in Austin

They may not be Oscar or Emmy caliber works, but these 10 Austin-filmed movies and TV shows make us proud of our city and want to hold our besties close.
- May 27, 2019
Summer Movie Roundup – Here’s Where To Catch A Free Or Cheap Flick In Austin And Beyond 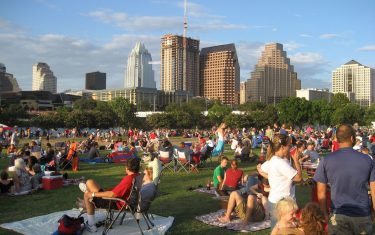 Don't want to pay the high ticket price at the theater this summer? Here are the FREE and cheap summer movie events happening in Austin (and beyond).
- March 13, 2019
‘The Story of The Saxon Pub’ Questions If Iconic Austin Landmarks Are Worth Saving

The documentary Nothing Stays The Same: The Story of The Saxon Pub paints a picture of a problem that’s growing...
- March 10, 2019
Office Space Cast Returns to Austin for Special Screening and Texas Film Award

Filming a light-hearted romcom near Austin is certainly one way to get us watching a movie -- thankfully it happens to be a great film!