- April 29, 2016
The W Throws Pool Parties Like Mardi Gras — Soundwave is this Sunday 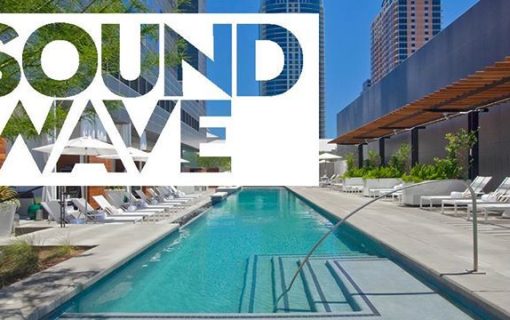 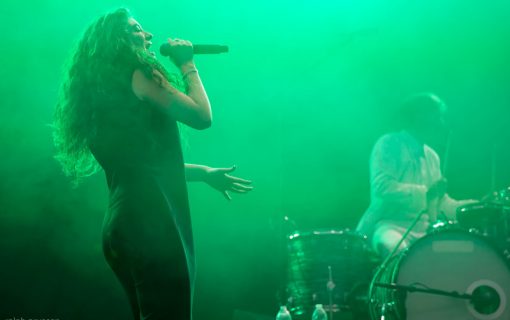 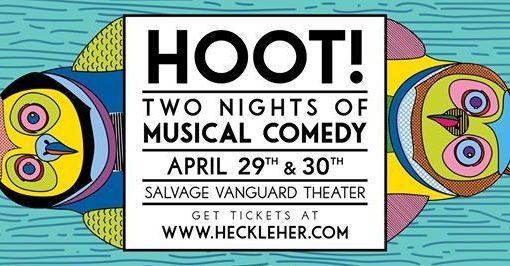 Heckle Her announces the return of “HOOT!” Friday and Saturday April 29-30th, 10:30pm in Salvage Vanguard Theater’s Studio Theater. Heckle...
- April 28, 2016
Wanna Watch A LIVE Performance Of ‘Purple Rain’? Of Course You Do! 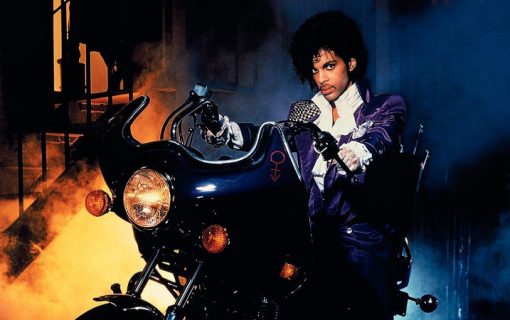 God bless Prince for all the beautiful love and funky weirdness he gave the world! We are eternally grateful and will be honoring The Purple One by dancing and singing along with Foot Patrol, performing Purple Rain (album) from start to finish.
- April 28, 2016
Art City Austin 2016 Is This Weekend! 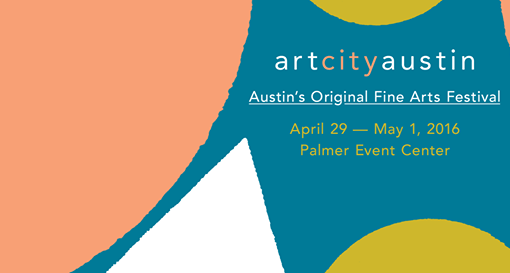 Austin’s original fine arts festival and national juried art show includes over 200 artists, along with a boutique art fair of galleries from across Texas, live local music and kids activities make this a fun day for the whole family.
- April 28, 2016
10 Essential Austin Twitter Accounts You May Not be Following 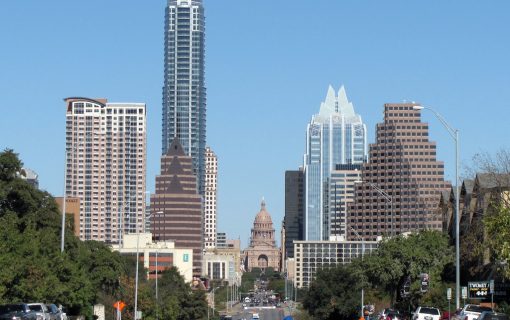 Keeping up with the latest news and happenings in a bustling city such as ours can be a challenge, but luckily we have social media to save us.
- April 25, 2016
Austinites React to Game of Thrones Season 6 Premiere 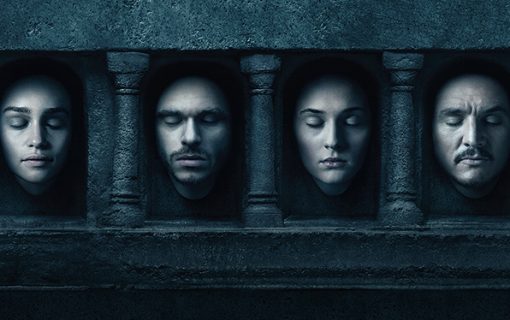 We got all that we expect from a GoT premiere -- death, drama, and gratuitous nudity. Here are just a few reactions about the premiere from Austinites:
- April 4, 2016
Featured Event: Jane Goodall At The Paramount 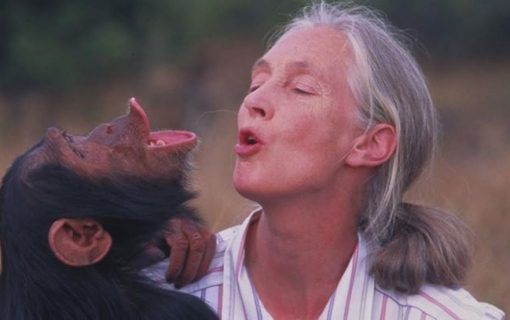 Join us at the Paramount for an intimate evening with Jane Goodall, one of the most accomplished environmental humanitarians of our time.
- March 29, 2016
‘Drawing Lines’ Exhibition Brings Austin’s Artists And Politics Together

In 2014 Austin underwent a significant political change. 'Drawing Lines' is an exhib that brings local art and politics together to illustrate the change.
- March 15, 2016
Aus10™ Live: 10 SXSW Shows You Cannot Afford To Miss

If you’re looking to avoid downtown altogether over the next week and a half or just aren’t able to make it to Austin for all of the fun, SXSW has you covered with a variety of programming from the SXSW Interactive at SXSW Live.
- March 11, 2016
Aus10™ Live: 10 Guaranteed-Awesome Shows To Get SXSW Started! 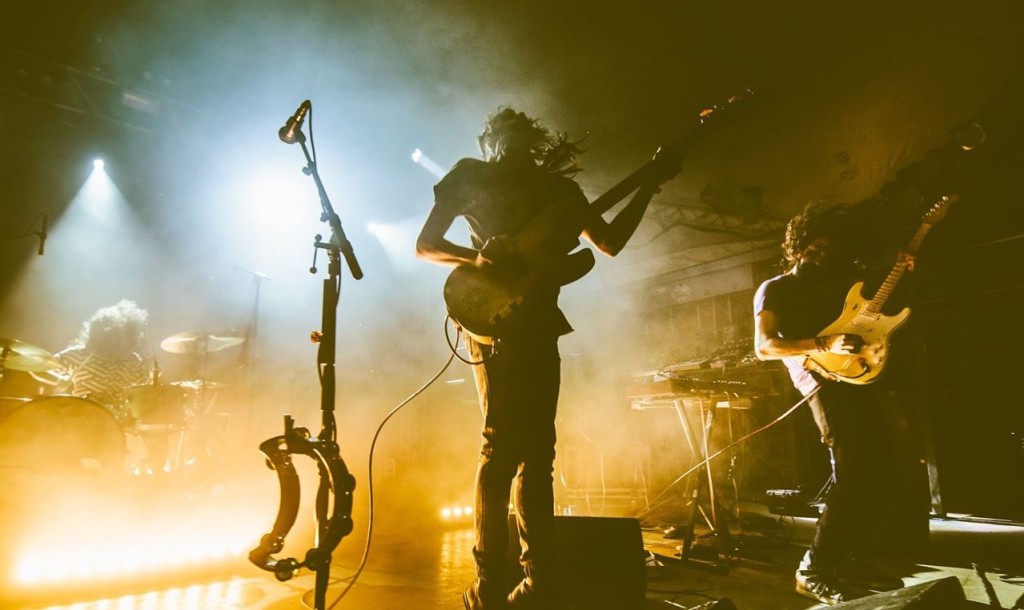 There are plenty of fun SXSW events over the next two weeks that do not require a badge. These five events should suit just about anyone's tastes.
- March 7, 2016
WIN A FREE ADVANCE SCREENING OF ‘ALLEGIANT’! 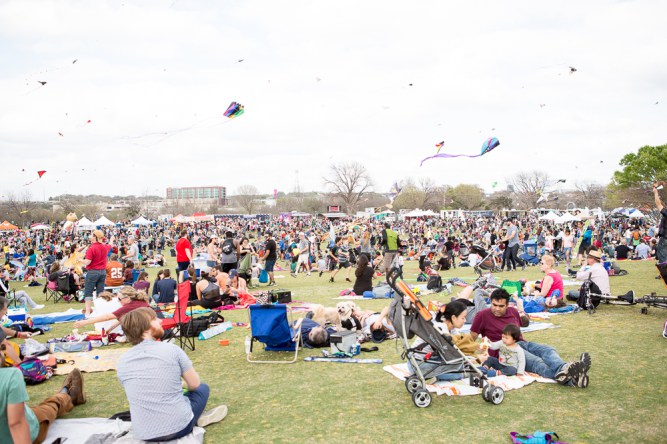 Austin knows how to hold a festival, and the 2016 Zilker Kite Festival on Sunday was no exception.
- March 4, 2016
Aus10™ Live: 10 Fantastic Bands To Rock Your Weekend! 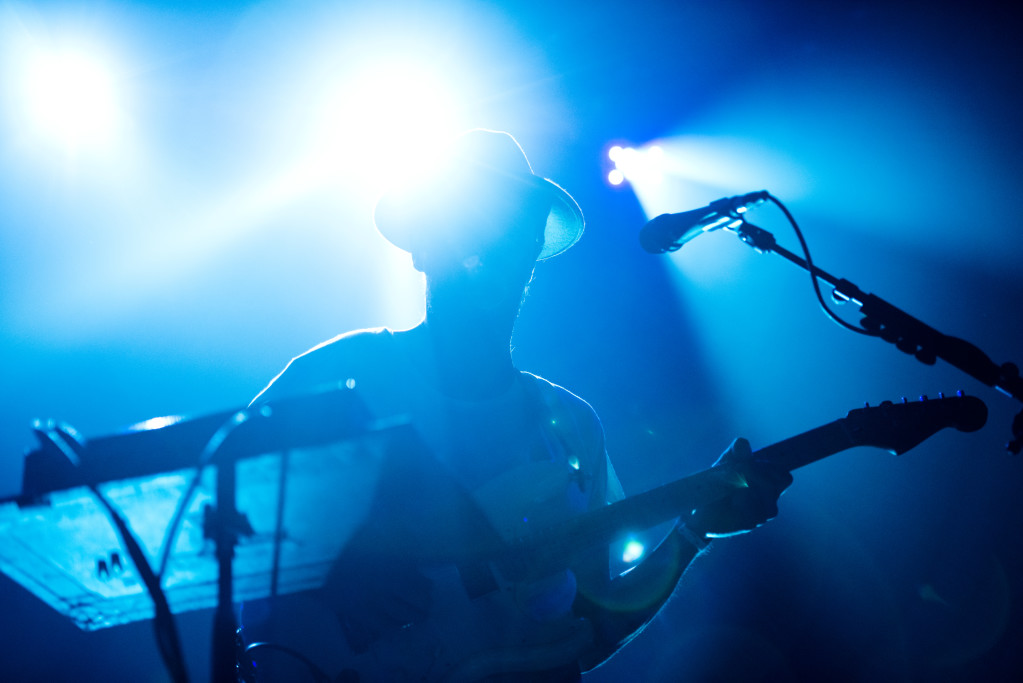 Got your live music plans ready for the weekend? You do now!
- March 4, 2016
10 Reasons To Try Adult Ballet Classes In Austin 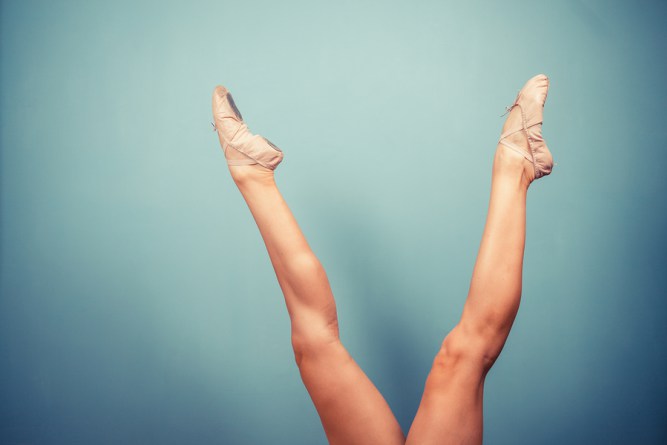 Austin may be known for its wicked-good music scene and smokehouses, but it’s also home to a thriving dance community.
- March 1, 2016
10 Things Smart Austinites Do To Handle The Rain 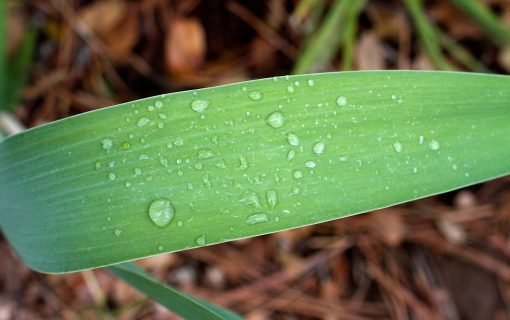 Austin has a love-hate relationship with rain. With the severe drought, it has been mostly a love relationship. Still, it can be a bit of a shock.
- March 1, 2016
Austin Now Has A Professional Ultimate Frisbee Team!

It has been said that Austin does not have a professional sports team, but that's not entirely true. We've got The Sol, a men's Ultimate Frisbee team.
- February 26, 2016
Aus10™ Live: 10 Bands You Absolutely Need To See This Weekend! 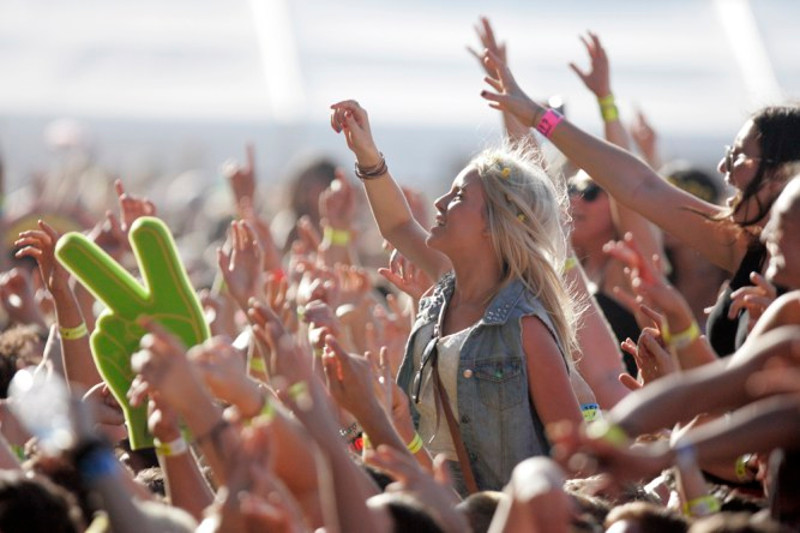 Ready to rock? With this list, you'll be prepared to enjoy some of the best live music Austin has to offer this weekend. That's alright, alright, alright!
- February 25, 2016
Austinites Love These 5 Dog Friendly Businesses! 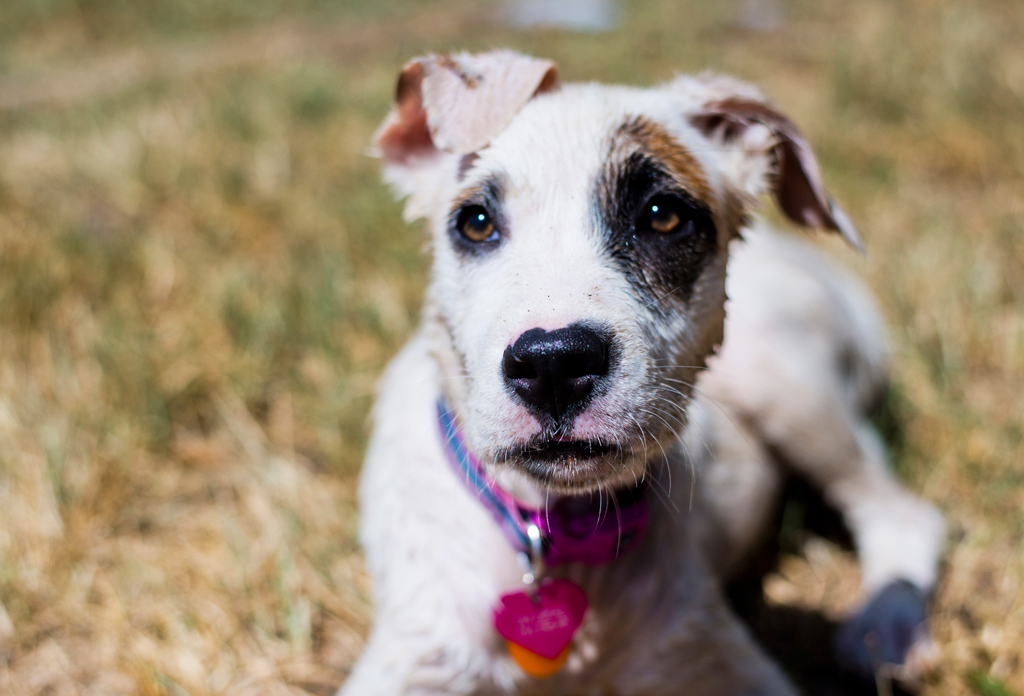 Austinites love their dogs, so it isn’t uncommon to see canines at bars, restaurants, and stores around town.
- February 25, 2016
Austinite Creates Best Ted Cruz Comparison Yet with Zodiac Killer Shirts 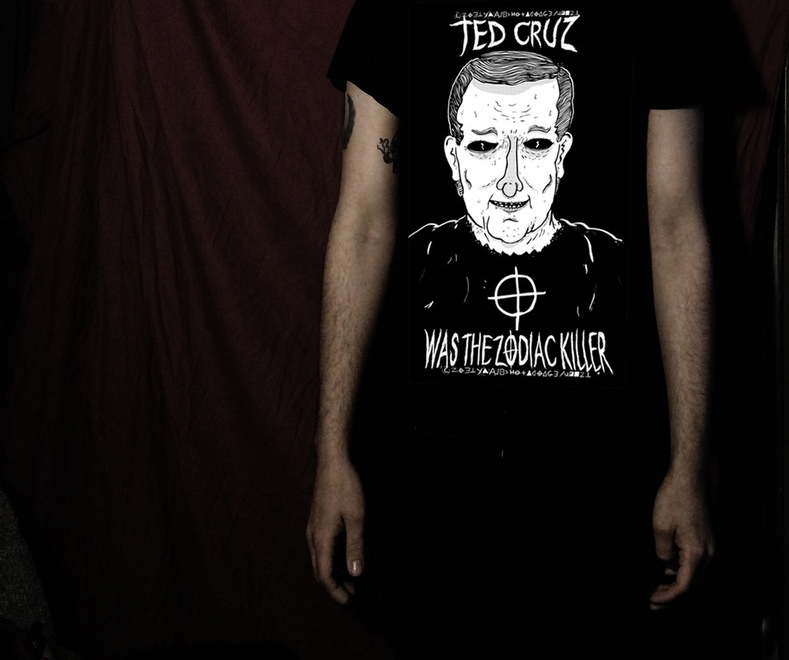 He’s been compared to everyone from Kevin from “The Office” to Grandpa from “The Munsters,” but Ted Cruz corollaries have recently taken a bit of a darker turn, thanks to Austinite Tim Faust.
- February 22, 2016
RIDE Indoor Cycling To Celebrate 3rd Anniversary 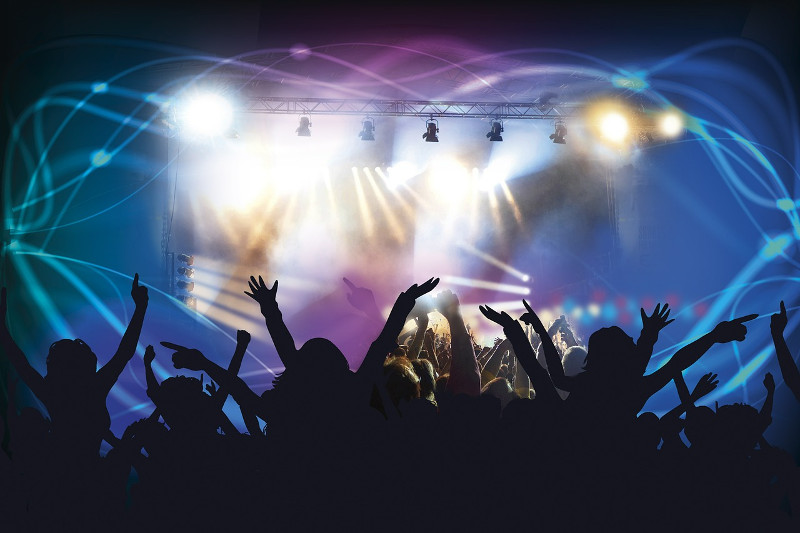 Get out and see some music this weekend! With this list, you're fully prepared to enjoy Austin at its very best.