Break Out Those Signs! Where to Find Trump During His Austin Visit

The Donald Trump/Mike Pence campaign trail is winding its way down south through Austin, Texas this Tuesday. Whether you are a Trump supporter or a Trump detractor, there are several Austin ways to herald the arrival of The Donald. From Trump fundraisers to clown-suit protests, the following events will surely make Trump’s Austin stop one to remember.

FOX News and Sean Hannity invite you to take part in the live taping of a 2-hour event at ACL Live in Austin, Texas. The event includes an interview with 2016 Republican Presidential Nominee Donald J Trump. Seating is on a first-come-first-serve basis.

Austinites Rocio Villalobos and Rachel Christine Manning have organized a protest of the Trump taping taking place at ACL Live this Tuesday. Their Facebook event page requests protesters to come prepared with clown-suits, clown-noses, and noise-makers.

This Official Trump/Pence Campaign rally will be held at Luedecke Arena (The Travis County Expo Center) this Tuesday. The event will bring together Trump supporters from Austin and Central Texas to discuss the Republican Presidential Nominee’s party platform and plans for the U.S. 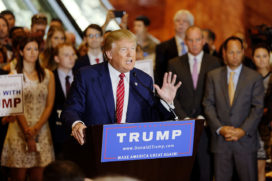 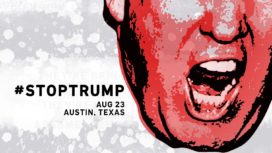 Note: It has additionally been rumored in the Austin American Statesman that Donald Trump will be stopping by The Headliner’s Club Austin for an unofficial fundraiser and mixer, and it is likely that the Clown-protesters will be following him on the route from ACL to Headliner’s.