Music events aren’t just for the outdoors or summer. Here in Austin music is year round and concerts are a great way to go out but stay warm in the colder months. That’s why we put together a list of some of the best Austin music events that we’re most excited about this month!

Austin local American Blues, funk, and soul artists who were  influenced by Howling’ Wolf and James Brown. They were named “Ten Bands Set to Break Out at 2009’s SXSW.” Their 2017 album Backlash debuted at number three in the Billboard Top Blues Albums Chart. So go support a local band that’s awesome!

This all ages event at Vulcan Gas Company is a mini fest including local artists: Bar Stool Brothers, Mike Von Paul, Big Sister, and Derek. There will also be visual and smack arts! 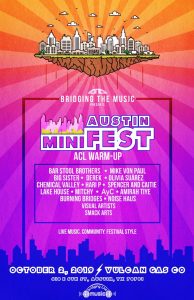 This billboard chart toping Nashville band is composed of three siblings! With only two albums under their belt they’re touring for the first time in a while. Go catch them and sing your heart out to the hit “If I Die Young.”

The ongoing tour featuring drag queens from “RuPual’s Drag Race” was created by Bandon Voss and Shangela is produced by Voss Events in collaboration with VH1 and World of Wonder. We hear it’s a show to see!

The famous American rock band The Black Keys is coming to town! Formed in 2001 in Ohio, they’re touring for their new album “Let’s Rock” which is their ninth studio album.

A plastic free event with proceeds going to the Sea Shepherd Conservation Society. There is a dress code of; “thriving in sea of love; aquatic elegance maritime marvels, submerged splendor within the wings of a storm.”  Fleetmac Wood has been hosting these events since 2012 with their port location being San Francisco.

Puma Blue is the alias of songwriter, producer, and vocalist, Jacob Allen. Having emerged with his debut EP Swum Baby in the summer of 2017, a collection of DIY bedroom recordings aptly described as “voicemail ballads” for their intimacy, Allen garnered a raft of critical praise and a cult-like following including the likes of K-Pop’s goliath BTS as well as Charlotte Day Wilson, Nick Hakim, Jordan Rakei, and Mr Jukes. 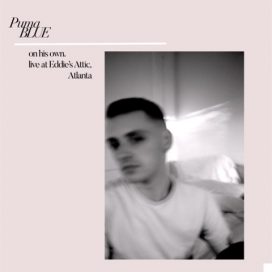 Famous brother and sister duo Jaden and Willow Smith are touring together! They are the spawn of pure talent power duo Will Smith and Jada Pinkett Smith.

With the Beat the Odds benefit tour all proceeds go to Breakthrough Central Texas, a program that helps children of low income communities with education needs. DAWES, the American folk rock band from LA, is headlining the show. With six studio albums under their belt, this is sure to be a great music and an even greater cause!

Best known for their song “Boston,” the California natives have been releasing music since 2002. With five indie rock albums, they’re no strangers to billboard charts and touring the world. They haven’t released new music since 2014 and don’t tour as often as they once did but that’s one of many reasons to catch them at Antones this month! 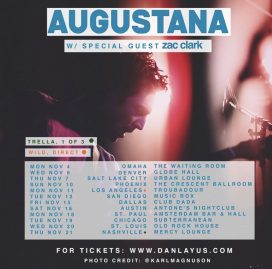 The British singer/songwriter has sold over 20 million records worldwide and has won four Grammys and multiple other awards over the course of his career. According to reviews he puts on an excellent live show and we expect nothing less. This show is in conjunction with the Andy Roddick Foundation benefit.

The Canadian singer/songwriter is most well known for her hit song “Scars to your Beautiful.” At only 23-years-old she’s already released two studio albums and has had three singles hit the Billboard charts. She just released a duet with Bastille called “Another Place.”

This California native alternative rock band is no stranger to multi-platinum sales. With eight studio albums and 19 million albums sold worldwide, they haven’t released an album since 2015. But they still get two nights at ACL, which means they’ve still got it.

SYML is the solo venture of Brian Fennell, who was previously part of the indie band Barcelona. SYML released a debut album on May 3, 2019 through Nettwerk Records. The show also features Boston-based electronic pop act Handsome Ghost who’s touring their Welcome Back album as well as some new tracks. 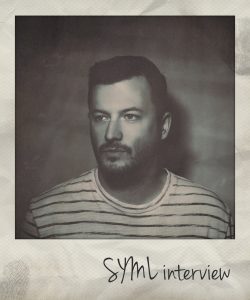