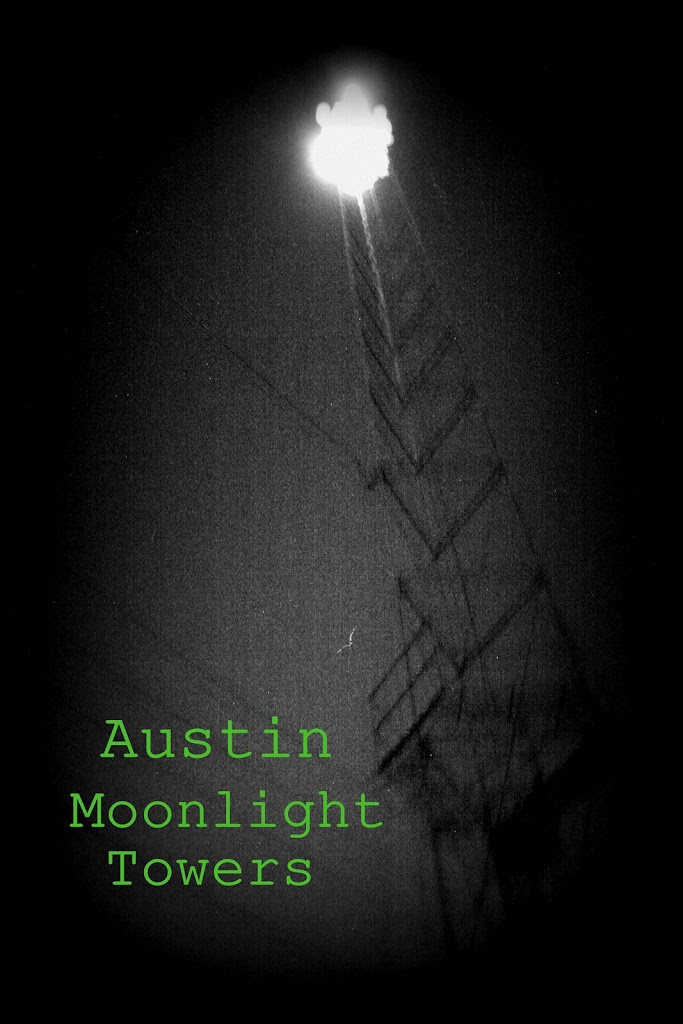 Do you want to see something that makes Austin a truly one-of-a-kind city?  The next time you are downtown take a look up at the sky to see if you are within sight of any of the 15 looming moonlight towers that were originally built here in the late 19th century.  They may not seem like much; the 165 foot metal towers look like something you might see at a baseball diamond.  They do, however, give Austin the distinction of being the only city in the world that still has an operating moonlight tower system.

Discovering that fact about the towers was pretty fun for my family because it means something to add to our “Superlative Landmarks Journal.”

Our journal began when we lived in Massachusetts and discovered we lived an hour from the longest place name in the US. (Ready?   Lake Chargoggagoggmanchauggagoggchaubunagungamaugg.  It’s pretty fun to say, actually.)  Of course we had to take a trek out there, and we’ve ever since then we’ve been on a mission to visit as many landmarks with superlative distinctions as possible.  Places with the biggest, oldest, deepest, or only instance of anything get to go in our book.

Want to start your own superlative landmarks collection?  Here are a few ideas for getting started in Austin:

and (possibly) coming soon….
Here are some others within day-trip distance of Austin:

Do you know of any other landmark superlatives within striking distance of Austin? I’d love to add them to my list of places to visit!

Katey is always up to something a little unusual. To see her latest ideas visit her blog Having Fun at Home.

Katey’s other posts for Free Fun in Austin include: