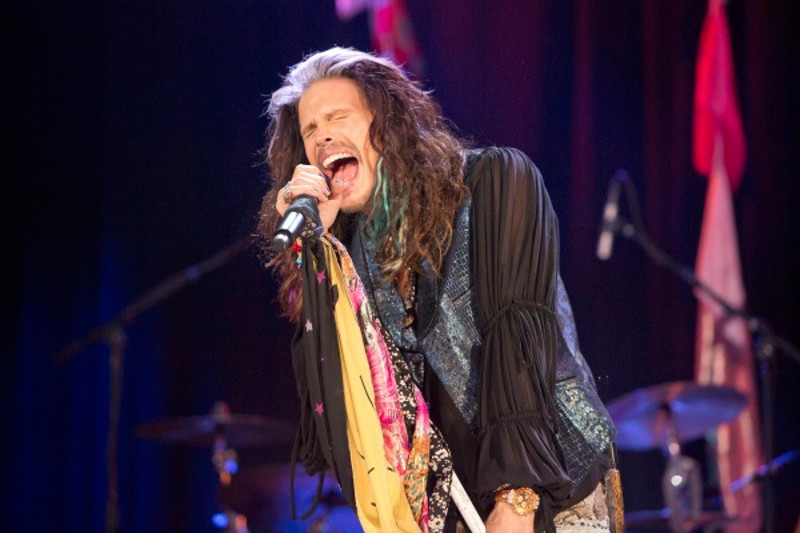 This Austin TV Show Is Rocking The Country Music World!

While Austin is known for its diverse music scene focused on many genres, it also has a well-known niche in country music, leaning more towards its traditional roots rather than the modern country genre. While we like to keep things local here in Austin, we also keep it weird, and that means branching out a bit.

That is exactly what Austin public television is doing with its popular concert series Front and Center, currently partnering with the Country Music Association (CMA) in its 6th season. Better yet, new episodes of the CMA Songwriters Series air right alongside. It’s a great time that no music lover should be without.

CMA Songwriters Series is a 55-minute special featuring country greats such as Ronnie Dunn, Brett Eldredge, Darius Rucker, and Kip Moore. Aerosmith frontman Steven Tyler is even going to debut his first country single, “Love Is Your Name,” on the show.

Getting its start in 2005, the CMA Songwriters Series has been filmed in over 90 cities around the globe, including Phoenix, Washington DC, Paris, and Belfast. Along the way, they have filmed artists such as Sam Hayes, Kenny Chesney, Sara Evans, and Lady Antebellum, to name just a few. And though Front and Center has been going strong only since 2012, it has the clout of the Live Music Capital of the World behind it, so it’s no wonder they’ve already nabbed artists such as The Fray and the Goo Goo Dolls for their broadcasts.

To put an interesting spin on the back-to-back shows, many of the above artists will be joined onstage by some of Nashville’s most well known songwriters at legendary venues such as Marathon Music Works in Nashville, Iridium in New York City, and Melrose Ballroom in upstate New York. While the musicians and songwriters get to play together, the artists mentioned above will also get a chance to demonstrate their skills individually throughout each episode, performing original songs during their own solo show to keep the audience engaged.

While fans will love that that they get a chance to see some of their favorite acts perform together, it’s even more of a thrill for the performers themselves. “It was a once in a lifetime experience shooting ‘Front and Center’ in Nashville with a bunch of my buddies, not to mention the best songwriters in ‘Twang Town,'” Ronnie Dunn explained.

“There would be no great songs without great songwriters willing to put everything they feel and think about life’s little nuances out there for the world to hear,” Darius Rucker added. “They are the creative core of our industry, and I’m happy to help shed some light on that process and talent with Front and Center.”

With a talented roster of musicians and songwriters to watch on this season’s Front and Center, it is sure to be the best yet, as viewers will get to experience a variety of different musicians and songs which makes for a diverse evening from two television shows that live, eat, and breathe music. Find your local listings online, and happy viewing!

Watch Steven Tyler perform on Front and Center below.