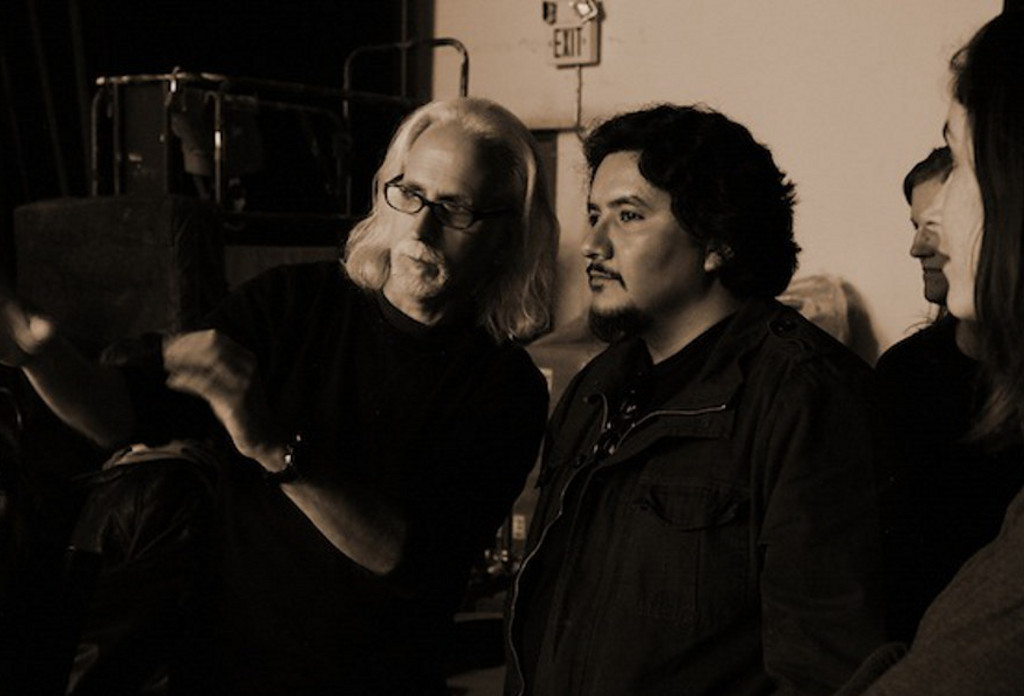 When Los Lonely Boys released their single “Heaven” in 2004, the band of three brothers was a relatively unknown Tejano group out of San Angelo, Texas. All of that changed when the single skyrocketed to the top of the Billboard Charts, reaching #16 and earning the brothers a Grammy for Best Pop Performance for a Duo or Group. Los Lonely Boys have since gone on to achieve international stardom, and released their latest album Revelation in March of this year.

Los Lonely Boys have long had their roots planted deeply in Austin. Their debut album was recorded at Willie Nelson’s Pedernales Studio in Austin with Willie sitting in on the session, and the man responsible for the success of their career is an Austin music veteran with more than three decades of experience in the music business. He is also the owner of Playing in Traffic Records, which features some of the best talent Austin has to offer. Austin.com recently sat down with Wommack to discuss the history of Los Lonely Boys, the record company, and his philosophy of nurturing musicians throughout their careers. As a beloved figure on the Austin music scene, Wommack began his career as a musician with his band The Wommack Brothers in the 1980s. He found his true calling when he began managing bands, but he believes his experience as a touring musician was invaluable, and made him more sensitive to the struggles other artists face on the road. His passion for developing musicians led him to create Loophole Management, which represents not only Los Lonely Boys, but also local favorites like Amy Cook, Ben Kweller, SPEAK, The Dunwells, and Dame. In 2009, after Los Lonely Boys ended their deal with Epic Records, he created the label Playing in Traffic to give his star clients, as well as other talent, a home.

As the head of Playing in Traffic, Wommack is unique in his approach to developing talent. He doesn’t just focus on one part of a musician’s career, but the entire trajectory of his or her path, from management to public relations to touring. His history with Los Lonely Boys is a perfect example of his philosophy in action. As he recalls the story of how he met the band, “It’s actually of a wild story. Rob Fraboni, who’s an A&R guy at Island Records and he’s record producer who produced The Rolling Stones, Bonnie Raitt and Eric Clapton was going to start a record label with Keith Richards. So they called me to say ‘hey, we found these three Hispanic kids and they need a manager. Would you meet us in Nashville to look at these guys?’”

Wommack went to the Los Lonely Boys show and thought the brothers were amazing. However, Keith and Rob didn’t start a label and as Wommack muses, “I ended up with three sons and we would sit here and write songs together. They were great writers and had great stage presence, but when we put them in the studio they were flat as a pancake. Really, they were so used to playing live, they started playing live as kids, that they needed something to make them feel comfortable in the studio.” That’s when Wommack brought Willie Nelson and Perdernales Studio in. He had the brothers camp out at the studio and make it their own, and that’s where the magic happened. After their debut was recorded, Wommack shopped it around to every agent and record label, only to be turned down again and again. At the time, most radio stations were looking for dance music, and Los Lonely Boys did not fit their image of what they thought they should be playing. Finally, Michael Caplan, who had just left Epic Records and started Or Music, heard the record and loved it and released it. As Wommack recalls, “Heaven hit the radio and blew up. We did a joint venture with Epic as soon as we got to 200,000 copies sold, and then went to two and a half million.” Heaven became the fourth most played song in the history of Adult Contemporary Radio.

Through his success with Los Lonely Boys, Wommack is now working with other artists whose careers he’s nurturing from start to finish. In a city so rich with talent, it’s difficult to decide which bands to work with. When asked what he looks for in a new act, Wommack is decisive. “First, we have to like it. Then I have to feel like, ‘Can I actually sell it? Is there a st
ory there? Is there a way to market this? What is unique about it? If it moves me, will it move other people?” He chose Amy Cook for her great vocals, and her power and presence onstage. There is really no genre they haven’t represented, except for traditional country If an artist is lucky enough to be signed by Loophole and Playing in Traffic, he or she can expect the same career development that Wommack’s other artists have enjoyed. As he states, “We’re a management company first, then we started the record label when the Epic deal was over with Los Lonely Boys, and we started that to help our other artists like SPEAK and Sahara Smith.” They also book European tours as well as helping with publishing and publicity. Wommack has booked artists on The Tonight Show as well as other major media outlets.

With all their success, Playing in Traffic shows no signs of slowing down. Most recently, they have teamed up with Ben Kweller and his imprint The Noise Company, who also represent local phenomenon Wild Child. Wommack met Kweller when he wrote a track for Amy Cook’s album and the two clicked immediately. Kweller was looking for management and running his own record label, and the union seemed like a natural one. Ben was producing Wild Child’s record, so they signed the group to The Noise Company.

When asked what makes Austin so conducive to having a record label, Wommack credits the “youth injection” we have thanks to the University of Texas and a new influx of students coming in to the city constantly, which gives the clubs a client base. He also credits the fact that Austin has more venues and musician’s musicians are drawn to the city. “Between ACL Fest and SXSW there’s a true focus on music in Austin.” He also credits the Under-18 bands here in town like The Painted Redstarts, Hunter Sharpe, and Finley Sexton for the creative musical ferment.

As a local business, Playing in Traffic is representative of what’s unique about Austin. It’s a highly successful label that’s still run out of a cozy bungalow in Rollingwood. Wommack’s son’s room was once home to the brothers in Los Lonely Boys before their stardom, and Wommack remains humble about his accomplishments. What they strive for is to nurture their musicians. “It’s all about their art,” Wommack states,” it’s all about making sure they have the right producers, the ability to be creative, because it’s really their art and we’re helping them get it out.” It’s a formula that has worked beautifully for Playing in Traffic and their artists and promises to for years to come.

All photos courtesy of Playing in Traffic