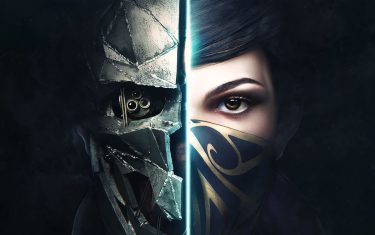 These Austin Game Developers Totally Killed It At E3 2016

The Electronics Entertainment Expo wrapped up at the end of last week in Los Angeles, and plenty of Austin game developers were there to show off their most recent projects. The Austin Chronicle has a bit more about the event, along with a rundown of the local projects.

Murder mystery meets virtual reality in this black and white offering from Twisted Pixel. For Wilson’s Heart, game creators want you to not just play the story, but to star in it. You’ll be in good company, too, as voices from Peter Weller, Rosario Dawson, and Alfred Molina lend voices to the story.

A post-apocalyptic version of Oregon Trail? Count us in for Overland by Finji. The color palate and intense, yet simple graphics seem like they would help you keep calm as you made your way across the U.S. on a trek for survival.

If the art alone doesn’t make you want to play one of 2016’s most anticipated games, you might be a little dead inside. Dishonored 2 from Arkane Studios looks absolutely stunning with game-play looks just as compelling.

- September 29, 2020
These Are Some of the Best Coffee Spots in Austin

Austin is flush with amazing coffee houses, all with their own personalities. Here are some of our favorites.
- September 29, 2020
5 New Austin Restaurants You Need to Try

Learn about five of the best new Austin restaurants: Devil May Care, Taquero Mucho, The Peacock, Nixta Taqueria and Reunion 19.
- September 29, 2020
Best Places In Austin To Get Your Pumpkin Spice On