While his friends tuned into Saturday Morning kid’s shows on the weekend, Michael Henderson’s idea of cartoons was National Geographic. So maybe it’s no surprise that a boy from Rosewood has carved out a career that’s taken him to places like Kenya, Oman, Morocco, Russia, Poland and South Africa, all to fulfill his life’s mission of educating the next generation about technology and entrepreneurship.

Henderson’s first majorly successful foray in this mission of his was to create a series of hack-a-thons that got technology enthusiasts to create applications to bring vital information to developing countries through text messaging, which is pretty impressive on it’s own. Along the way, he also became an accomplished children’s author. But that’s not unusual to Henderson: it’s all part of his life’s motto. “You make the dots, and we connect them,” he said.

As the founder of Developers Doing Development, Henderson is charged with bringing a variety of different technology and innovation initiatives to both the developing and the developed world. He’s received grants from IREX International and the White House, to create a curriculum teaching financial literacy by using agricultural products in Western Kenya. And before all of that, he put together a business exchange program where 25 African entrepreneurs and social leaders came to Austin for a cultural exchange. And most likely tacos. (We hope.)

These activities didn’t just come to Henderson though. “Growing up, the value of education was ingrained into me, “ Henderson said. “My mother is a teacher at Baldwin Elementary, and both my grandparents ran a school together.” 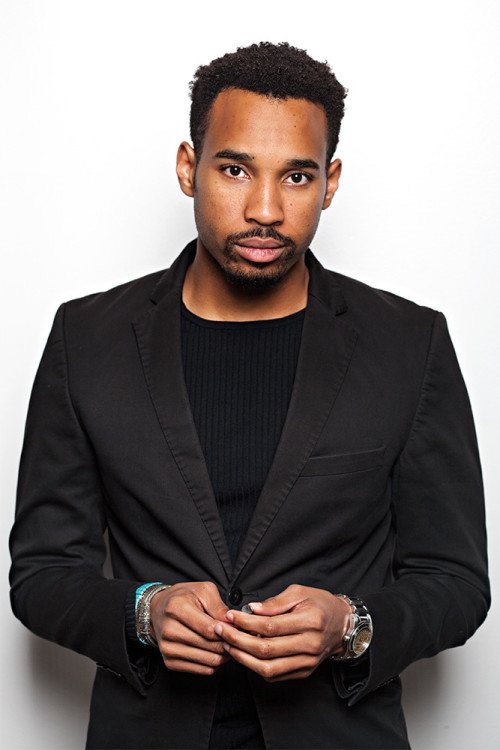 Henderson cites his grandmother as his inspiration, as she graduated as the valedictorian of her class at Huston-Tillotson University and was one of a select few women nationwide to earn their master’s degrees. “She could’ve done anything she wanted to, but chose to start out her career running educational programs on reservations in Arizona,” he said.

After spending a year at Garza High School, where his main activity was putting on talent shows, he was all ready to move to India and write books. However, fate stepped in and brought him to Howard University in Washington D.C, where he honed his passion for education, international affairs, and public policy. He traveled to several countries during his four years as a student, but his work in Oman, a small country in the Persian Gulf, gave him a study abroad experience that he never imagined.

“I decided to go to Oman for a study abroad program where I thought I was going to do research on economics and the Free Trade Agreement,” Henderson said.

What Henderson found instead was a community of young Omanis interested in breakdancing. Using his knowledge of hip-hop and public diplomacy from Rosewood, Henderson spent his time in country judging talent shows for these breakdancing teens.

Ultimately, he was able to broker a deal with Pepsi and RedBull, which not only helped create a space for the teens to practice their craft, but also secured funding for the group to come perform at the Kennedy Center in Washington D.C., in front for First Lady Michelle Obama.

“I was able to crack 1220 years of cultural misunderstanding through diplomacy,” Henderson said with a laugh.

Here in Austin, Henderson is using Doing Development to bring technology education to some of Austin’s most overlooked communities.

Through a mechanism he calls Code Orange, Henderson has assembled volunteer talent from the computer science programs at the University of Texas. These volunteer students teach 9-12 year olds, many of whom are from East Austin, programs like Scratch, Robotics, and Open Source code from MIT. Henderson envisions the program as a technology version of Big Brothers, Big Sisters as part of his efforts to “reimagine volunteerism”.

“If you’re an expert at something, shouldn’t you use your unique skillset to help better the community?” Henderson says.

So far, the program has been a success. Two cohorts of students have completed the program at the Pan American Recreation, with a third cohort set to start soon. Henderson he’s received a buy-in from the city of Austin Digital Inclusion office with aspirations of expanding to two additional recreation centers, and signed a contract with the City of Austin Parks and Recreation Department. These partnerships will enable him to expand the program even further.

For Henderson, success means the ability to inspire an entire generation to embrace the innovation economy, and bridge the digital divide.

“Many of these students that come through the program do not have computers in their households, but they come out of this program with a love and understanding of technology and its application in everyday life. “