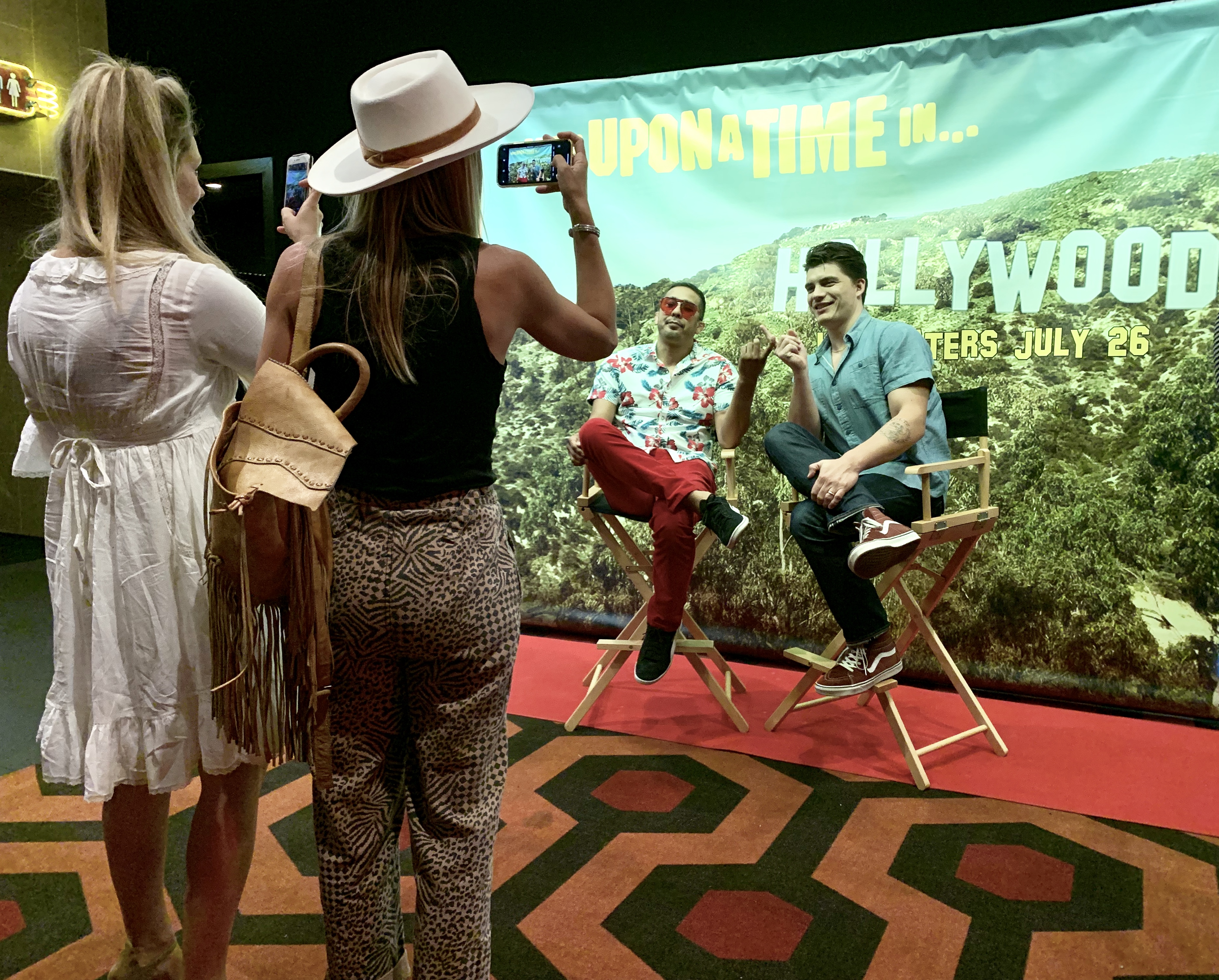 Austin Entertainment Headlines: Once Upon A Time, Supernatural, Family Feud, and More

Once Upon a Time In Hollywood Hits Theaters

Once Upon A Time In Hollywood is in theaters now but our pal at ATXgossip.com got to see a sneak peek of the film, with actor Zane Holtz also in attendance. The much anticipated film is being hailed as “Tarantino’s masterpiece” by Esquire. While it’s a pretty epic film, here’s hoping Tarantino still has a lot more in store for us over the next few decades

Happy Birthday to Lunchbox From “The Bobby Bones Show”

Happy birthday to “The Bobby Bones Show” co-host Lunchbox!  The Anderson High grad turned 38 this week. Here’s a picture of him extremely excited to be on “Celebrity Family Feud” last weekend.

Andy Roddick, Brooklyn Decker, and family took on the Bobby Bones crew on the aforementioned episode of “Celebrity Family Feud.” Things went a little south, pun intended, when the topic was “Reasons you’re in a hole.” Decker’s answer? “You’re a man having sex.” Roddick’s response was priceless. Their team went on to win $25,000 for the Austin-based Andy Roddick Foundation.

As “Supernatural” heads into its 15th and final season, the cast and executive producers took the stage at Comic Con for the last time on Sunday. When asked about the show coming to an end, star Jared Padalecki turned to the crowd and said, “Can we all just start crying so I don’t feel so weird?” Jensen Ackles chimed in, “It’s been quite a ride and it’s hard to express what we’re going to take away from that but lifelong friends, experiences of a lifetime.” The panel ended with an emotional goodbye as Ackles thanked fans for showing up and Padalecki concluded the event by saying, “I’m the luckiest man on the planet. My cup runneth over. Thank you guys very much. I’m going to miss you.”

First, the internet was blessed with this meme of the areas of Austin as represented by “SNL” characters.

Then, the always hilarious gang over at @TexasHumor put out this Matthew McConaughey meme.

Though as one of our followers pointed out, the Austin representation was a little bit off. So here’s an updated version.

Shark Week kicks off on Sunday and on August 3, you can catch an immersion special produced by none other than Austin’s own Rooster Teeth. More info in next week’s entertainment headlines. Stay tuned!