Orange You Glad Matthew McConaughey is a UT Fan?

Matthew McConaughey App Will Lull You to Sleep

OMG, you guys. You can lull yourself to sleep with Matthew McConaughey’s voice. A new app features our favorite Austinite reading you a bedtime story. Read all about it on the blog. Link in bio. ••••• #matthewmcconaughey | #alrightalrightalright | #calm | #mindfulness | #meditation | #antianxiety

Want to take Matthew McConaughey to bed each night? Now you can with a new app that promotes meditation, mindfulness, and restful sleep.

In the app, from a company called Calm, the Oscar winner reads you the 35 minute story “Wonder,” written by Chris Advansun. Read more about it here.

The Rodeo Austin entertainment lineup was released this week, and it includes some well known names like Martina McBride, The Jacksons (yep, those Jacksons), and Flo Rida.

There are also a hefty number of country artists currently topping the charts like Austin’s own Midland, Chris Janson, Walker Hayes, and Dustin Lynch. Get the full lineup here.

Waitress The Musical is currently playing at the Bass Concert Hall through January 27.  In the review posted on ATXgossip’s Instagram account, it’s heralded as “one of the best touring productions ever seen.”

When you see it, be prepared for a blast from the past. Richard Kline is in the production. If you’re old enough to know the show “Three’s Company,” you’ll recognize him as the somewhat annoying neighbor Larry.

Giveaway alert! Want to check out the play This Girl Laughs, This Girl Cries, This Girl Does Nothing at the ZACH Theatre? ••••••••••• The modern-day fairy tale features an imaginative blend of creative puppetry, live music, and fantastical storytelling. The story of family and friendship is recommended for ages 7 and up. ••••••••••• We’re giving away a family four pack for the 2 p.m. performance on Saturday. Head on over to our website to enter. Link in bio. ••••••••••• #zachtheatre #austintheater #giveaway #austinevents #atxevents #freefuninaustin #freefun #austin

The current family production playing at the ZACH Theatre is This Girl Laughs, This Girl Cries, This Girl Does Nothing. The modern-day fairy tale features an imaginative blend of creative puppetry, live music, and fantastical storytelling. It’s a story of family and friendship you won’t want to miss! Click here for more info.

Not quite so family friendly (this show is 17 and up), Hedwig and the Angry Inch opened on the main stage this week and will run through March 3. We’re checking out the show this weekend so keep an eye on our Instagram account for a review of the production. 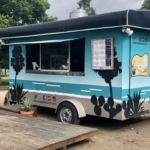 From private rooms to dive bars, Austin has karaoke bars for belting out the hits.
- June 18, 2021
14 Famous Austinites Who Also Make Great Dads

These famous Austinites aren't just great at the jobs that made them famous, they're great with the kids who made them family.
- June 17, 2021
12 Austin Swimming Holes You’ll Want To Cannonball Into This Summer 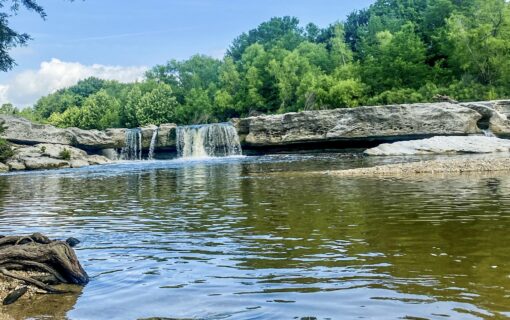 Austin swimming holes and Austin pools are where the action is in central Texas come Summer time. Here are 12 spots you will love!