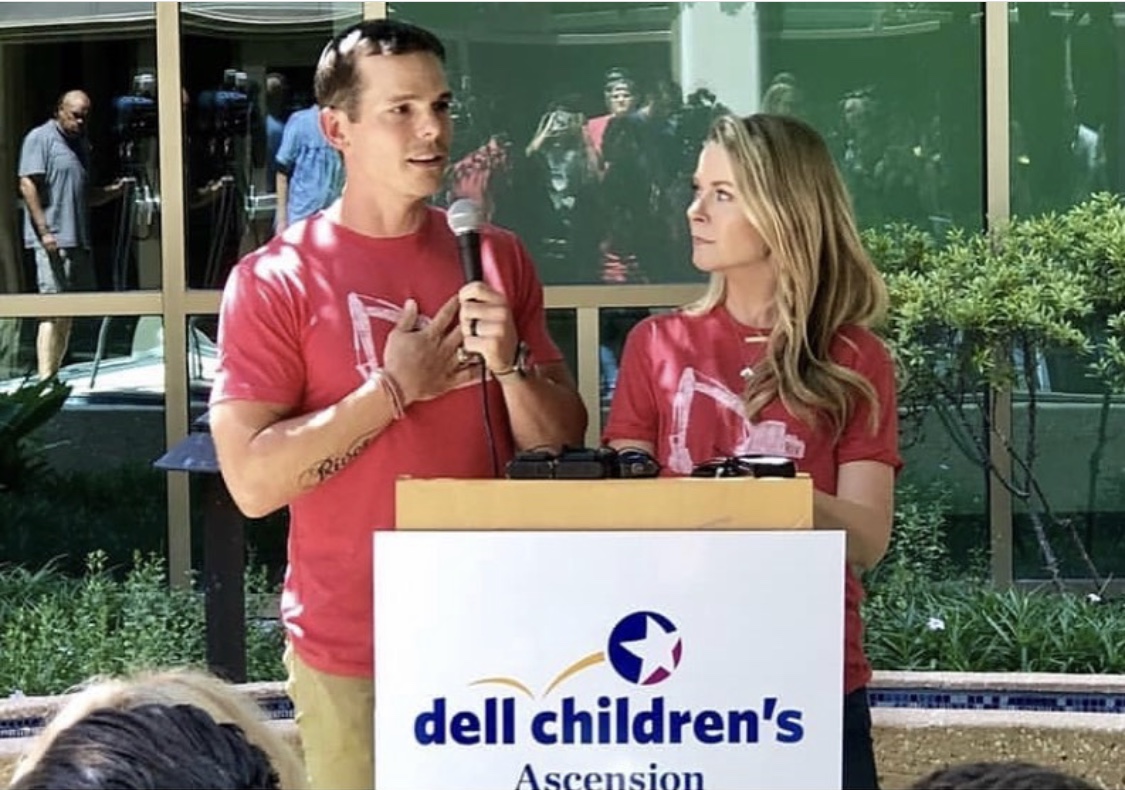 Granger Smith and his wife Amber made a donation to Dell Children’s Hospital in honor of their son River. During the presentation, Granger said, “I don’t know how you do it, but I thank God every day that there are people like you that love what you do and are so passionate about it. The first thing we wanted to do was to start giving back to Dell Children’s. It is a testament from ground up, sincerely I cannot thank you enough for our visit here and the kindness and sincerity that we got.”

Camila Alves posted a video on Instagram this week with the caption, “For those who have asked how we ended up living in Austin, here’s the story.” In the short video, her hubby Matthew McConaughey talks about how Austin has changed. “We’re going through some wonderful growing pains right now,” he says. “Austin has always been a place… where nobody’s too good and everybody’s good enough.” The UT grad goes on to discuss the evolution of the town and how we maintain our core values.

Criquet shirts has been providing passerbys of their South First storefront with amusing murals for years now. Their newest work of art by Austin artist Mez Data features a classic scene from Office Space. This year marks the 20th anniversary of the Mike Judge film.

The trailer for the upcoming movie Midway was released this week. Though not seen in this teaser, Texans Dennis Quaid and Woody Harrelson star in the film about the US Navy sailors and aviators who persevered through the Battle of Midway, a turning point in the Pacific Theater of World War II.