When Busy Philipps hosted her Busy Tonight talk show at SXSW’s Comcast NBCU house, she received a surprise from pal Whitney Cummings. The Central Texas Pig Rescue showed up with Joe, the pig Cummings rescued from the California wild fires, as well as a big boy named Maxwell. Pretty sure they brought a very large pig to make it adamantly clear that there is no such thing as a “micro pig” and any pig you purchase can grow to be hundreds of pounds. 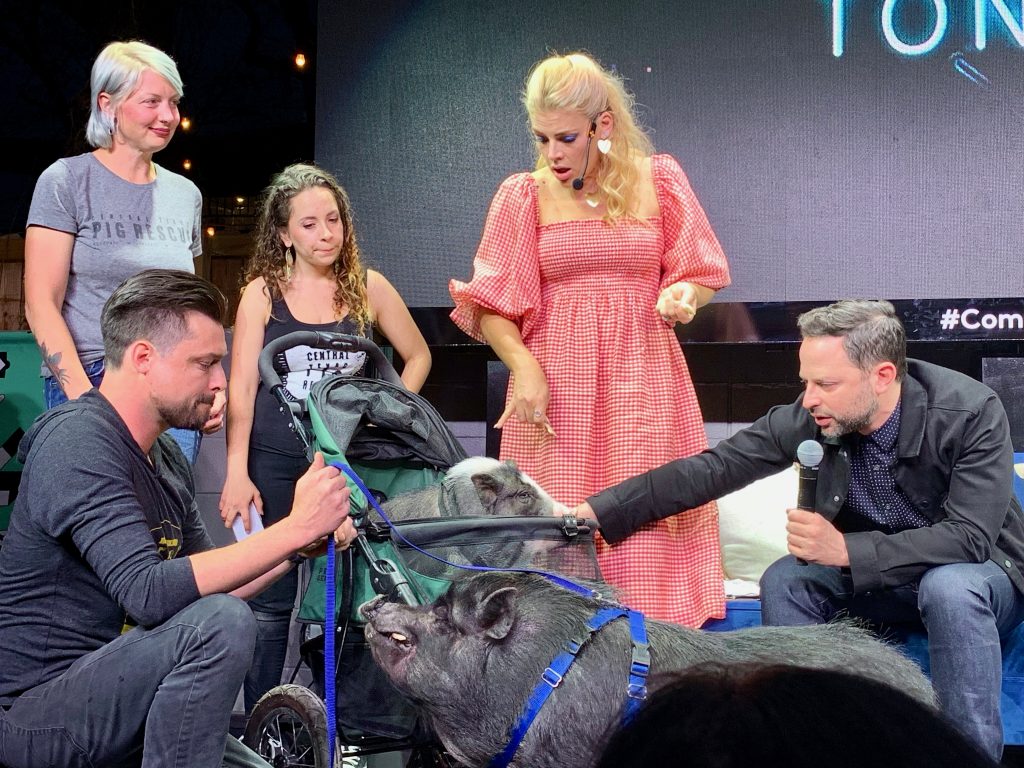 Charlize Theron and Seth Rogen were spotted all over Austin promoting their film Long Shot. But it was the post screening performance from Boys II Men that had everyone posting their excitement on social media.

Did Boyz II Men sang their biggest hit to us? But of course they did #sxsw #boyz2men #thelongshot

After Olivia Wilde premiered her directorial debut at SXSW, the actress hosted an epic afterparty with Santigold. And the affair just so happened to coincide with her 35th birthday. You can read more and watch performance videos here.

Joan Jett played the Media Temple Daily Mail closing night party for the interactive portion of SXSW. Many celebrities were on hand for the rock filled evening, including Lance Bass, Jax and Brittany from “Vanderpump Rules” (and their upcoming spin-off series), and Austinites Jared and Gen Padalecki.

Luck Reunion Is A Family Affair

The gang was all there for this year’s Luck Reunion. The Nelson gang, that is. Willie’s daughter Paula and sons Lukas and Micah all played sets at the revival, before joining their dad on stage for the event’s finale. Other artists who played the festival include Hayes Carll, Nathanial Rateliff, Mavis Staples, Shakey Graves, Langhorne Slim, and more.

Willie Nelson and family close out #luckreunion with “Will The Circle Be Unbroken.”