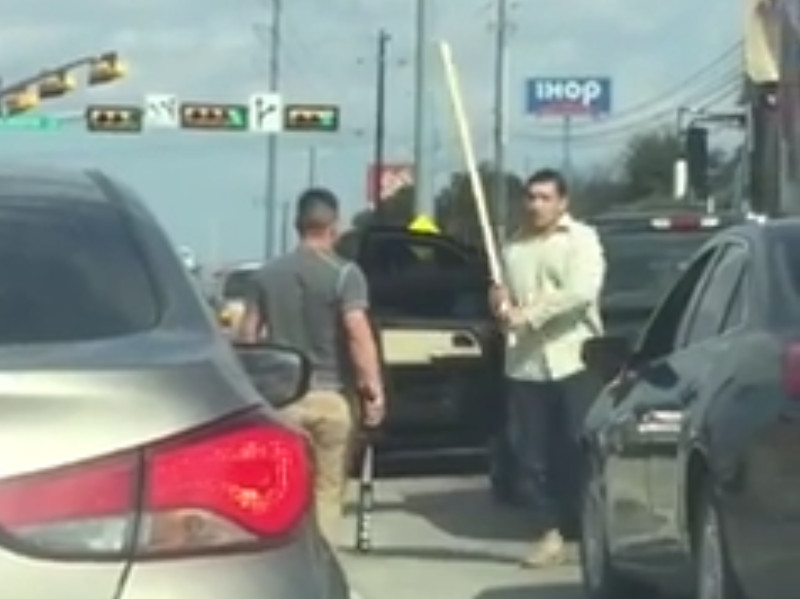 Two men with weapons battle it out in the middle of South Austin traffic. Cell phone video captures the violent road rage fight that has quickly gone viral.

Austin Police are aware of the incident that happened this afternoon on I-35 and Slaughter Lane. They are hoping people will think twice before acting aggressive.

It looks like a scene out of a movie.