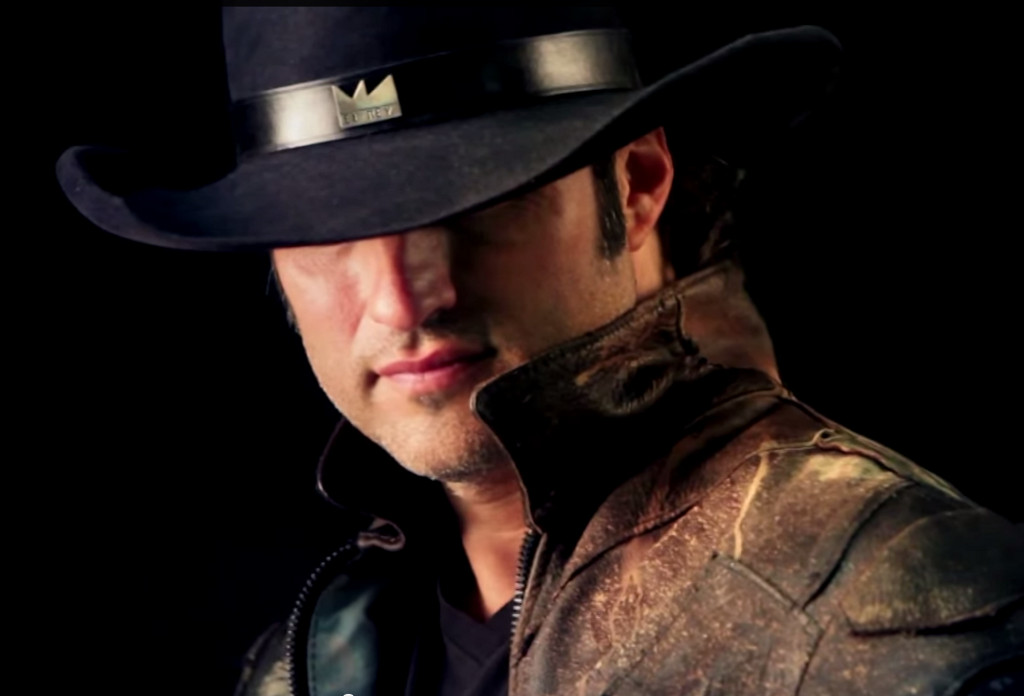 Aside from being an all-around great guy, Austin-based director Robert Rodriguez also happens to be a badass. We’re talking pure, 100 percent, grade-A, Mexican-American buttkicker — and it’s not just because of his movies.

Sure, films like “Machete,” “Planet Terror” and “Sin City” help bolster his cool mystique and Austin’s reputation as The Place To Be in Texas, but there’s something else about the guy — a take-no-prisoners, never-ask-for-permission attitude, if you will. It’s an ethos he puts into play every day at Troublemaker Studios, his cinema workshop based out of abandoned hangars at Austin’s old airport.

It’s also clearly apparent in the video below, shot and edited by Red Bulletin magazine. The mag, put out by the Red Bull energy drink company, has a big profile on Rodriguez in their latest edition.

“Someone else created the Hollywood system and the business, but for a creative person, it really doesn’t make a lot of sense,” Rodriguez told Red Bulletin writer Ann Donahue. “You have to have a little incubator of ideas where you can feel free to fail, feel free to take a chance on something. You can’t always go to a studio and say, ‘Hey, let me go borrow your soundstage, and I don’t even know why. I have an idea. Let me go feel it out.’ They’d say, ‘Get out of here.’ ”

That’s one of the big reasons Rodriguez is just so cool: He’s struck out on his own and doesn’t ever have to ask for permission, which is why “Sin City” and its sequel came into existence — and why he can shoot films written specifically for his children, like “Spy Kids.” That’s also an attitude certainly not unique to Austin, but definitely endemic in this town.

Fiercely independent folks like Robert are showing the way and we couldn’t be more proud to call him an Austinite. He’s also probably the coolest filmmaker alive, which sure helps. And while “Sin City: A Dame To Kill For” had its big premiere Tuesday night in Los Angeles ahead of its nation-wide opener on August 22, 100 percent of the movie was filmed right here in Austin.

With that in mind, here’s a little taste of the latest from Rodriguez’s Troublemaker Studio: