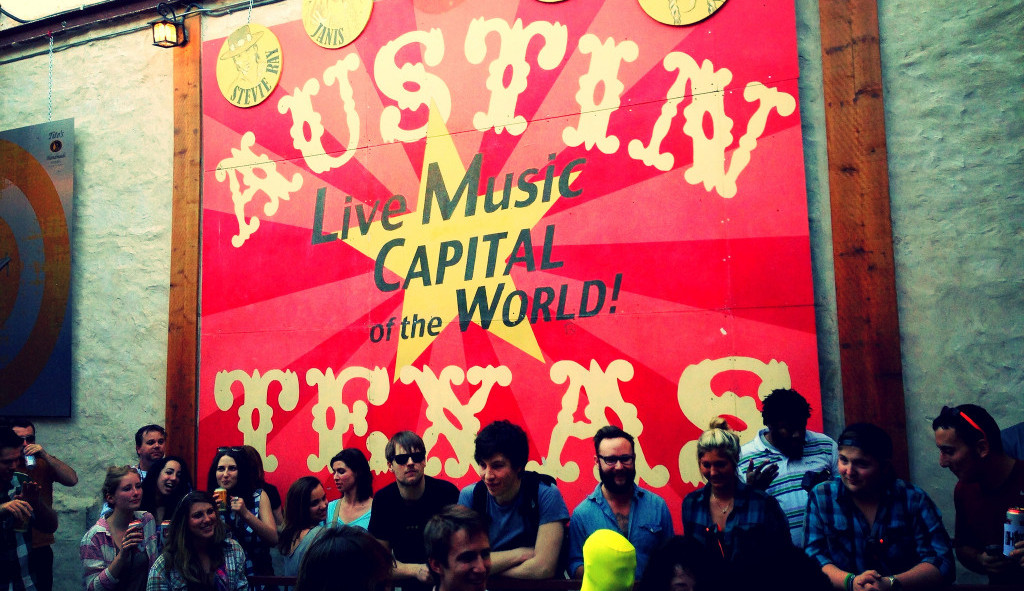 Update (Friday, March 6, 2015): Skoop Events is now available for download! Get it here. Neil Patwardhan, founder and CEO of Skoop by EmBazaar, told Austin.com that the concept for Skoop Events is very similar to the app already available to University of Texas at Austin students. “People spend an inordinate amount of time searching other social networks for content that is SXSW-related… And still, a lot of times people end up missing out,” he said. “When you’re missing out, that’s a very real thing. We decided to do something about it and bring everything into one micro-social network. So, Skoop Events is a single resource for everything going on at SXSW this year.”

As for “everything going on” at this year’s festival, Patwardhan really means it. “We’ve already added over 980 events, both official and unofficial,” he said. In addition to events, the app also features tabs including a bazaar where people can buy and sell items to anyone else using the app at SXSW this year, a “heartbeat” (kinda like a timeline for everyone’s SXSW-related news), a polling function that lets users get instant feedback from festival attendees, and a chat function for friends and strangers alike.

“It’s not just an events platform,” Patwardhan said. “The intention of this micro-social network is that everybody coming to SXSW is sharing news relating to SXSW.” And for all intents and purposes, this is already what Skoop is doing on numerous campuses across Texas.

Patwardhan, a graduate of Texas Tech, said he created the app to simplify college life and make social networking feel exclusive again. As Neil and his team have built Skoop out since launching in October of 2014, they realized the model can be applied to more than just college. “Besides UT, we’re in 14 other schools, including Texas Tech, Texas A&M, and we’re experimenting with some out-of-state schools as well.”

Austin’s world-renowned festival struck the Skoop team as a perfect opportunity to began expanding that model. Patwardhan said the combination of SXSW and Austin is ideal for his company because “there has never been a social network launched specifically for a single event.” Being that SXSW helped introduce the world to Twitter, the Skoop team has high hopes for this year’s show. “[SXSW] is a melting pot of amazing talent, great ideas, and wonderful networking,” he added. With Austin’s “dynamic cultural blend of big city life with small town feel,” Patwardhan said he feels confident this is the right place and time to show Skoop Events to the world.

“There is potential for this to grow and do micro-social sharing for other events in the future,” he added.
——