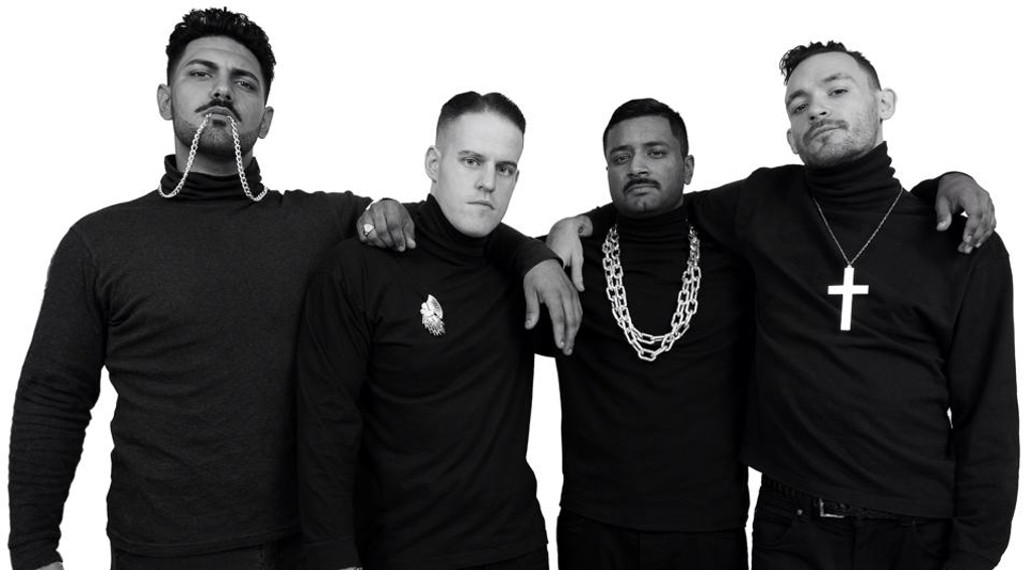 Gloves, a funk-rock band from Austin, claim that they “expand the possibilities” of their genre. On their latest album, Get It Together, released in March, listeners may find that to be a far-reaching claim. But that’s not a bad thing at all. Buy “Get It Together” on Bandcamp right now for just $10!

“Bobbi & Whitney,” the record’s fourth track, still sounds very funk influenced, with a slight jam-band feel. While its guitar riffs keep it nice and spritely, the track also feels very repetitive and at times even jarring. It does not feel like an expansion of the genre, but certainly an experiment to those ends.

“A Little Deeper” begins with a biting drum that loops in a funky bassline. As the lead guitar kicks in, “Deeper” morphs into a catchy number that comes across as the record’s strongest tune. As it progresses, each member gets a chance to show off their musical abilities. It’s in this unity that Gloves becomes a very strong unit. Deliciously funky, “A Little Deeper” is the track on this album that’ll get crowds dancing during live shows.

“Hy-Top” is an interesting track to include on the record, as it isn’t quite as lively as previously songs. While the band is clearly trying to take things down a notch at this point, the momentum of the album might make listeners want Gloves to keep up the energy. It leaves the audience feeling like a really fun party has just stopped abruptly. But then, that’s just another sign that they’re trying to do things differently.

Get It Together closes with “Winter Storm Cleon,” a track that actually does push the genre’s envelope in terms of sound and style. Incorporating different effects throughout, “Winter” makes for a very interesting closer, giving listeners the feeling that Gloves are well on their way to fully realizing their sound.

It’s obvious that Gloves has worked hard to find a sound that fits them well. It isn’t unique, but it is certainly different. They may not be reshaping rock and roll just yet, but that doesn’t make Gloves any less fun.

Check out more of Lauren Gribble’s reviews at her website, Listen Here Reviews.