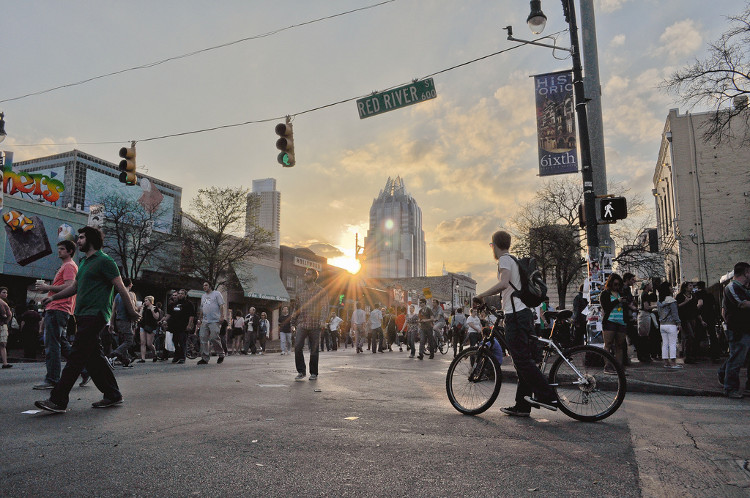 Aus10 Live: These 10 Bands Will ROCK Your Weekend!

Thousands of music fans land in Austin every year for its variety of music festivals and they will be doing it again starting this Thursday for Fun Fun Fun Fest, a festival highlighting many of music’s well loved alternative, punk, and hip hop hip bands. While you will have plenty of groups to see throughout the weekend such as Pity Sex, Dirty Kid Discount, and Potato Pirates, there are also plenty of night shows happening all around town in case you want to continue listening after dark.

If you’re looking to get away from the madness at Auditorium Shores, head on over to Austin Beer Garden Brewing Company to dance along to the sweet twangs of Jenny and the Corn Ponies, a local Austin group that knows how to give their audience a good time, along with bringing plenty of dance moves.

Inspired to write his latest EP Walkin’ Papers after being deported from the UK for not having the right music visa, East Nashville musician Clark Paterson has written a moving and soulful batch of songs that will resonate with country fans old and new. As he makes his way across the Lone Star State on his current tour, Paterson is an artist that everyone should see. With his relaxed and personal performance style, Clark is the next memorable artist to come out of the Tennessee music scene.

Local Austin band Dirty River Boys perform a rousing blend of country, bluegrass, and a sprinkle of Irish music that makes fans go crazy whenever they watch the band perform. With foot stomping rhythms and rough vocals, the Dirty River Boys are the perfect band to get your Saturday evening started. For a taste of what they can do, you can watch them perform “Raise Some Hell Tonight” below, as they blend genres flawlessly while giving their fans an exciting performance.

For those ready for Day 3 of Fun Fun Fun Fest, you could not ask for a better lineup to kick off the weekend. With acts such as American Football, Off!, and La Dispute, your weekend will be jumping in no time with the music starting up at 12:30 pm and going until 8:45 pm, as your day is filled with the lively sounds of some of the music industry’s most entertaining and fiery bands.

Austin’s own Joe Crookston is a folk singer-songwriter who performs an emotional set of songs that you won’t be able to get out of your head, while his relaxing guitar skills will transport you to another land as you enjoy your Saturday evening. Crookston, a multi-instrumentalist, adds a variety of different sounds and tones to his music that jives well with the type of music that he wants to perform, while drawing listeners into his songs and demonstrating his rich songwriting abilities.

Guitarist A. Sinclair will be making an appearance at Austin Beer Garden Brewing Company alongside guitar player Nic Armstrong for an evening full of songs that are inspired by garage rock, while playing with a simplicity that isn’t glamorous or flashy. With strong vocals and an edgy sound, neither Sinclair nor Armstrong are artists to miss out on and will be performing in a great environment to enjoy your Saturday.

To end the weekend at Fun Fun Fun Fest, the festival will be featuring artists such as Ringo Deathstarr, Lauryn Hill, and Doomtree. While all three of these artists play different genres, that’s what makes Fun Fun Fun one of the best festivals that Austin has to offer, as attendees get to experience a plethora of different acts to suit every taste and preference. While the festival is not sold out, we suggest you get your passes now so you don’t miss out on the fun.

After spending time in the Army as a journalist, local singer songwriter Teri Joyce decided to settle in her parents’ home state of Texas, eventually putting down roots in Austin. Keeping with the traditional sounds of country music is something Teri does well, and those looking for music fit for a honky-tonk will be pleased with Teri’s performance. Her love and enthusiasm for her adopted hometown will be a hit among the crowd as well, as her song “Austin, Texas, USA” off of her most recent album Kitchen Radio is a catchy and fun tribute to our state’s capitol.