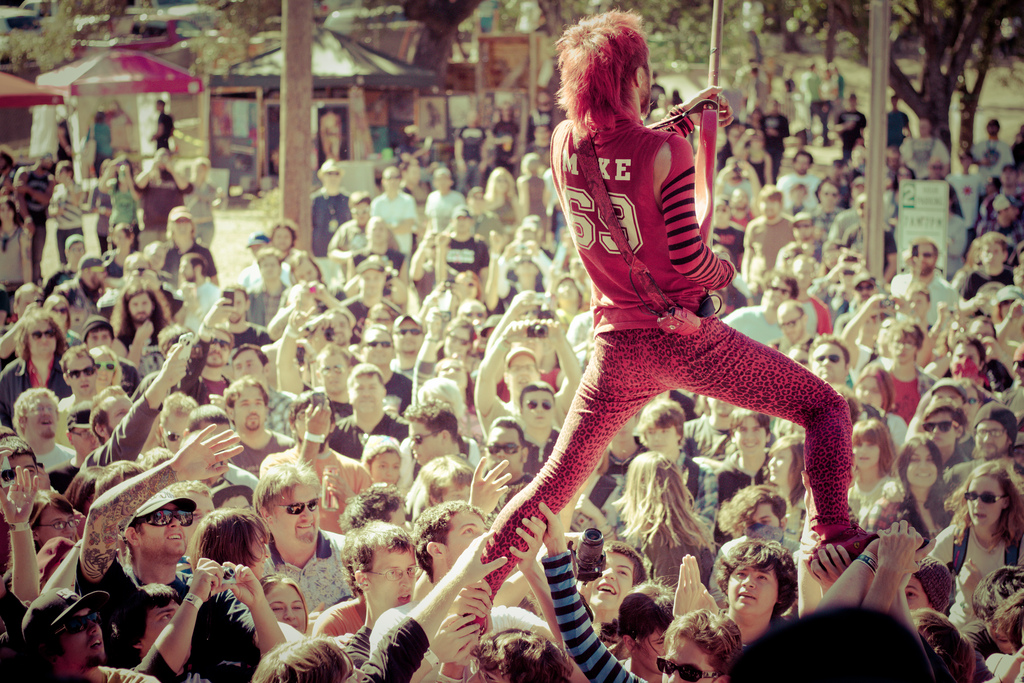 Aus10 Live: These 10 Bands Will Light Up Your Weekend!

While Austin has its fair share of great bands, you can now add blues act Big Cat to the list. All of the group’s members have lived in Austin for many years playing with many of the city’s best artists, in addition to working with greats such as Leonard Cohen. In the video below, the band performs a soulful rendition of their tune “Nothing But Love” which is a great way to kick off the Halloween weekend.

Jim Stringer and the AM Band at Austin Beer Garden Brewery

Jim Stringer will be taking the stage at Austin Beer Garden Brewery this Friday evening to play some of his traditional country tunes. The bands relaxed playing style, coupled with lively songs, will heat up your weekend nicely as the weather begins to cool. For the music fans looking for a more laidback show to attend this weekend, Jim Stringer and the AM Band is a fantastic choice.

Grupo Fantasma at The Mohawk

Saucy sounds and groovy rhythms are what Grupo Fantasma are all about; as they bring plenty of spice to every show they perform. While their lyrics are sung in Spanish that should not be a deterrent for anyone who is thinking about seeing this lively band perform, as their exciting set will keep you dancing all night long as you start off your weekend.

The Coathangers at Sidewinder

Coming all the way from Atlanta, Georgia this female indie rock group play a great set of fuzzy and vibrant rock tunes that you will become addicted to right away, as front woman Crook Kid Coathanger will pull you in with her raspy and snotty vocals, while the rest of the band comes along for a wild ride, playing with a fierce passion that should not be missed.

The Toasters at Flamingo Cantina

Originating in Jamaica in the 1960’s, ska has become a popular music genre through bands such as No Doubt and Sublime. Known as one of the original groups to form during ska’s third wave of existence, The Toasters who formed in 1981, are celebrating their 34th anniversary and kicking off their week in Texas by performing in Houston while making stops in the Hill Country to perform in both Austin and San Antonio. Performing a bright collection of songs that intertwine reggae and horns, you won’t be able to get enough of this legendary ska bands music. And if you haven’t heard of the group before this weekend, you will leave their performance wanting to hear more, all while wanting to discover more of ska’s punchy sounds.

If you are looking for a Halloween party that combines Halloween themes and R&B you should look no further than the Zombie Ball happening at ACL Live this Saturday. Headlined by some of R&B’s most notable acts including Salt N Peppa, there will be two radio stations hosting the event including 94.7 with their DJ’s Alex, Sara, and Booker, along with 96.3’s Suga Rae and Snoop Daniel, who will give R&B fans a night to remember.

DIIV at The Mohawk

DIIV will be hitting the stage at the Mohawk this Saturday with their bright and cheery indie rock songs that will add some shine to your weekend. From Brooklyn, New York the band started as a solo project by front man Zachary Cole Smith in 2011, inspired by such bands as Nirvana, though DIIV takes on a lighter sound than the former grunge trio. After releasing a few singles, the group supported the Vaccines on their UK tour in 2012. If you are curious to hear more from the band after attending the show, DIIV just released their latest album Is The Is Are this week.

Labeling their music as something that is suitable for music nerds, Reptar has just released their second full length album Lurid Glow, playing music that is influenced and comparable to Talking Heads and MGMT, while turning each show they play into a party that won’t be forgotten for a long time.

Skylar Spence, the electronic music project by musician Robert Derobertis is coming to Austin as part of the Prom King Tour, in support of Spence’s latest album of the same name. After receiving acclaim from blogs such as Stereogum, The Fader, and Pitchfork, Skylar Spence released his 2014 EP The City, and went on tour with Painted Palms while also signing to Carpark Records. After being called “addicting and fun” by Stereogum in 2013, we are sure that his colorful tunes will be a great way to get your Halloween celebrations off to a great start.

Austin Beer Garden Brewery will come alive this Saturday night as local country artist Amanda Cevellos takes the stage at one of Austin’s most popular venues. With her clean and soulful vocals, backed by a tight band of talented musicians, Amanda and her music is sure to delight and entertain everyone who watches her perform.

For more of Lauren’s music reviews, head over to her website…