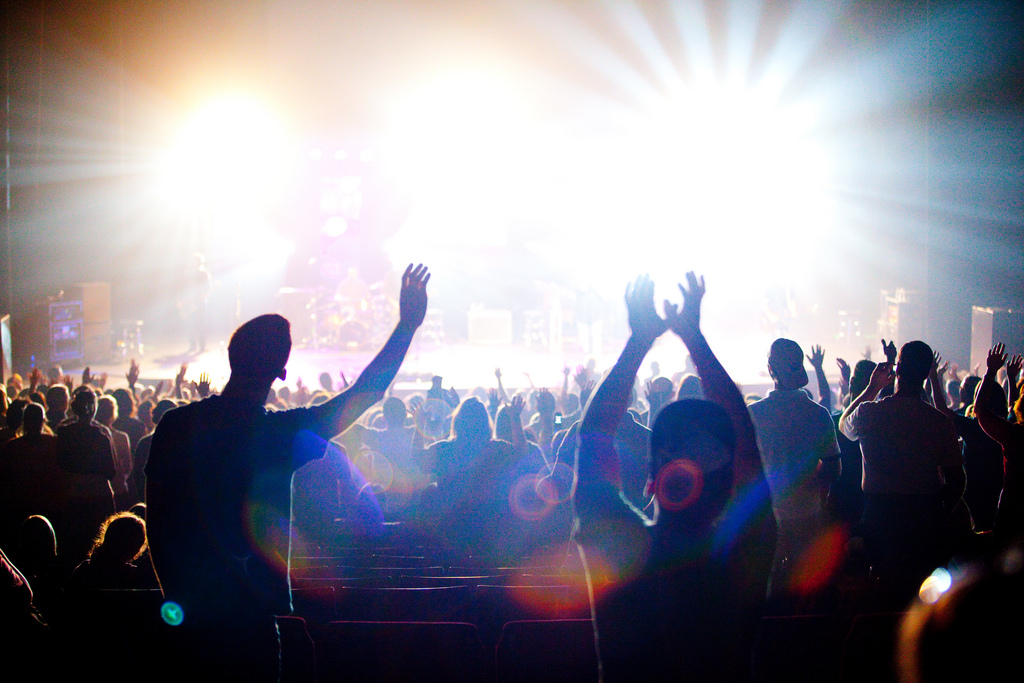 Aus10™ Live: You Need These Austin Shows In Your Life

Peligrosa, a DJ act that started in 2007 as a way to pay tribute to those closest to the group in Mexico and South America, will be taking their live performance to the Empire Control Room and Garage this weekend. The show will be a guaranteed party for those who haven’t experienced the group live, as you will hear Peligrosa join the smooth rhythms of Latin America with modern DJ techniques, making them one of Austin’s most unique DJ groups, while bringing a cool ethnic flavor into their music. 21+

Peach Kings at The Mohawk

With easygoing pop licks and woozy “oooh’s…” from front woman Paige Wood, The Peach Kings aren’t a band to miss if you love indie rock with a stripped down vibe. Performing their song “Soon Will Be” for Jam In The Van in the video below, curious listeners will get a good taste of what the bands performances will be like, perfect for a relaxed and chill evening, which will be the right environment for putting the week behind you.

With so much music being played live every day in our growing city, it’s safe to say that a new group pops up every week, and this weekend that new band is Manican Dream, a fairly new act who will be taking the stage at the Swan Dive. While the band is still unknown, after listening to a jam session that the group posted on Youtube, their spin on electronic music certainly sounds interesting and definitely something Austinites will be into. Mixing and recording different sounds makes the song which is untitled, an interesting listen. Sounding a bit like techno and EDM giants Moby and Paul Oakenfold, it’s hard to tell from the video whether or not Manican Dream will blow up within the local scene, but after listening it sounds like they want to try.
Tickets: $5.00

A sign of a good pop band is one that always writes good songs with flavorful hooks and catchy melodies that we can’t stop humming. Local Austin band Blind Lead The Blind do exactly that, and as we dance the evening away, the group will certainly turn the Lucky Lounge into a dance floor that won’t stop shaking. In their music video “Sing To Me”, the group plays an acoustic guitar with enthusiastic vocals over a song that feels more fit for the summer season than something you’d stumble upon in the middle of winter. If you become wrapped up in the bands ridiculously catchy music just by this one song alone, than we suggest you head on down to the Lucky Lounge this weekend and check the band out.

On his latest album Ghosts In The Attic which Reed Turner released several years ago, he introduced us to his quiet and delicate acoustic tunes complete with outstanding lyrics and storytelling. Now Turner is back to celebrate the release of his new EP Native Tongue, with a CD release party happening at Stubbs. Sure to be a fantastic show, Reed will not disappoint with his new music as fans old and new will adore his new songs.
Tickets: $8 (advance) $10 (day of show)

This year the KUTX Winter Jam will be taking place at Austin Beer Garden and Brewery and will feature three local rock bands that have made a name for themselves on the local radio station as bands that write great songs and put on memorable live performances. With dreamy hooks and passionate vocals, each of these groups bring something different to the local scene, and if you decide to catch the show this weekend, we are certain that each band will become a favorite.

The Villas at Hotel Vegas

With melodic guitar lines and colorful vocals, local rock act The Villas have a certain feel about them that we can’t shake. The band is a group that everyone should know about due to their original sound and catchy songs, making them a popular draw throughout town. With tracks such as “Life Goes On” we hear the bands fuzzy guitar and surf influences as they write a song that will immediately become stuck in your head.

Crazy Spirit at The Sidewinder

With songs like “Train” punk band Crazy Spirit have cemented themselves as being one of the best in their genre with fast beats and catchy guitar riffs that really bring out the filthy spirit of punk with minimum effort. For those who want to add a serious jolt to their weekend, Crazy Spirit will be the best choice for a band to help you do that. You can check out “Train” below to get a taste of the bands snotty sound.

Strahan and The Good Neighbors at Austin Beer Garden and Brewery

There is always good country music to be heard at Austin Beer Garden and Brewery, and this weekend local band Strahan and The Good Neighbors will be bringing country to local music fans who want to sit, kick back, and enjoy the final hours of their weekend. With easygoing songs and an enjoyable stage presence, the band isn’t one to miss, so we suggest you get to the venue early to secure a good seat.

If you would like to read more of Lauren Gribble’s features, you can head to her website Listen Here Reviews.[/nextpage]