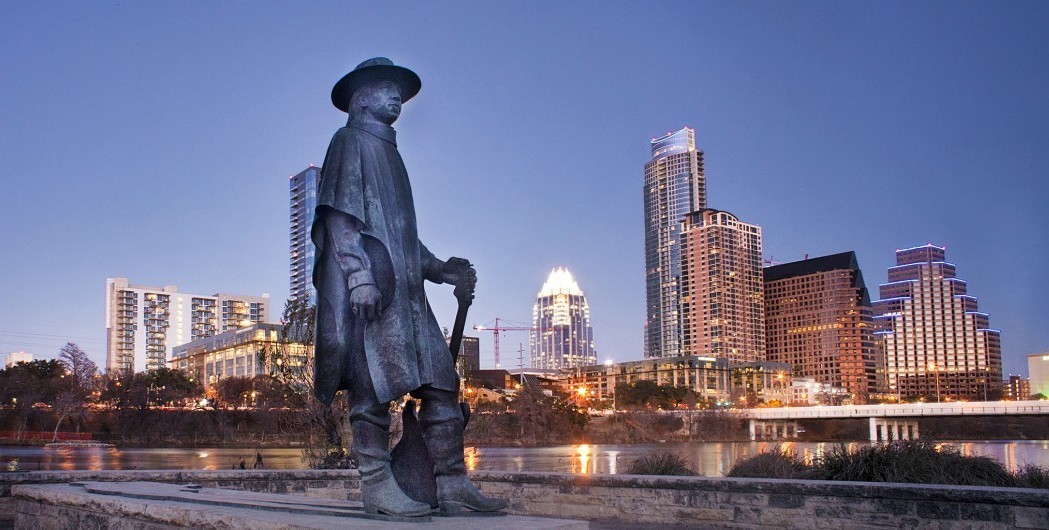 Ready to see some local shows this weekend? We are! That’s why we’re back again with 10 more recommendations from our music critic, Lauren Gribble. If this post gets your head nodding, enter your email below to get these lists delivered every Thursday.

Gary Wilson is a musician that adds a bit of quirkiness to his tunes. Recently featured on music website Noisey, Wilson is celebrating the release of his upcoming record Alone With Gary Wilson at Austin’s famous record shop Waterloo Records. You can get a taste of his unusual sounding songs by listening to his new single “I Really Dig Your Smile”, which is a highly entertaining and bubbly track that will kick off your weekend right.

While their name may suggest that one of Austin’s all female rock bands write lighter sounding tunes, The Bluebonnets will get your weekend off to a rockin’ start as they perform edgy and energetic rock songs that won’t leave your head. Always lively from start to finish, The Bluebonnets are a local act not to be missed.

Heading to Texas all the way from Ashbury Park, New Jersey, Toothgrinder certainly live up to their name due to their crushing and fiery brand of metal music that jars you right from the moment it begins. Filled with growls and double bass drums that make the venue shake, Toothgrinder is a great option for music fans who want to experience something abrasive and striking this Friday evening.

Going strong since 1980, Christopher Cross has had several hits that are memorable including “Sailing” and “Ride With The Wind”, both pop hits that led Cross to the top of the charts. Performing all around Austin, Cross will be performing at the Paramount Theatre for the venue’s Centennial Season.

Wavves at The Mohawk

If you are in the mood to watch an up and coming artist, we suggest you get on down to The Mohawk to catch Wavves who will be performing with Twin Peaks and Swimmers. Releasing their new album V out on October 2nd, this performance is the perfect show to ease into the band’s music and get familiar with it, as you won’t want to stop listening afterwards.

Now in its 105th season, the Austin Symphony will be performing music from American, Russian, and German composers, which not only makes for a well rounded evening, but also a rich and beautiful one that takes us back to the beginnings of music as an art form. As a bonus, pianist Andre Watts will be performing as he celebrates 50 years as a professional pianist.

Mimicking Birds at The Mohawk

For the rock music fans out there, you should look no further than Portland rock band Mimicking Birds. With beautiful songs such as “Burning Stars”, the Mimicking Birds are the perfect group to begin the fall season with, as their songs take on a much more intimate vibe. They will also be playing in a smaller environment that allows the audience to really experience the band and the vibe that their music creates.

Over the past 13 years, metal band Course of Ruin have toured across Texas introducing metal fans to their energetic and dark music. This weekend will be the bands last show together as they have decided to call it a day. Playing alongside other groups such as Critical Assembly, Anger Kill, and Driven Below, this show should not be skipped if you are familiar with Course of Ruin. Due to the bands long history in Texas and in Austin, we encourage you to get to the Dirty Dog Bar early so you can get a decent spot.

A punk and indie band that takes its name from Shakespeare, Titus Andronicus is a band that puts on a highly entertaining show that we recommend highly. Known for releasing a concept album titled The Most Lamentable Tragedy earlier this year, Titus Andronicus is certainly an ambitious act that should not be skipped, whether you are listening through headphones or seeing them perform live.