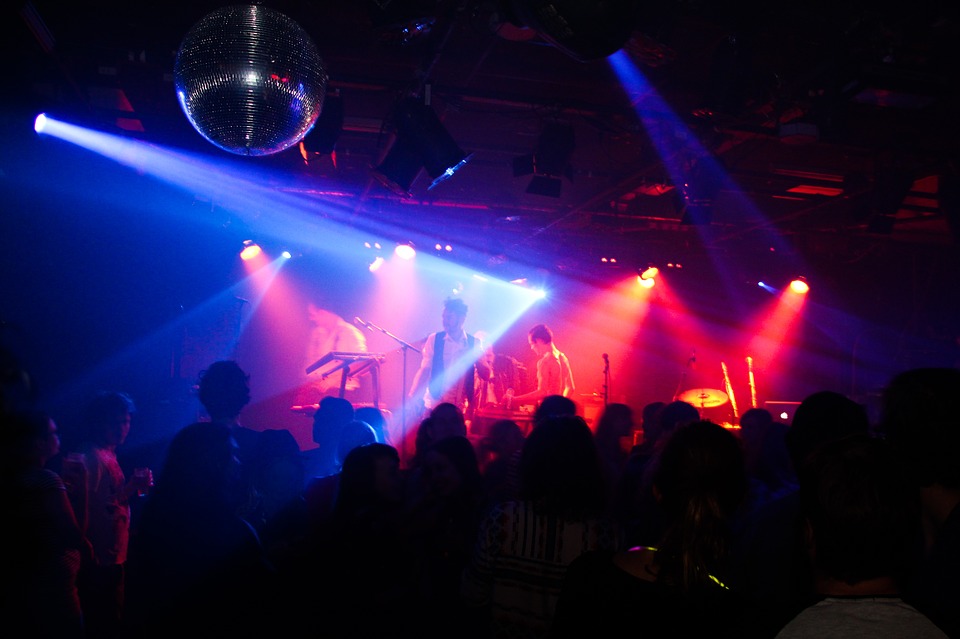 Aus10™ Live: 10 Shows To Get Your Weekend Bouncing!

Growing up in a small Nebraska town was the perfect setting for local country artist Devin Jake to begin his career, as he sings about entertaining friends and family by performing old fashioned country tunes, along with reminding us that sometimes being simple is the best. While Jake was the only one of his six siblings that carried on the family tradition of performing after leaving home, Devin has made good use of his talent by writing meaningful and beautiful tunes that speak to all of us.

Formed in the mid 80’s when hip hop was considered a fad by the music industry, Brooklyn female hip hop act Salt N Pepa became of the most well known groups of all time within the rap genre, releasing a string of hits that made them one of the biggest hit makers of the decade.  After disbanding in 2002, we’ve seen the trio flit in and out of the music industry over the years, but now they are coming back to the Cedar Park Center this weekend with some of your favorite 90’s artists which includes Vanilla Ice. If you were alive during the height of Salt N Pepa’s fame, than this is a performance that you cannot miss.

While local EDM artists are still trying to catch on in our local scene, there are still plenty of them who roll through town on tour, and this weekend Emo’s will be hosting a show by electronic artist Medeon, a funky and vibrant DJ that comes up with creative ways to illustrate his musical ideas, which is wonderfully displayed in his song “Pop Culture” which a live mashup of thirty-nine songs he enjoys. If you’re looking for a venue where the beats will bump and throb all night long, look no further than Emo’s over on East Riverside, as we are certain that there will not be a better show to attend this Friday.

The Zoltars at Hotel Vegas

Indie rock has certainly become a popular genre in the Austin area, and local indie band The Zoltars will be taking the stage at Hotel Vegas this Saturday to spread good vibes and chill music with their mellow songs. A showcasing artist last year at SXSW, this small (but buzzing) band won’t be small for long as their relaxed tunes are addictive and well played.

Major Grizz (formerly known as Fire In The Kitchen) will be playing their first show under their new moniker at Stubbs this weekend, where they will be playing their laid back acoustic music that has warm guitars and inviting vocals. Performing on Balcony TV several years ago, their performance gave fans a taste of the group’s style and presence that feels like they could shape up to become a great acoustic indie band in Austin. If you are curious to see the band perform under its new name, head on down to Stubb’s this Saturday.

Denton, Texas act Riverboat Gamblers will be bringing their energetic performance to newly opened club Sidewinder with the intention of bringing the house down. With energetic tracks such as “True Crime”, everyone watching will immediately become enthralled with the bands punchy style of rock music. For anyone looking for a fun time this weekend after the Super Bowl comes on, look no further than the Sidewinder for all of your live music needs.

Los Angeles pop band R5 will be hitting the stage of the Paramount Theatre as part of a tour to support their current record Louder, as they perform hits such as “(I Can’t) Forget About You.” With their indelible hooks and irresistible melodies, R5 could be the next big band to make it big.

Jukebox The Ghost at The Mohawk

Jukebox The Ghost, a Washington D.C. indie band, have been going strong for the past years, releasing songs that we can’t stop spinning while building up a loyal and devoted fan base that truly loves their music. Playing a set at the intimate Mohawk, this will give new fans of the group a chance to really experience Jukebox The Ghost’s live show which should be a must see on your music list this weekend.

New Zealand and Los Angeles rock act Unknown Mortal Orchestra will be bringing their indie rock and trancelike music to Austin this weekend as they have a show at Emo’s this Sunday night. If you are looking to get away the craziness of the Super Bowl in hopes of finding good music, Unknown Mortal Orchestra should satisfy your musical craving as you close out your weekend.

Do you want to continue the Super Bowl party after the game? Empire Control Room and Garage will be hosting an after Super Bowl Party not only celebrating football’s biggest event, but also the life of hip hop superstar Dilla Day for his contributions to the hip hop community, as he passed away unexpectedly at the age of thirty-two in 2006. If you are a diehard Day fan, than heading on down to the Empire Control Room and Garage will be the right option for you as you take in the last few hours of the weekend.

If you’d like to read more of Lauren Gribble’s features you can check out her website Listen Here Reviews.