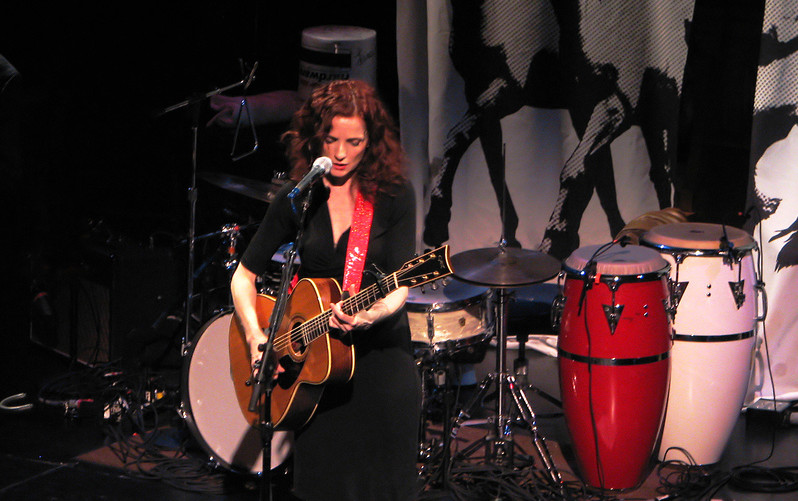 The Cure, Patty Griffin, From Indian Lakes… There are so many amazing artists are playing in Austin this weekend, it’s hard to know where to start! This list should help. Now go have some fun!

The Cure at The Frank Erwin Center

Getting their start in 1976, British rock band The Cure will be taking the stage at The Frank Erwin Center this Friday after announcing one of their biggest tours to date, with the band visiting many of the cities for the first time. With hit songs such as “Love Cats” and “Just Like Heaven” underneath their belt, The Cure sound as fresh as ever, bringing in old and new fans alike to their shows as they continue the legacy that the group has created throughout their forty-year career.

Best known for her folk songs, Maine singer-songwriter Patty Griffin is rolling into Austin this weekend to perform at Stubbs where she will be supporting her most recent work Servant of Love, released last year. With gorgeous vocals and a haunting guitar style, Patti will be the right performer to watch this Friday evening if you are looking for a calming end to your work week. All proceeds from the show will be donated to a local Austin nonprofit called Breakthrough Austin, which helps low income students become first generation college graduates. So come on out for an evening of great music while also supporting a great cause!

Anamanaguchi at The Mohawk

For the video game enthusiasts in town, we’ve got the right event for you this weekend. Coming to The Mohawk is New York City band Anamanaguchi, an electronic pop band that incorporates sounds from old school video games (think 1980’s) along with traditional instruments. With trippy tracks such as “Meow,” you won’t be able to get enough of the bands glitchy but incredible songs out of your head, due to the bands immediate uniqueness from an unlikely source.

From Indian Lakes at The Sidewinder

The brainchild of California indie musician Joey Vannuchi, From Indian Lakes came to fruition in 2009 and have released five albums. With a light but passionate delivery, From Indian Lakes is a band that you should not miss this weekend. To get a taste of the group’s style, the song “Ghost” is a great place to start when getting acquainted with one of California’s most promising acts.

Daniel Martin Moore at The Sidewinder

Listening to acoustic music can be a great way to ring in the weekend, and Kentucky singer-songwriter Daniel Martin Moore will be the perfect option for those who enjoy the lyrical storytelling of acoustic musicians. Signing to Seattle record label Subpop Records in 2007, after a stint in the Peace Corps, Moore has done an excellent job of writing songs that really set the mood. Releasing his latest LP Golden Age in 2015, fans will love his warm and inviting tunes that will become etched in their minds for quite some time.

Bets at The Mohawk

With a hypnotic voice and an 80’s vibe, Bets and her old school video for the song “Summer Fever” will be a huge throwback to music fans who remember the days of VHS. With a dream pop sound that takes us away, this Brooklyn and Los Angeles based singer is one of the most promising finds we’ve discovered in a while, leaving anyone looking for some good indie tunes pleasantly satisfied.

The Be Helds at The Swan Dive

Coming all the way from the wilderness of Montana, we bring you the Be Helds, an indie rock act that includes hints of Americana music that are bridged together extremely well. With tracks such as “Leave It Be” which immediately pique our interest, The Be Helds are certainly a band not to miss this weekend.

Sticky Fingers at The Parish

With catchy tracks such as “Clouds and Cake” Australian reggae group Sticky Fingers will provide concertgoers with an entertaining evening that you will end up raving about afterwards. With tight musical abilities, the band is one of the snappier reggae acts to come about in the past decade, and anyone who is looking to get the party started should not pass up this opportunity to watch Sticky Fingers perform in person.

Bruce Hornsby and The Noisemakers at Stubb’s

While Bruce Hornsby has become known in the music industry for performing with a variety of acts including The Grateful Dead, he also has his own projects, with one of them being Bruce Hornsby and The Noisemakers. Hornsby and his talented crew of musicians will certainly make for a fun and memorable night. To get a taste of their magnetic live show, check out their performance of the song “Prairie Dog Town” to get a sense of the bands incredible live presence.

Los Angeles family folk act Miner, which consists of husband and wife Justin and Kate Miner, along with Justin’s brother Jeremy, composes songs that are in a similar vein to Colorado folk band The Lumineers, with a delicacy that can’t be matched. With singles such as “Hey Love” you will instantly fall for the bands beautiful tunes. If you are looking for some good folk rock this weekend, Miner will certainly do the trick.

If you’d like to check out more of Lauren Gribble’s features, you can check out her website Listen Here Reviews.