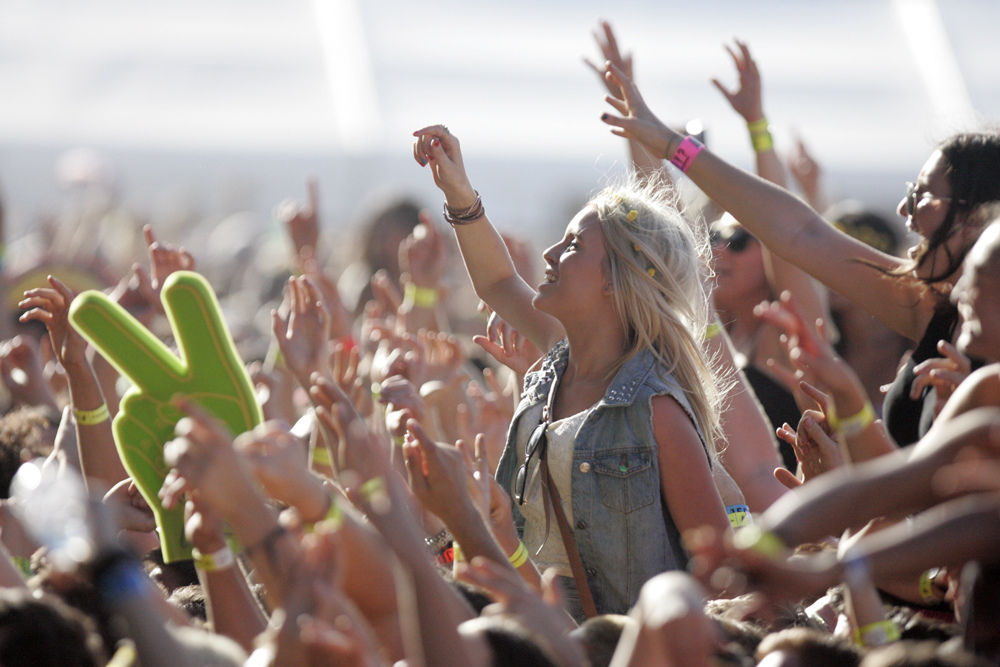 Since releasing her new album My Wild West earlier this year, Illinois folk singer Lissie has impressed audiences with her beautiful take on folk music, as well as enthralling fans at her live shows all over the globe. If you haven’t seen her before now, the city of Austin is in luck, as Lissie will be performing at Emo’s tonight with opening act Skrizzly Adams. While Lissie has had her own band on tour with her in the past, this time she is shaking things up a bit as she has decided to have Skrizzly Adams band double as her backing band for the entire tour. To get a feel for Lissie’s soulful tunes, come to Emo’s for a great way to kick off your Friday night.

Being one of the only bluegrass acts in the Live Music Capitol, Wood & Wire are a unique find and an endlessly entertaining band. Releasing solid studio albums is certainly one of their strengths, and we are sure that a live album will be no different. Tomorrow night, the group will be performing at the Scoot Inn to record a live record that is sure to rock and bring down the house. If you want to be part of the action, we are sure that spending your evening at the Scoot Inn will be an excellent decision as you will be introduced to one our city’s best known acts.

American Authors at The Sidewinder

American Authors have no trouble giving their audiences a good time, and the New York City indie rock group are sure to be an act that won’t disappoint. With hit singles such as “Believer” under their belt, one of New York City’s best bands will be rocking The Sidewinder for an intimate show that is guaranteed to get your weekend jumping. If you want a great way to ease into the weekend, there is no better band to do it with than American Authors.

After departing from Nashville rock band Paramore in 2010, guitarist Josh Farro swore he would never be in another band again. After a few false starts, he decided to strike out on his own and form a group that sounds similar to the bands he grew up listening to including Arizona’s Jimmy Eat World and Seattle’s Death Cab For Cutie. While longtime Paramore fans will certainly be happy to hear that Josh has taken over vocal duties for the group, what surprises us the most is how great and confident he sounds as a solo artist. Great pop rock music is what Farro is all about and with tracks such “Color Rush” and “On A Wire”, Farro is certainly an act not to miss, and while he is currently opening for The Rocket Summer, after listening to his new release Walkways, we are sure that he is only a short time away from being a headlining act once again.

For all the metal heads out there, Empire Control Room and Garage is where you want to be this weekend, as one of Austin’s newest venues will be hosting the Texas Independence Fest where groups such as Unearth and Bury Your Dead will be performing. You can’t go wrong with a full day of heavy metal, so if you are ready to give your Saturday a serious jolt, then the Texas Independence Fest will be right up your alley.

The Cave Singers at The Sidewinder

Seattle band The Cave Singers (which includes members from Pretty Girls Make Graves), is a group that performs catchy indie tunes that you won’t be able to get enough of, and after watching the band live, you will want to explore more of the group’s discography while telling all of your friends about their incredible live show.

If you are looking to get a dose of punk rock this weekend, look no further than local act Eastside Suicides, a band that rocks and melts faces like no other. Giving fans a rowdy and rambunctious performance, Eastside Suicides are a group that everyone should see as they play authentic and pure punk music that brings out the energy of the genre while giving punk purists an environment they love.

Austin has plenty of lively bands, with Wonderbitch being one of the city’s most energizing. Playing great pop music that you won’t be able to get enough of, the Swan Dive will also be adding a bit of nostalgia for those born in the 80’s as they will be hosting a Saved By The Bell costume party. So if you remember the television show, come dressed as your favorite character and enjoy some great tunes by a band that has made a well-deserved name for themselves throughout Austin.

San Antonio’s most lively rock band The Last Bandoleros will be hitting the stage at Stubbs this weekend to perform their catchy blend of Tex Mex inspired music that will get the crowd going. Playing and selling out shows all over the country, this San Antonio rock band will make heads turn and the crowds excited. If you are looking for a group that doesn’t disappoint, head on down to Stubbs to see one of the most energetic and lively rock acts that you will see in a long time.

Canadian singer-songwriter Bryan Adams has always been known for his soulful tunes that have become immensely popular and the Cedar Park Center should be packed this weekend with old and new fans, along with his most dedicated followers. We encourage you to get tickets as soon as possible in case the show sells out.

If you’d like to check out more of Lauren Gribble’s features, check out her website Listen Here Reviews.