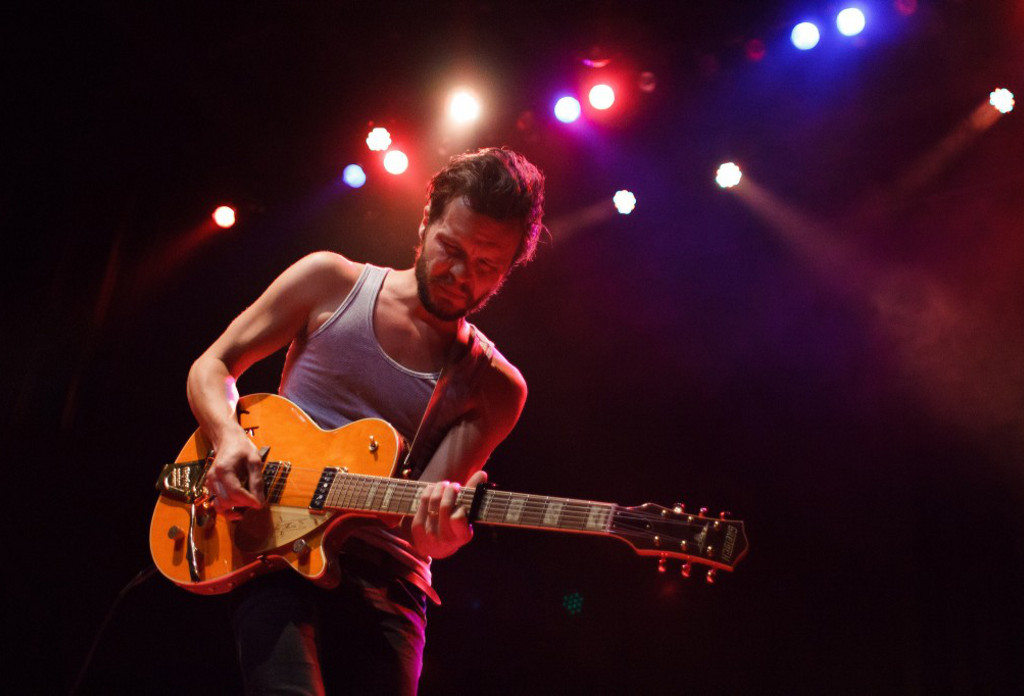 Austin guitarist Dickie Lee Erwin’s music is steeped in Austin’s musical history, as his talent has been well known in the Austin music scene since the 1970’s when he was performing with a plethora of different bands. After discovering a desire to go out on his own, he began a successful solo career which has been going since the 1980’s. With his last album Swan being released in 2009, one of our town’s best is back in full swing and hopefully ready to introduce fans to some new music. You can catch him taking over the stage of Austin Beer Garden and Brewery this weekend, as you kick off your Friday night with some great country music.

Kool and The Gang at ACL Live

Known for their 1970’s hit “Celebration” Kool and The Gang are ready to break out the disco balls and take you back in time for their performance at ACL Live this weekend. While their hit song has become staple at parties, weddings, and bar mitzvah’s, there is no denying that the band can work a crowd of longtime fans, even though it has been years since their initial success. For anyone old enough to remember the bands most relevant period, they will have nothing but a great time as they listen to the funky jams of one of the biggest groups of the 1970’s.

Soulful and flawless, Austin native Jackie Venson will be performing at the popular Austin eatery Flying Saucer this weekend. If you aren’t familiar with Jackie and her voice, you will want to listen to more of her songs after hearing her perform. The daughter of a longtime Austin musician, it’s obvious from listening to Jackie that she has music and the Lonestar State running through her veins, as she sings with a passion that reflects her enthusiasm for her songs. You can listen to the track “Texas Night” below to get a feel for her smooth and smoky vocals, along with getting a sense of Jackie’s easygoing musical style.

The all female band Sailor Poon is something else entirely. With hints of the 80’s and indie rock as influences, the band who is based here in Austin, have an interesting sound with a front woman who prefers loud spoken word to actually singing lyrics, which gives the group an interesting angle and edge to their tunes. While Sailor Poons unusual songs will not be for everyone, anyone looking for a band that marches to the beat of their own drummer will be pleasantly surprised at their abilities.

Heavy metal Georgia act Black Tusk will be performing at the Empire Control Room and Garage this Saturday evening to play their heavy brand of metal that will start your weekend with a massive jolt. With heavy guitars and pounding drums, you can’t get much darker than Black Tusk. You can check out the track called “In Days of Woe” below to see what we mean, as well as get a grip on the bands intriguing and well developed sound.

Grace Potter, the front woman for the blues rock band Grace Potter and the Nocturnals will be performing a solo show at ACL Live this weekend. With her Janis Joplin style vocals, we are sure that she will light up ACL Live like no other. If her song “Empty Heart” is any indication, it will be money well spent to see Grace perform this weekend, so we suggest that you get your tickets soon if you’d like to attend the show.

Vanessa Carlton at The Parish

After releasing her 2002 hit single “A Thousand Miles”, which showcased her mean piano skills and smooth vocals, Carlton struggled to have another successful single. After releasing a few more albums, Carlton decided to reinvent herself and have a comeback. While she isn’t nearly as big as she used to be, The Parish is the perfect place to hear Carlton perform her piano flavored tunes, including the one that made her famous.

MCG is a local act that wears many different hats during their set. For one song, they are a funk band, the next a rock act, and finally one that is tinged with R&B. While they play a variety of genres throughout their performance, their presence is just as inviting as their music, making them an up and coming group that you should absolutely know about. Due to the venue’s small environment, we encourage you to get their early to grab a seat.

T Jarrod Bonta has earned a reputation within the Austin music scene as a standout session player, and after releasing his debut EP The Best of Me back in 2008, we now know that he can hold his own both in the studio and on the stage as he has introduced his fans to his strong and addicting honky tonk tunes that have a hint of a Hank Williams influence throughout. With an honest and raw talent, a musician like T Jarrod Bonta doesn’t come around to often.

Harvest Thieves are a local act who is addicting from the start. Playing a mix of country and indie rock, after listening to the track “Scarlet Fever”, we are convinced that it can’t get any better than Harvest Thieves when it comes to a local band. All set to sound like they could do well on radio and the national stage, any success that comes their way is well deserved.