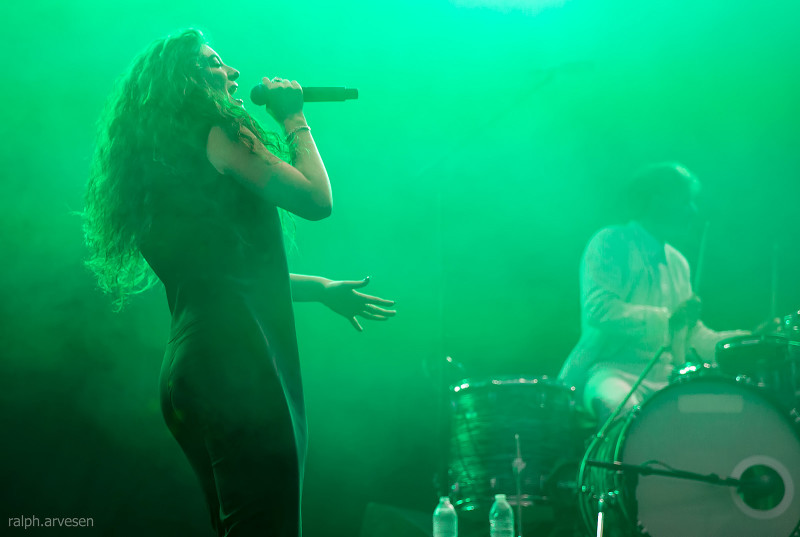 Aus10™ Live: 10 Austin Shows Not To Be Missed This Weekend

Local Austin funk act Foot Patrol will be delighting devastated Prince fans this Friday with a performance of Prince’s iconic album Purple Rain at the Empire Control and Garage. With a funky sound that is irresistible, it’s been said that no one can match Prince in creativity and brilliance, however if there is one local act that can absolutely pay tribute to the late star without missing a beat, it would be Foot Patrol. With thousands of tributes to the Minnesota musician popping up over the past week, this is certain to be one of the best, so we encourage you to head on down to Empire and kick off your weekend right.

This Friday is a great night for local music at Stubbs. First up, we have San Marcos based band Blue October, and even though their show is sold out, you are still in luck if you want to ease into your weekend at this great club. Right after Blue October, another act called Black Heart Saints will be taking the stage for a late night show that is free for Blue October attendees, and a five-dollar cover for those who swing by later. With a high energy performance, this punchy local group should not be skipped.

Named after a series of yoga techniques, Sun Salutation is a long time Austin band that is celebrating their last album release with a new record titled Spirals, before they take a hiatus. With a rock vibe mixed with reggae, Sun Salutation is a group that plays catchy reggae music that will be a great way to welcome the weekend. To get a feel for the band’s music, check out one of their past performances at the well-known Austin coffee shop Ruta Maya filmed several years back.

For the third year in a row, the iHeart Country Radio Festival is coming to the Frank Erwin Center with some of country music’s biggest stars including Keith Urban, Sam Hunt, Florida Georgia Line, and more. With all of these acts bringing down the house with unforgettable live performances, the Frank Erwin Center will be the place to be to see great country music this weekend.

The Black Dahlia Murder at The Mohawk

Named after the unsolved murder of California woman Elizabeth Short in 1947, Waterford, Michigan band The Black Dahlia Murder will be hitting the stage and tearing the roof off of the The Mohawk all while giving your weekend a serious jolt. With thundering drums, dynamic guitar riffs, and passionate vocals from front man Trevor Strnd, The Black Dahlia Murder is the perfect band to see if you are more into the melodic side of hardcore music. Playing blistering tracks such as “Funeral Thirst” from their 2003 record Unhallowed, checking out the bands explosive performance of the song from their 2014 DVD Fool Em’ All below will give you a good idea about what to expect from the bands live show.

London based DJ JACKLNDN will be performing at the Empire Control and Garage this weekend to introduce listeners to his pulsing dance music that you won’t be able to get out of your head. To hear what JACKLNDN sounds like you can listen to his breezy track “Nevermind” below.

Inspired by such great musicians as Gram Parsons, The Band, and The Byrds, Sour Bridges have become one of Austin’s most popular acts due to their tight sense of rhythm and amazing sense of melody. Bringing an inviting stage presence to every performance, Sour Bridges are a fun and entertaining group that every Austinite should see. For this performance, the band will be recording a live album, so if you want to be a part of the action, we encourage you to get your tickets early so that you do not miss out on the great time to be had.

Full of endless energy and great songs, Los Angeles rock band Silversun Pickups are certainly a great live act to end your weekend on a high note. After gaining a strong following upon releasing the Pikul EP in 2005, the group haven’t stopped since, exciting crowds all over the country and beyond. To get a feel for the bands live show, check out a live performance of the song “Panic Switch” at the iHeart Radio Theatre in Burbank, California.

After watching Silversun Pickups, you will certainly be energized enough to watch local band Shapescenes take the stage, who will be on immediately after Silversun Pickups. While the group are still trying to make a name for themselves, its apparent that the band have much potential after listening to a few previews of the bands new music. With songs such as “Laniakea”, you will be glad you stuck around to watch them play.

Newsboys, a Christian pop band from Australia will be performing at the HEB Center this Sunday night and for anyone who is a fan of fellow Christian band Hillsong United, Newsboys will be a perfect way to end your weekend. Getting their start in 1985 in the Australian state of Queensland, the group did not find success in America until 1988 with the release of their record Read All About It. With tracks such as “We Believe” fans of the genre will be pleasantly surprised by the bands talent and devotion to their craft, and despite developing their sound and message for a niche crowd, the band does what they do well and their performance in Cedar Park will be a great way to welcome in Monday and the start of the work week.