Aus10™ Live: 10 Bands You Should Not Miss This Weekend!

We’ve got Tony Bennett in town this weekend! Between him and the rest of this list, there’s a lot of live music to hear in Austin over the next few days. Make sure to hit the ‘next’ button for the next day’s worth of events. Now go forth and have fun! –The Editor

Formed in 1997 at the University of Notre Dame in South Bend, Indiana, Umphrey’s McGee has had much success playing music that is similar to bands such as The Grateful Dead and Phish, while drawing an enthusiastic and dedicated crowd wherever they perform. With incredibly tight and impeccable musicianship, Umphrey’s McGee’s live show is something to see. To get a peek into the group’s magnetic presence during their sets, check out their performance of the song “Puppet String” in Kalamazoo, Michigan below.

Laura Stevenson at The Mohawk

Laura Stevenson, former keyboardist of the band Bomb The Music Industry!, has struck out on her own as a solo act performing catchy pop tracks that will energize your weekend like no other artist can. With songs such as “Jellyfish” Stevenson’s bubbly music is a great way to welcome the weekend and for indie fans looking for a good time, The Mohawk is where the fun will be tonight.

Keeper is one of Austin’s most underrated bands who play fresh pop music that will keep you entertained for quite some time. Formed in 2009, the group have begun making a name for themselves locally and with tracks such as “Next To Me”, you will soon have a new favorite band that you will want to see again and again.

Houston rock band Birthday Club will be hitting the stage at downtown club Swan Dive this Friday evening to perform a set that is sure to get your evening hopping. Performing a mesmerizing show, the band has an intriguing musical style that has hints of the 80’s throughout. Check out the video below of the group performing at the Satellite Bar in Houston to get a taste of their sound and flavor.

Cecilia and The Broken Hearts at Swan Dive

Describing their music as a mix of “afro, Chicano, and futurism”, Cecilia and The Broken Hearts perform an interesting blend of genres that grabs us right from the beginning. The track “Los Marcianos” provides potential fans with a glimpse into their eclectic style which includes a flute player and stand up bassist. If you are looking for something a little bit more unique this weekend, Cecilia and The Broken Hearts will be right up your alley.

Eleanor Friedberger at The Sidewinder

Best known for being one half of the New York indie rock band The Fiery Furnaces, Eleanor Friedberger has now expanded her creative horizons by becoming a solo artist. Currently supporting her latest album New View released in January of this year, Friedberger will be performing her zany tunes at The Sidewinder this Saturday. Her latest single “Sweetest Girl” will give you an idea of what Friedberger sounds like, and if you are like us, you won’t be able to stop listening.

Thao and The Get Down Stay Down The Mohawk

If you are into indie music, we have another great band called Thao and The Get Down Stay Down from San Francisco. Currently supporting their fourth album A Man Alive, Thao and The Get Down Stay Down will become an addicting musical act after watching them perform, so we highly suggest that you make your way down to The Mohawk after work and see what the band is all about.

Always wanting to include as many genres as we can within each top 10 list, we excitedly bring you the great jazz and swing vocalist Tony Bennett. Performing at Bass Concert Hall on Sunday, this is a once in a lifetime performance, so we suggest you get your tickets quickly if you want to attend the show. With a magical voice that hasn’t changed since the start of his career in 1951, Tony Bennett still possesses a voice that moves music fans with every note. No matter what your musical tastes are, there is no denying that Bennett is one of the best singers in the music business. To see what we mean, check out Bennett’s version of the Charlie Chaplin song “Smile” below.

Har Mar Superstar at The Sidewinder

Sean Tillman, also known as Har Mar Superstar, will be performing at The Sidewinder this weekend to introduce listeners to his saucy and catchy tunes that have hints of 70’s rock and disco, making for an exciting evening. If you haven’t heard of Har Mar Superstar before, checking out his song “Lady, You Shot Me” will give you an idea of his vivacious style while hopefully convincing you to see him live.

Newcomer Johnny Stimson is a gifted musician who performs gorgeous piano heavy songs such as “Holding On” that draw you in and don’t let you go until Stimson exits the stage. With Stimson headlining the performance and popular Austin fiddle player Ruby Jane as the opening act, Sunday night is sure to be one for the books, so we encourage you to get your tickets now so you don’t miss out on all of the fun.

To read more of Lauren Gribble’s features, you can check out her website Listen Here Reviews. 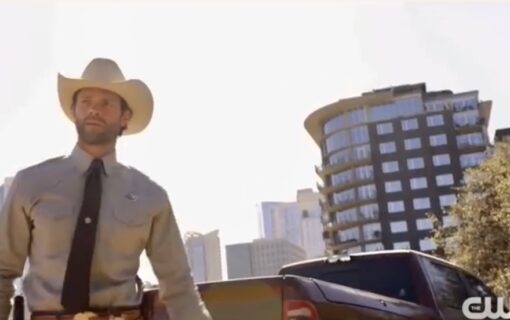 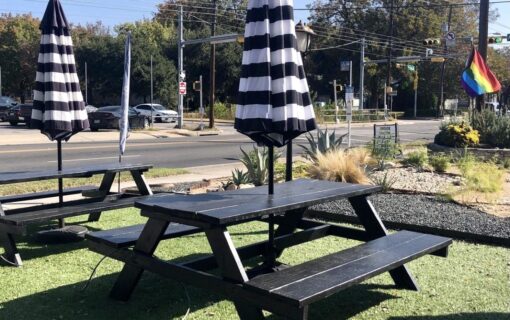