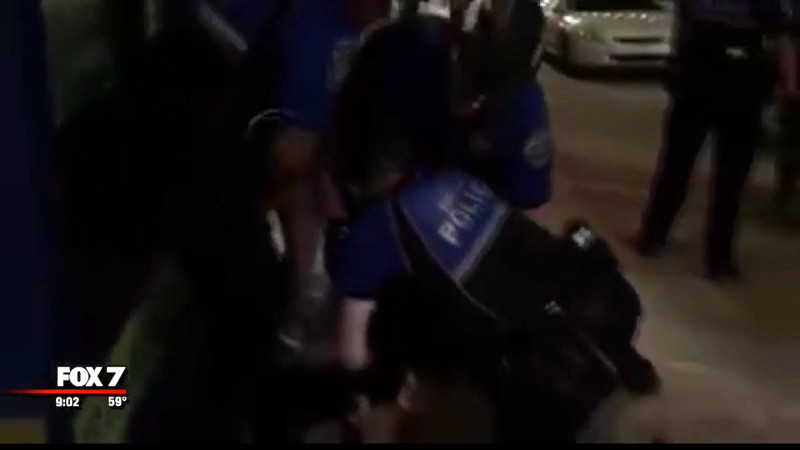 FOX 7 — A violent confrontation between Austin Police and a group of people was caught on camera.

The person who shot it didn’t want to speak on camera but told FOX 7 what happened seconds before he started rolling.

The person behind the camera said he and four friends— all in their mid-twenties— were walking down Sixth Street around 2:30AM early Friday morning. He said they were crossing the street before the light turned green. As they were crossing, an Austin police officer…