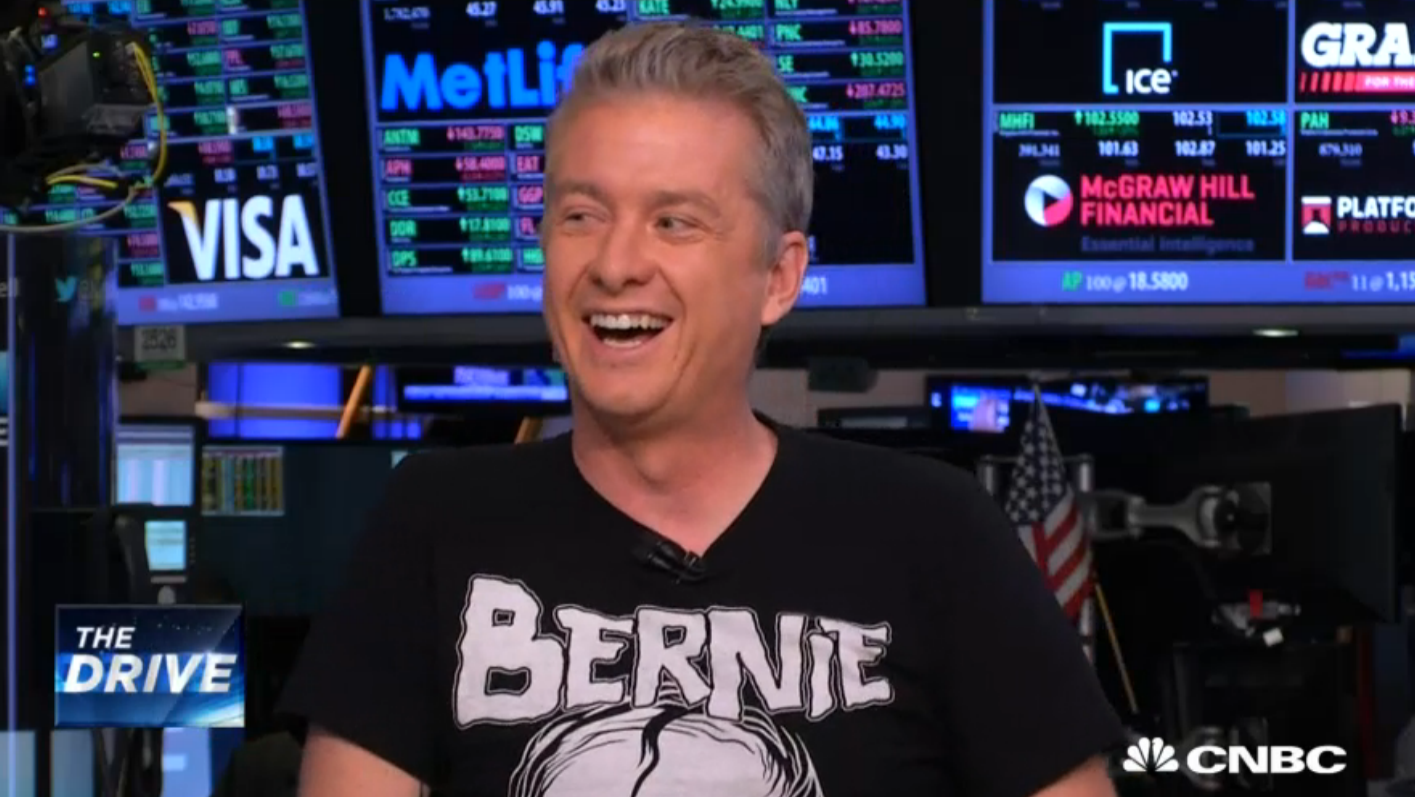 One of Austin’s most beloved businessmen traded the screening room for the newsroom this morning. Tim League, founder of Alamo Drafthouse, was on New York-based financial channel CNBC on Tuesday morning to talk about movie theater etiquette, politics, and the future of cinema. League used the visit to New York City to publicly support Vermont Senator Bernie Sanders, taking the opportunity to walked around Wall Street sporting a punk rock-inspired Bernie shirt inspired by The Misfits.

It’s kind of out of frame during the interview, so we found a full image of League’s shirt: 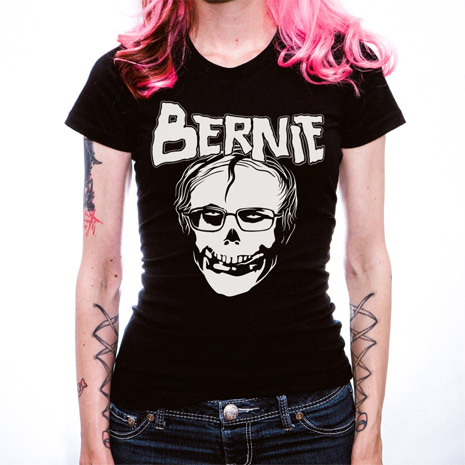 In the interview, League wasn’t totally focused on Bernie, mainly coming to the studio to talk about the rise of Netflix (complete with the now standard misuse of the phrase “Netflix and chill” by the reporter) and its impact on people going to the movies. This led into a discussion about Napster-founder Sean Parker’s proposed Screening Room initiative that allows users to watch first run movies the day they come out in theaters and whether it will disrupt the standard theater industry.

A current hot topic in the theater industry, the reporter then brought up texting in movie theaters, which he’s quite famous for opposing (he even threw Madonna out once, for reals — not to mention the time he basically flipped off North Korea for being evil and such, or the time he shamed Texas Gov. Greg Abbott for talking in a theater). League replied to the CNBC anchor’s comments saying, ”What we need to present is a beautiful experience, and I think people are becoming a lot more discerning in their experiences. The feedback loop is a lot faster-if you don’t have a good experience you’re crucified for it.”

The reporter, who has clearly not seen one of Alamo’s patented No Texting trailers, looked dumbfounded at the idea of a theater actually enforcing the no phones rule. Naturally, League quickly shut her down… In a nice way, of course. (There are many, er, not-so-nice methods the Drafthouse employs as well, just so you know.)

Alamo Drafthouse’s blog offers more about League’s opinion on the subject, as he recently issued a statement regarding AMC theaters considering allowing texting during movies.

Being CNBC, the hosts waited until the very end to address the elephant in the room: League’s wicked-awesome Bernie shirt. Of course, Tuesday happened to be primary day in New York, so they made the logical segue into politics. When the reporter asked him if Bernie is going to be good for business, League rejected the question outright. “Bernie is gonna be good for America,” he said with a smile.

He didn’t stop there either, managing to get a laugh from all his CNBC panelists by adding that he has eight different Bernie shirts in constant rotation. If his campaign swag on Tuesday is any indication, they’re probably from BernTheWhiteHouse.com — all of which are punk-oriented.

Check out League’s (likely) Bernie wardrobe designs in button form below, and watch League’s interview at the very end of this post… 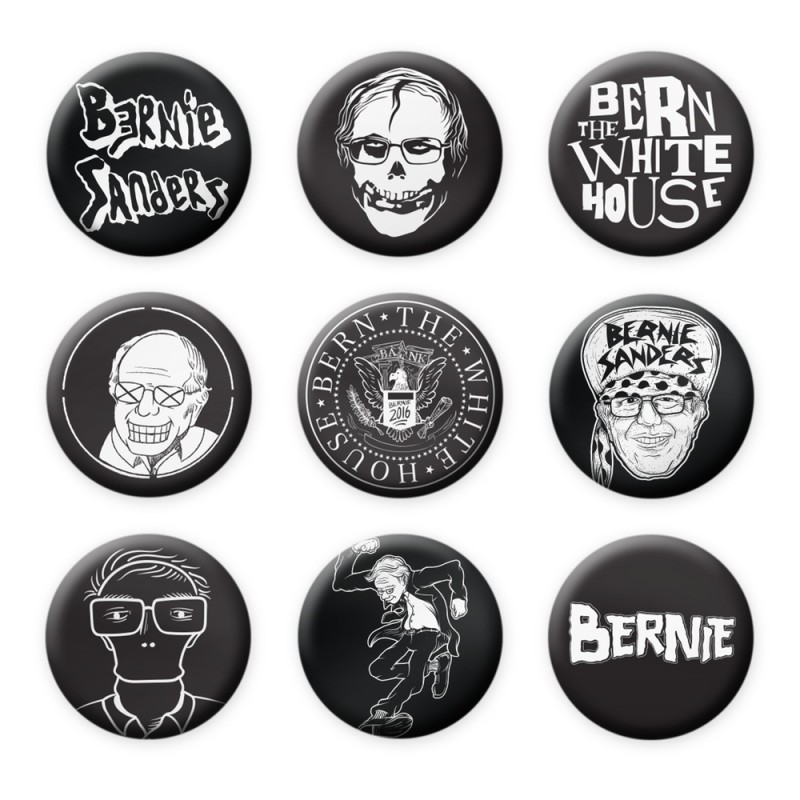