These are the Alamo Drafthouse menu items you are looking for…or whatever, fill in one of a million Star Wars quotes here, but just know that your favorite local movie theater/eatery/drinkery is rolling out a very special menu this week in honor of the December 15 opening of Rogue One: A Star Wars Story.

According to a press release, the menu is inspired by a new location in the Star Wars universe (on screens) — the planet Scarif. The story locations for this new planet are sunny and beachy (yet sinister), so the Alamo culinary team has created an island-inspired menu.

“Seeing those Storm Troopers marching in the surf in the trailer was instant inspiration,” says Alamo Drafthouse Executive Chef, Brad Sorenson. “I mean, Storm Troopers on a beach?! Complete nerd out. So for this menu I knew I wanted to zero in on that new glimpse into the STAR WARS universe and have some fun with it, crafting sort of an island vacation menu packed with exotic flavors — although, clearly, it’s no vacation on Scarif for the Rebellion.”

Menu items include the “Island Salad,” sliders with choice of fish or pulled pork, “Jerked Sweet Potatoes with Black Beans,” and “Shrimp & Avocado Toast.” These will all be offered for a limited time on a specially-designed commemorative menu, a die-cut schematic of the Death Star (don’t worry, they know fans are going to pocket them — go ahead and be a rebel, they have plenty). 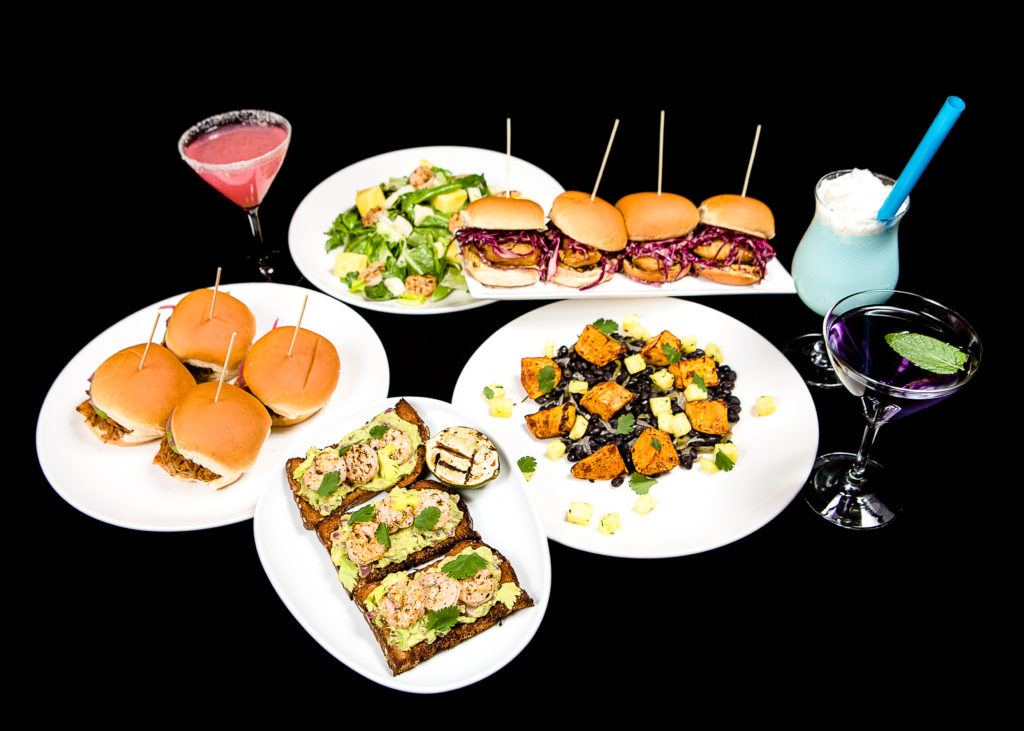 Food & drink specials for ROGUE ONE at The Alamo Drafthouse Cinema. / Photo by www.hlkfotos.com