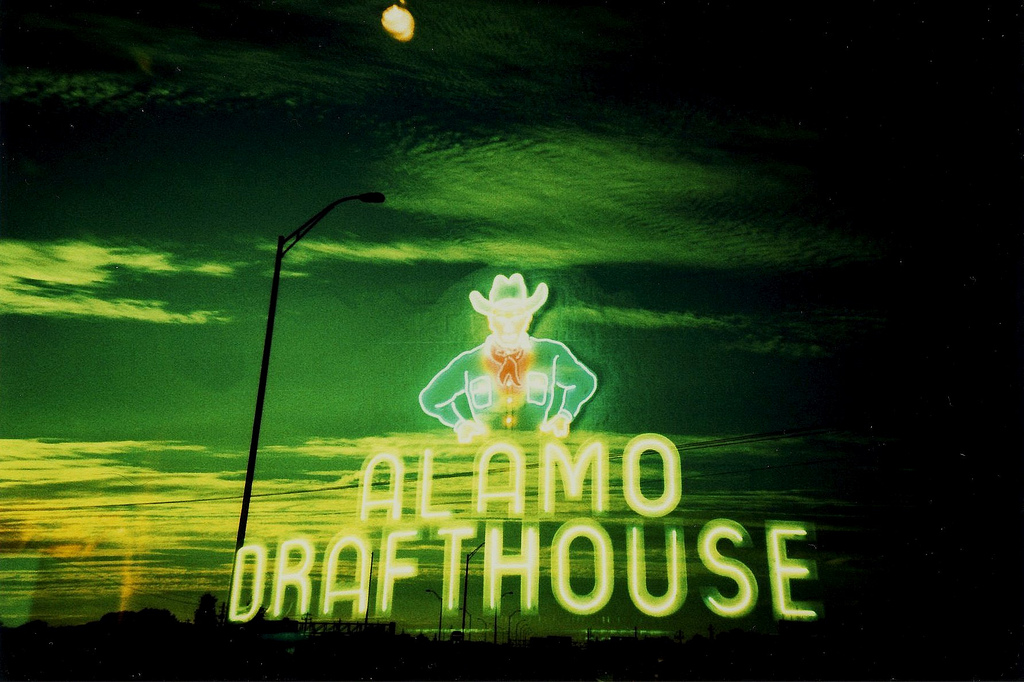 It never fails. There you are, in the movie theater with your bag of popcorn and large soda. You have your 3D glasses on and you’re all set to watch “Face Puncher 3,” or whatever, and just as the movie starts some inconsiderate weasel begins yapping about running for Governor of Texas.

How are you supposed to enjoy watching Will Smith fighting vampire-ninja zombies from Mars now? That’s where Alamo Drafthouse CEO Tim League comes in, apparently.

Greg Abbott, the Texas attorney general and current Republican candidate for governor, recently filmed a campaign spot for Regal Cinemas in which he addresses his audience from inside a movie theater, and tells them to send text messages to help him become governor. A movie theater, we might add, that was clearly in the middle of a screening.

Now, in the interest of fairness, he could very well have been talking during the commercials, and nobody really cares if someone yaps it up during a Pepsi ad. But assuming that was not the case, Mr. Abbott would appear to be breaking two cardinal rules that will get you ejected from an Alamo Drafthouse theater faster than you can say, “Wendy Davis”:

Seeing the attorney general on his competitor’s screens, encouraging patrons to talk and text during the film, gave Alamo Drafthouse founder and CEO Tim League an idea.

League, who last year very proudly banned Madonna from his theaters for texting and being generally unpleasant, just couldn’t bring himself to sit by idly by while a public official encourages such unruly behavior. Instead, he had Abbott’s Regal Cinemas spot recut, turning it into another brilliant “Don’t Talk” PSA, warning Alamo moviegoers of Abbott’s folly.

You can watch the spot above.