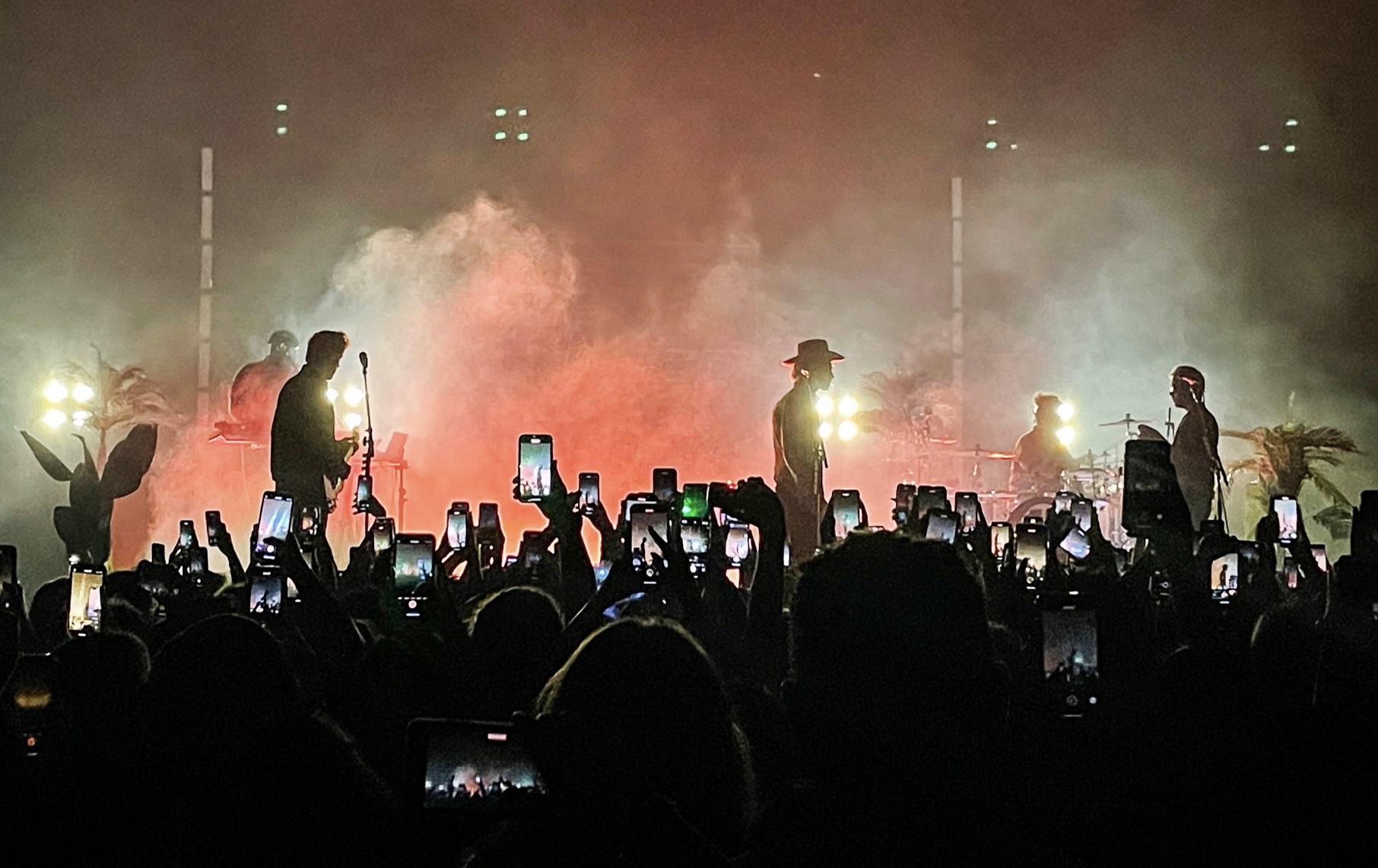 ACL Live Is Still The Coolest Music Venue In Austin

What better way to spend a summer night in Austin than seeing a show at ACL Live? Located downtown on the appropriately named Willie Nelson Boulevard you can’t miss the theater as there is an eight foot statute of Willie standing right out front! Of course, there’s no denying the fact that everyone in Austin loves Willie, but that’s not the reason for the statue. The country legend recorded the original pilot episode of Austin City Limits in 1974. Who would have guessed that the little music show from Austin, Texas, would become such a music mainstream. It’s now the longest running music series in American television history!

The original theater could be found on the University of Texas campus. For 36 seasons, Austin City Limits was taped at Studio 6A in the Communications Building B. The studio had a seating capacity of approximately 800, but due to limited access to fire exits the audience size was limited to 300. In 2010 the show and the venue were inducted into the Rock and Roll Hall of Fame.

On February 26, 2011, the first taping was held in a brand new building called Austin City Limits Live at The Moody Theater. The venue holds 2,750. In addition to show tapings, the theater is used for an estimated 100 concerts and 100 private events per year.

If you’ve ever been to a show at the theater, you know that it’s a venue unlike any other. Every single staff member, including security, welcomes you with a hello and smile. It’s that warmth and “how can we help” attitude that everyone loves about Austin and is extra special about ACL Live. One such friendly staffer recently struck up a convo with us about the name “Moody,” saying they are simply calling it ACL Live now to avoid confusion with other music venues in Austin.

With ice cold A/C, fully staffed bars, decks with downtown and river views, and the friendliest staff, this is the perfect place to see a show in ATX! Need to kill some time before a set, head to the mezzanine level to see some incredible photos of the legendary performers who have graced the stage throughout the years. There are also fun facts and milestone highlights, like who has played ACL the most. Spoiler alert: It’s Willie! He currently holds the record at 15.

Good thing it’s as cold as ice inside because the bands who perform there are always on fire. On our most recent visit, we saw a trio of pop bands that did not disappoint. Pop music not what you’d expect at this locale? That’s another thing that’s great about both the venue and the PBS series. They expose music fans to a variety of artists.

Here’s a quick review of the artists we saw on Friday, August 19.

Almost Monday – There is no way to be anything but happy listening to this trio’s young California funky surfer vibes and danceable beats. The band was so engaged with the crowd, trading sunglasses with fans and taking polaroids. The young college audience loved it and never stopped dancing. All those gigs in garages and surf shops in San Diego paid off because it was an electric show and it’s easy to see how the band has grown such a large fan base and made it onto the ACL stage.

Summer Salt – This Austin based band kept the summer theme going with their tropi-cali and oldie’s pop sound on songs like “Driving to Hawaii”, “Candy Wrapper” and “Happy Camper.”

The Driver Era – The crowd was already charged up when the headlining band took the stage. Brothers Rocky and Ross Lynch brought it to the next level with their high energy electro-pop sound. You may recognize Ross from the Disney Channel’s “Austin and Ally” and “Teen Beach Movie.” But don’t let the Disney moniker deter you. He is every bit the musician and his charisma is undeniable. The crowd lost their collective minds when a fan threw up her pink cowboy hat and Ross threw it on and started a near strip tease. Meanwhile, Rocky practically stole the show when he took lead vocals on the song “Low.” But when the band broke into “Preacher Man,” it sounded like no group of fans could scream louder or jump higher.

It was great to experience these bands at ACL because it felt like the party of the century. You can’t get that experience at an arena.

Check out the ACL Live calendar to see who’s coming soon and purchase your tickets.

This article was submitted by contributor Melanie Cleveland.