A Sneak Peek of the New Annie

As a local screening partner with Sony Pictures, I was invited to attend the press junket for the new Annie movie in New York City.  I was thrilled to go, of course, and excited to see the movie, but also a little apprehensive.  I have seen the original 1982 film, with Carol Burnett, Bernadette Peters, Tim Curry, and a red-headed Aileen Quinn, so many times that I could probably reenact the entire story for you, choreography and all. I was nervous that my love for the original would keep me from fully appreciating this new version.

If you, too, are an ’80s Annie fan, let me set your mind at ease. The new movie, only loosely based on the original, is a delight. Updated to take place on the vibrant streets of modern day New York City, Annie has enough nods to the original to make sentimental ’80s movie lovers misty-eyed, while weaving a fresh new storyline with additional characters and musical numbers. 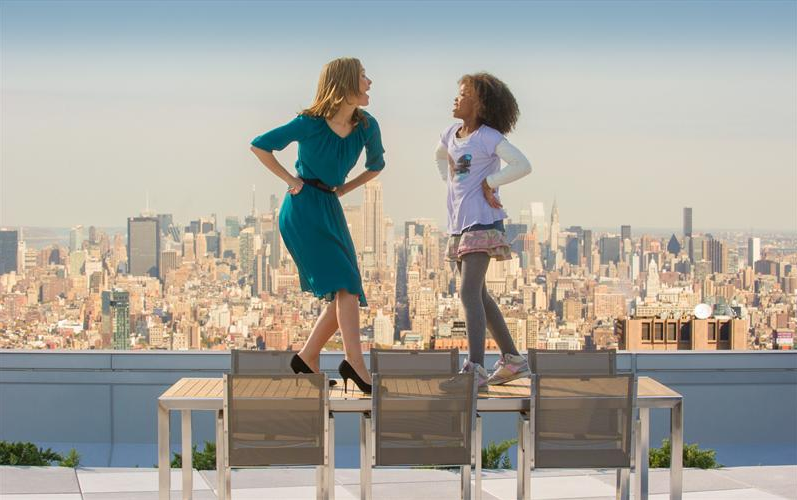 Director Will Gluck is a Manhattan native and Annie feels like his love letter to the city. From the moment young Annie races through New York City streets in one of the opening scenes, the sprawling metropolis leaps to life onscreen. From a dingy foster home in Harlem to a magnificent penthouse in the brand new 4 World Trade Center in Lower Manhattan, the sights and sounds of The Big Apple provide the perfect backdrop for a story about a city where anything is possible.

Complemented by the modern setting, the music too has a contemporary feel. But, that is to be expected from a movie produced by Shawn “Jay Z” Carter and Will Smith, among others. Many of the classic Annie songs have been reimagined by Australian superstar Sia, with the help of Will Gluck and Greg Kurstin. 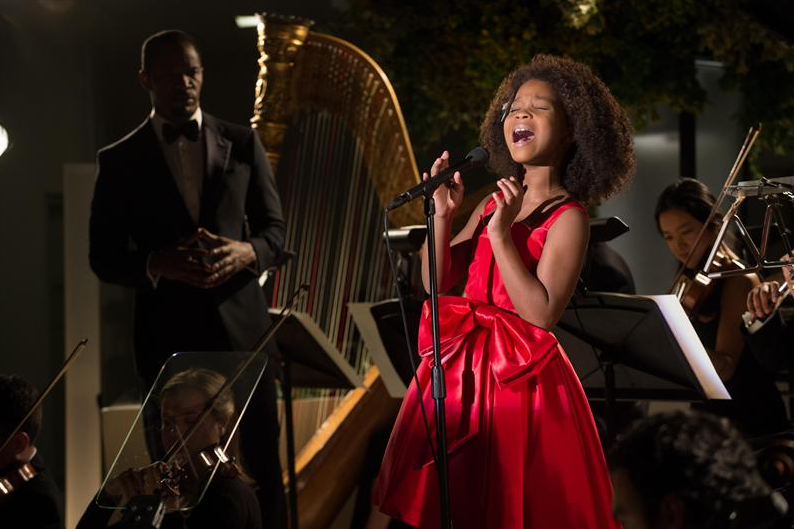 There is a lot this feel-good family movie has going for it, but it is Quvenzhané Wallis, who plays plucky foster kid – rather than orphan – Annie, that will steal your heart. Wallis, who made headlines recently as the youngest person ever nominated for a Best Actress Oscar for her performance in Beasts of the Southern Wild, shines in her role as a happy, street-smart kid hoping to find her family. Abandoned at age four with only half of a locket and a note from her parents, Annie’s optimism never slips, not even in dealings with her miserable foster mother, Miss Hannigan, played by Cameron Diaz. 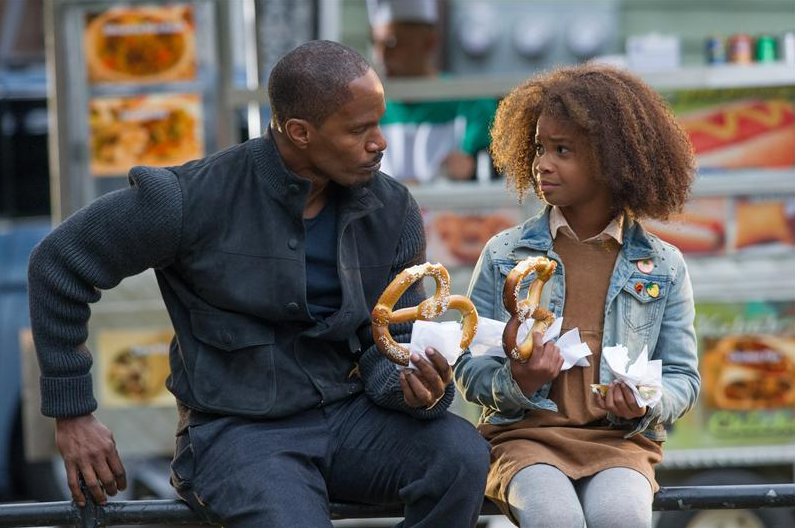 Watching Annie as a kid, I only cared about the orphans.  But as a parent watching the new movie, I found myself rooting for the father figure, Will Stacks, played by Oscar winner Jamie Foxx. Like the original Daddy Warbucks, billionaire Stacks is a successful businessman with little time for or interest in anything not work related. But that changes in quick order as Stacks, who becomes Annie’s temporary guardian in the hopes of furthering his political career, soon can’t imagine life without her. Jamie Foxx, whose own 6-year-old daughter was on the set during filming, captures the emotional pull of parental love.  His character, Stacks, tears up whenever talking about family and it’s beautiful to watch his relationship with Annie grow.

Annie is a heartwarming and sweet musical that all ages can enjoy together this holiday season.  It is rated PG for some mild language and rude humor. Annie opens in theaters on December 19, 2014.