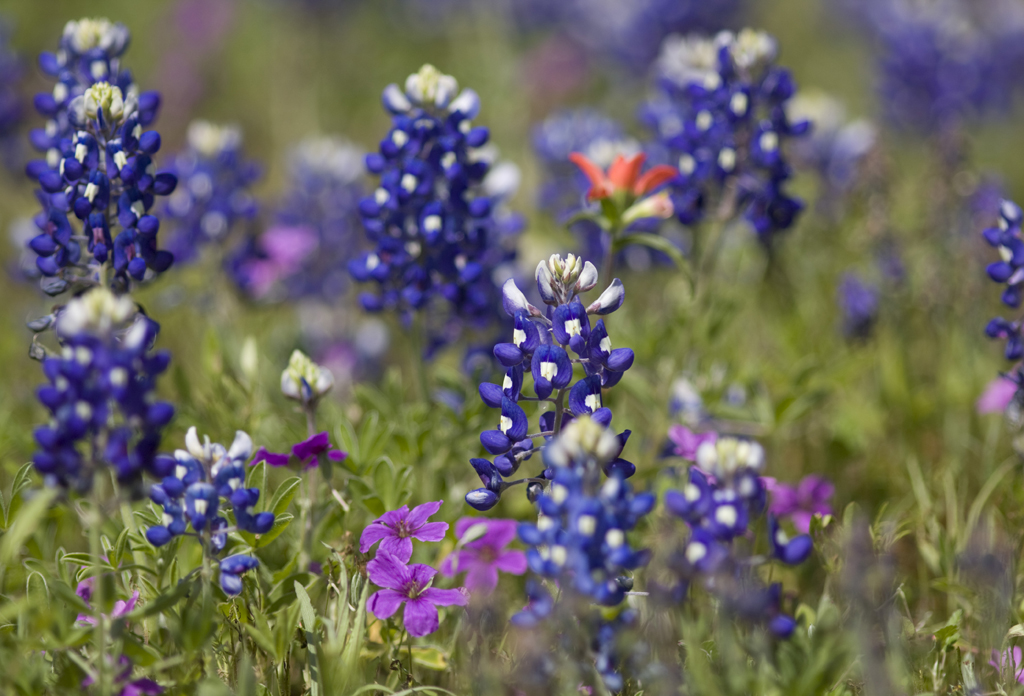 Here in the great state of Texas, we revere many different wildflower species each spring. But we exalt none as high as the Texas Bluebonnet. It’s safe to say that, between all of the bluebonnet festivals, family portraits, and scenic roadsides, just about every self-respecting Texan knows how to recognize bluebonnets from other spring blooms.

But beyond that, how much do you know about our beloved state flower? If your honest answer is, “Not a lot,” then these seven lesser-known facts will get you up to speed.

Back in 1901, when the Texas Legislature was nailing down all of the official state mascots, something of a flower war ensued. Three different speakers each nominated a different bloom and argued passionately in support of his or her particular choice.

According to TAMU, the cotton boll was nominated because it was an economic “king” at the time. Because cotton really isn’t much to look at, it was shot down. Next, a fellow who later became known as “Cactus Jack” nominated the prickly pear cactus for its hardiness and exquisite “orchid-like” beauty. In the end, however, even the vibrant prickly pear flower paled in comparison with the bluebonnet, which was nominated by the National Society of Colonial Dames of America.

2) All six Texas bluebonnet species are the state flower Did you know that there are actually six native species of bluebonnet that grow in Texas and that all six of them are collectively classified as Texas’ state flower? There’s Lupinus texensis, of course, which is the bluebonnet that we all know and love. However, according to the Native Plant Society, Texas is also home to four other species: Lupinus subcarnosus, Lupinus Havardii, Lupinus concinnus, Lupinus perennis, and Lupinus plattensis.

3) Bluebonnets look their best from late March to mid April Bluebonnets usually bloom in early March, hit their peak in late March to mid-April, and linger much less gracefully as temperatures rise through May. Spring rains generally mean healthier bluebonnet plants, so keep those rain dances coming and we’ll surely have a beautiful crop this season in Austin. By the end of May, if you do find a bluebonnet, it will be a scorched and pitiful little thing, only a shade of its former glory.

4) The bluebonnet has several known aliases Nowadays, most folks know the bluebonnet by its true name, but the bluebonnet has also accumulated at least five other nicknames throughout history. 19th century botanists referred to the flower simply as the Lupine due to its inclusion in the Lupinus genus, though the general public more frequently used the names Buffalo Clover and Wolf Flower.

The Spanish had several different names for the bluebonnet — El Conejo, which means “rabbit,” comparing the bluebonnet’s white tip to a cottontail rabbit’s tail, and Azulejo, which according to the Lady Bird Johnson Wildflower Center can be loosely translated as “indigo bunting” or “cornflower.” Believe it or not, the bluebonnet is actually toxic if ingested. Leaves and seeds from the entire Lupinus plant family are poisonous, although actual toxicity is determined by a number of different biological and environmental factors (see ‘Benefit’). Even animals steer clear of bluebonnets when they get the munchies. So be sure that none of your kids decide to have a bluebonnet snack during family portraits! Nature always has a way of surprising us. Just when you think you have something figured out, nature throws you for a loop every time. For example, bluebonnets are quite simply blue and white flowers, correct? Wrong. Most bluebonnets are blue and white, but the flowers actually come in varying shades of pink, purple, and white as well. Some botanists have even succeeded in creating “Aggie Maroon” and “Barbara Bush Lavender” blooms!

7) The bluebonnet has its own legend And probably more than one. Native Americans and Spanish settlers revered the bluebonnet among all of Texas’ wildflowers and as a result, bluebonnets were often featured in folklore. One particular legend, “The Legend of the Pink Bluebonnet,” is recorded online by TAMU. You can read the full myth here, but the summarized version goes like this:

As two young children play in a field of wildflowers just outside of San Antonio, one of them spots a white bluebonnet and the other notices a pink bluebonnet amidst all of the standard blue blooms. They ask their grandmother why the flowers are colored differently than the rest and she answers wisely that the white flower represents the Lone Star on the Texas flag and that the pink flower grows in honor and remembrance of the brave soldiers who gave their lives for Texas independence at the Alamo. “If the white ones are special, then the pink ones mean even more,” she said.

If that legend is any indication, the bluebonnet is rooted in Texas’ very identity, intertwined with themes like Texans’ characteristic stubborn independence and heart. It’s like historian Jack Maguire once wrote: the bluebonnet is “a kind of floral trademark almost as well known to outsiders as cowboy boots and the Stetson hat… The bluebonnet is to Texas what the shamrock is to Ireland, the cherry blossom to Japan, the lily to France, the rose to England and the tulip to Holland.”

Yep. We’ll tip our hat to that.

Looking for more uniquely Texas stories? Check out these posts!

Georgetown is beautiful and has so much going on! We're continuing our favorite 5 Free Things To Do by taking you to Georgetown, Texas!
- April 13, 2021
Dive Into One of the Best Hotel Pools in Austin Without Booking a Room 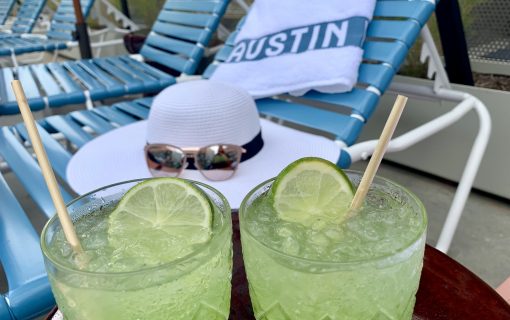 Head to Bartholomew Pool for a day of fun in the sun for the whole family! This pool has it all, two slides, kiddy pools, and more!