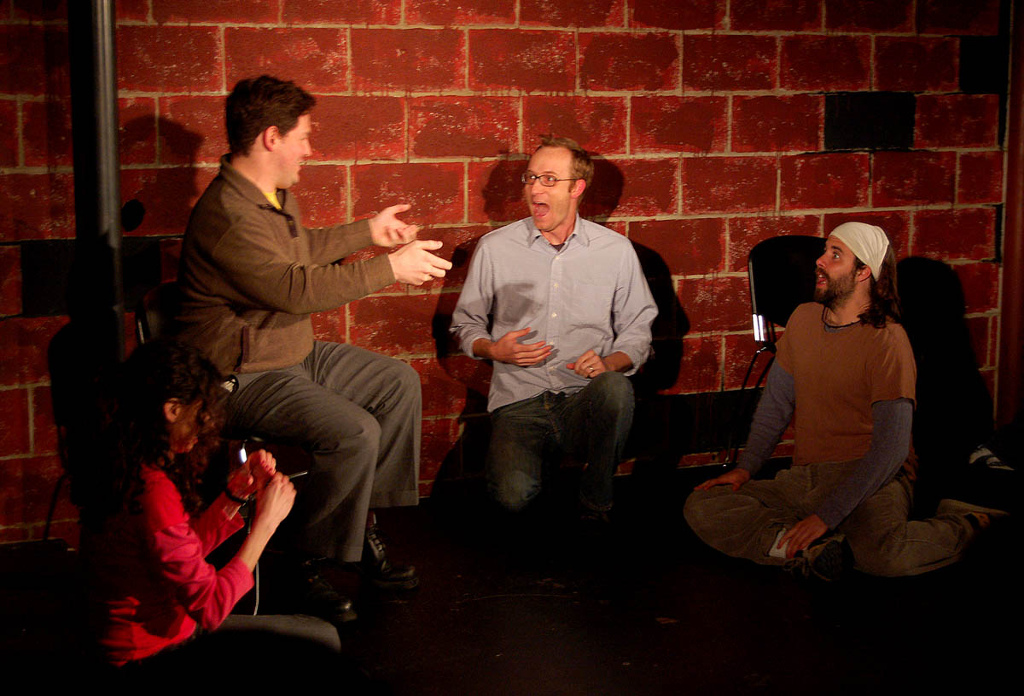 So you’re too cool to go see “Guardians of the Galaxy” opening weekend, and you’re wondering what else is going on around town, but you don’t want to spend an hour sifting through the endless menu of events. We get it, happens all the time. That’s why we’ve compiled our top picks for ATX fun this weekend. Take a look…

I Luv Video presents the Coldtowne All Stars in a night of improv comedy, movie geekery and margaritas!

This Friday and every Friday during August, Coldtowne’s resident improv troupe will take side characters from two audience suggested films and create a spin-off adventure for them.

To add to the fun, there will also be complimentary margaritas, popcorn and all your favorite movie theater candy. Of course, as always, Coldetown Theater is BYOB, as well.

Tickets are $8 at the door or only $5 if you buy them in advance at the Coldtowne Theater website. If this sounds like it could be your big concert of the summer it appears there are still tickets available. Two of the biggest bands in pop radio rock, Fall Out Boy (“Sugar, We’re Going Down”, “My Songs Know What You Did In The Dark (Light ‘Em Up)”) and Paramore (“Ain’t It Fun”) bring their current tour to the Austin360 Ampitheater along with opener New Politics from Brooklyn, NY.

Tickets start at around $30 and can be purchased through TicketMaster. For the 4th year in a row, Fun Fun Fun Fest presents a myriad of ridiculous water-based competitions for a variety of awesome prizes. Best of all, there’s no entry fee.

Be at Fiesta Gardens by 4 p.m. (sign up is free, but it’s first come, first serve) and compete in such events as Paddleboard Joust (knock your opponent into the water with a giant Q-tip), the classic 6-legged and potato sack races, BMX Lagoon Launch and the Celebrity Cross-lake Tug-O-War.

You could win awesome stuff like a variety of passes to this year’s FFF, tickets to upcoming Transmission Events Shows, vintage FFF stuff and much, much more.

If classic, Big Band style music is your thing, Michael Buble. Known for his likability, big voice and extravagant stage productions, Buble is one of the most successful touring musicians on Earth. His albums also sell pretty well, too: in 2011, he had the second best selling album of the year, just under Adele’s album “21”. And, it was a Christmas album!

Tickets are still available through the Erwin Center website or you can try your hand at winning free tickets through our friends at Do512.com. Considered one of the greatest, if not the greatest, films of all time, “Casablanca” is truly meant to be viewed on the big screen in 35mm.

Tickets are $12 and are also good for the screening of “The Philadelphia Story” screening earlier in the day at 1:30 p.m.

Have a good weekend, everyone!