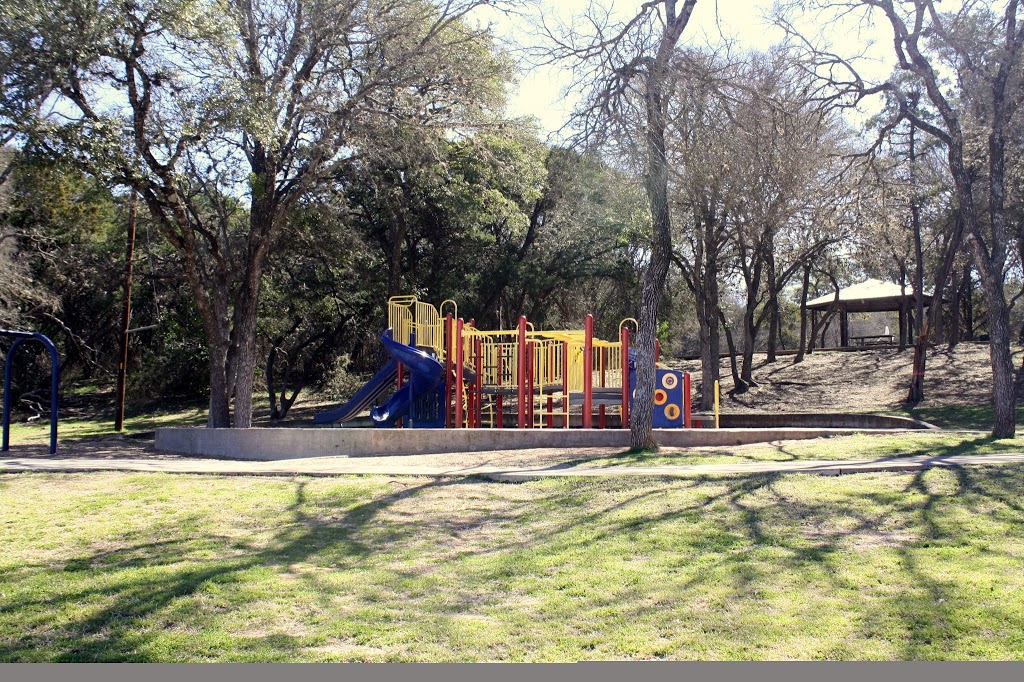 I would like to tell you about a sweet little park tucked away in a neighborhood of southwest Austin.  Longview Park is just down the road from my family’s house; so naturally, we go there quite often, but there are some nice features at this park that make it worth a visit even for those who don’t live so close.

1.  Shady playground.  The playscape is not large (there are only two swings, for example), but the park is hardly ever busy; so it doesn’t feel crowded.  The ground under the playscape is a combination of bouncy man-made turf in some spots and pebbles in others. 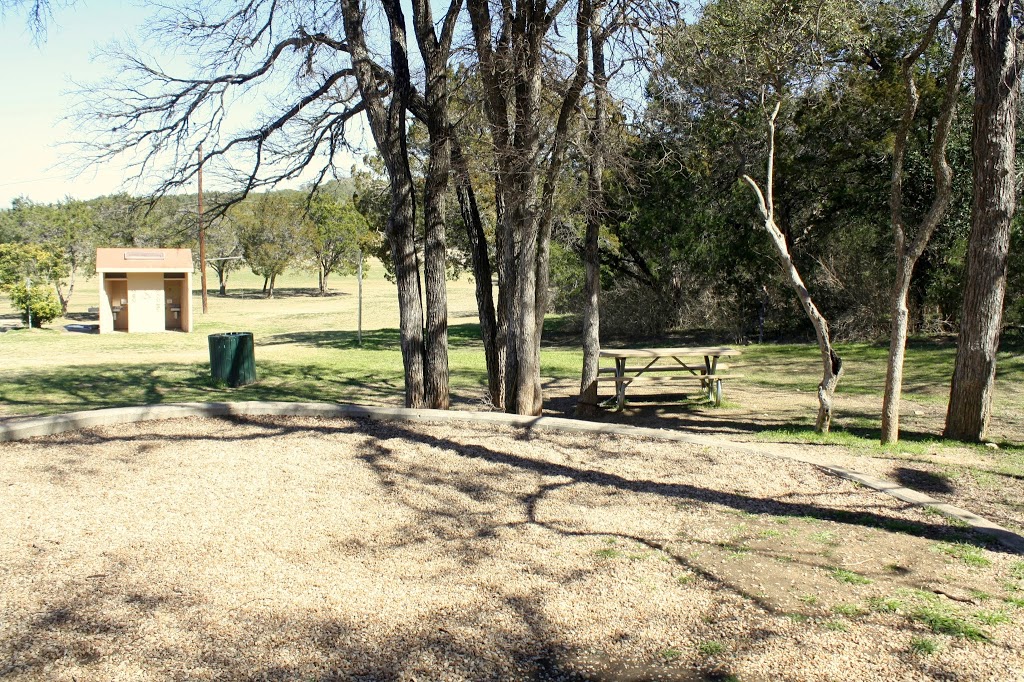 2.  Huge open field.  Near the playscape, there is a strikingly large grassy space where my kids love to run. We’ve found it a great place to fly kites, and it is a popular spot for owners to bring dogs who need to run off some energy.  Part of the field is a baseball diamond, although I’ve never actually seen anyone playing baseball there. 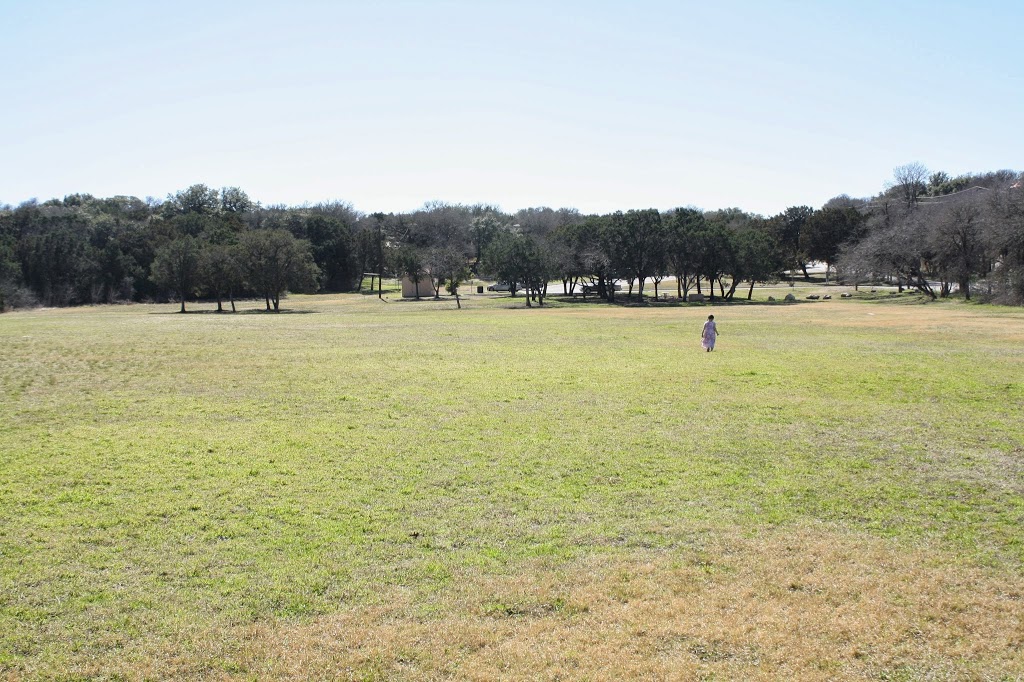 3.  Pleasantly situated gazebo.   The park has a small hill, at the top of which is a gazebo with several picnic tables.  There are patches of woods around the park; so it is usually quiet and peaceful there.  If you look out beyond the neighborhood, you can see quite far into southwest Austin from this point.  Just beyond the gazebo is an outdoor basketball court. 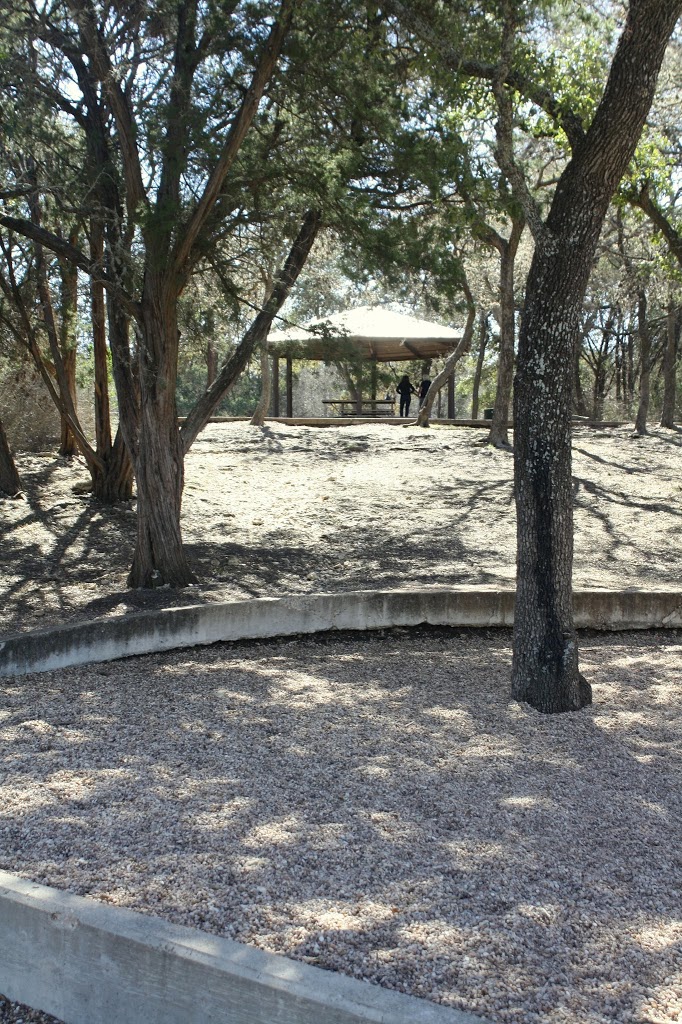 4. Trails.  Many young kids bring their bikes here because there is plenty of concrete to scoot around on, and older kids like to bring their bikes because of the paved hill where bikes can pick up speed.  That trail goes past the gazebo through the woods and feeds into a neighborhood behind the park.  There are also some unpaved trails heading into rugged greenspaces in the park. Altogether, the park covers 20 acres.

5.  Horses at a nearby farm.  Within walking distance of the park (or a short drive) there is a little ranch with horses and longhorn cattle, surrounded by suburban homes.  The animals will come to the fence for the grass and clover we pick for them, and of course, the kids enjoy that so much! 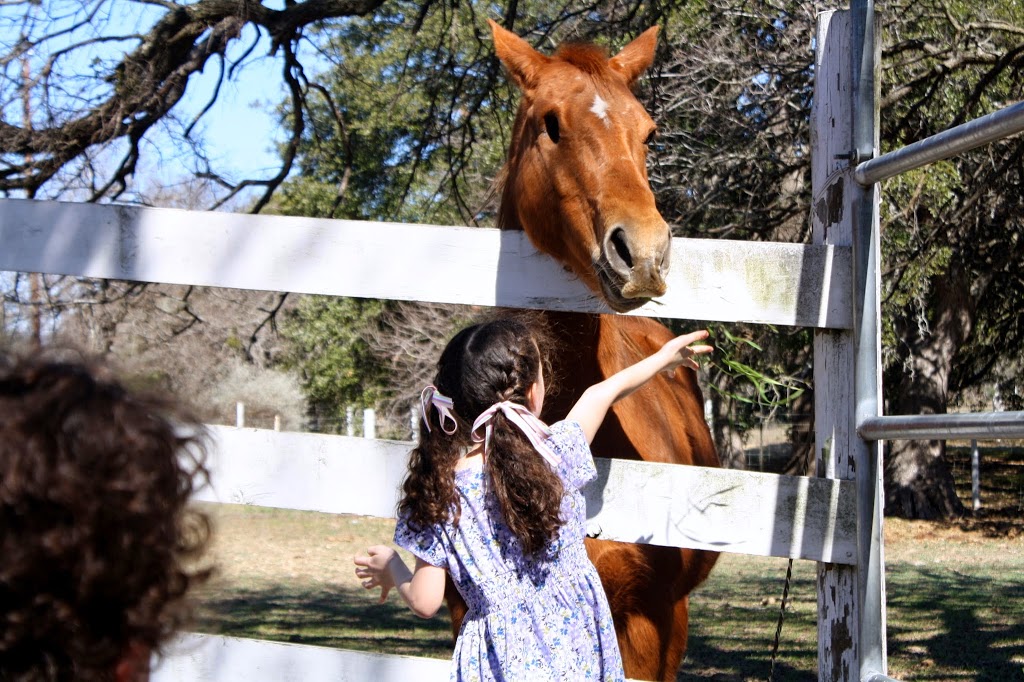 One thing to note is that because of the open field, there are usually a LOT of dogs at the park.  Signs are posted reminding owners to keep them on a leash, but I have found that the rule is often disregarded.  It’s something to be aware of, especially if anyone in your family is nervous around loose dogs.

Also, there are restrooms, and three picnic tables at the park, in case you want to bring a lunch.

Katey shares more ways to have fun with kids on her blog, Having Fun at Home.