10 Ways To Make The Best Of Austin Traffic

If you ask just about any Austinite what the worst part about living here is, the response you’re most likely to get is the traffic. Those who live inside the city limits can spend upwards of two hours per day moving at a snail’s pace through congested arterial roads or weaving their way through side streets that keep them moving but not gaining on time.

In recent years, Austin has also seen an uptick in traffic fatalities. Austin accidents range in severity and even strangeness: from pedestrians being hit while crossing I-35 on foot to motorcycles careening off flyovers – or distracted drivers choosing reading their text messages instead of watching the road. Whatever the case maybe, Austin has an abnormally high number of traffic fatalities.

This post is brought to you by Bark&Zoom and Park&Zoom!

When you need mid- to long-term parking near Austin’s airport, they’ve got you covered!

All this means you need to keep your wits about you while making your way to and from work or school. Plus, you need to maintain a calm mindset while you cope with the frustration of living your life in between bumper-to-bumper traffic. That can be easier said than done with extended commute times on virtually all of our major highways, but Austinites are innovators, so naturally we’ve found ways to make the best of it.

10.) Listen to some of Austin’s best podcasts

If you’re a little tired of the same radio stations and the same music stored on your smartphone, give an Austin-based podcast a try. Here are just a few of the ones you can find when you search your podcast app of choice.

Point of Discovery is produced by the University of Texas at Austin’s College of Natural Science. Each month, host Marc Airhart takes you to the front lines of scientific discovery.  Episodes are fairly short, so you’ll need to add episodes to a playlist with other podcasts for when you’re making your commute.

15 Minute History is also produced by UT-Austin, but this time it’s the History Department on display. Episodes go a little longer than 15 minutes, but you get the point. The show is a joint project of Hemispheres, the international outreach consortium at UT-Austin, and Not Even Past, a website with articles on a wide variety of historical issues.

TheYakk is an online platform that hosts Austin-based podcasts that include hyperlocal content from seasoned experts. A monthly subscription gives listeners access to a variety of content that has a heavy focus on Longhorn sports, but also includes a few other fun topics. Our favorite is the Hip Hop Grew Up podcast where hosts DJ Rapid Ric and emcee Bavu Blakes talk a variety of topics relevant to those who grew up in the hip hop era and are now living lives in their 30s, 40s, and 50s.

9.) Put essential oils in your car

Do you know someone who sells essential oils as a side hustle? You are in Austin, so you very likely do. Plenty of people in Austin make a few extra bucks on the side selling oils. If you don’t know someone local selling essential oils, put a blast out on Facebook and you’ll have several people direct messaging you in no time.

Or you could go to a local store that sells oils. Stop by The Herb Bar or Austin Natural Soap.

But, why? Well, the next time you find yourself getting amped up in Austin traffic, open up some lavender oil in your car. It’s supposed to relieve stress. Peppermint oil gives an energy boost, so if coffee isn’t cutting it to wake you up, some peppermint oil in front of your air vent may do the trick. There are more, but we’ll let the experts handle it.

8.) Daydream about winning the Texas Lotto

Several billboards around town advertise the latest multi-million dollar jackpots, and they get you thinking. Winning the Texas Lottery would solve a lot of problems, right? Well, maybe. Or newfound riches could create more dilemmas in your life. Mo’ money, mo’ problems.

Don’t get distracted with your fantasies. While you’re lost in visions of diving into piles of money like Scrooge McDuck, make sure your eyes are on the road. But so long as you’re stuck in traffic, daydreaming about what you’d buy first with the scratch-off you bought at the gas station (don’t scratch it while you drive) can help pass the time.

7.) Make money with advertising on your car

That's a wrap for Wrapify at #SXSW! Did you see us? #wrapsxsw #ooh #driveearnlive

Sure, sitting in traffic is a drag, but it isn’t so bad when you know your car is making you money. There may be a company out there that wants to get their name out to the people who share your commute. Check out Wrapify to see if your vehicle and commute are perfect for advertising. Then, watch the cash roll in!

6.) Get peace of mind for your blind spot

While cars are certainly the most popular way to get around Austin, there are several other modes of transportation mingling with everyone else. Make sure you watch out for trains, buses, 18-wheelers, motorcyclists, bicyclists and pedestrians.

Even really big vehicles can hide in your blind spot. Want to make sure you know what’s lurking over your shoulder? Get blind spot mirrors. They’re cheap and readily available at your neighborhood auto parts store, which is also a good place to stop to cut down on (or just delay) your rush hour drive time.

5.) Work from home, or pick an alternative shift

Never looking down because I'm in awe of what's in front of me. #nightdriving #rcf PC- @verathomas check out her work.

In March 2016, President Barack Obama came to Austin for SXSW. Based on the traffic snarls experienced in Austin and in other cities during presidential visits, Mayor Steve Adler urged people to work from home. He also got together with the city’s major employers and convinced them to stagger their shift start times in the morning. So many people took Adler’s advice to stay home, and enough employers were fretting about the traffic apocalypse, that the traffic that Friday afternoon looked more like the traffic on a summer Sunday morning. It sounds crazy, but it really worked.

More and more, companies are allowing their Austin staff to work from home. But for some jobs, working from home just isn’t possible. Some companies offer alternative work schedules. Workers still complete their eight hours in the office, but they don’t have to put up with rush hour traffic. Maybe your job works with an alternative shift? If not, maybe your boss wouldn’t mind hearing a good idea.

Take RideAustin to Zilker Park for Blues on the Green and use promo code "BOTG" to get your first ride free! And swing by our tent for free swag! Tag us on Instagram and you could win $100 in FREE rides!!

Uber and Lyft took their business elsewhere, but others have jumped into the void left by those major ridesharing players. The doomsday some predicted of ridesharing going completely away didn’t happen. In fact, nonprofit startup RideAustin quickly staked its claim on a substantial piece of the market. To take advantage, you’ll need a new app on your phone to replace Uber or Lyft, but hey, you’ve downloaded apps before.

3.) Use an app to challenge yourself not to text

Hope that text was worth it!! #stupid #textanddrive

Austin was one of the first cities in Texas to implement a no texting ordinance, and it even applies to cyclists! So line up your podcasts or music playlists before your drive, and keep that phone in your pocket or on a dock. You’ll make the road safer for everyone, and you’ll avoid a costly citation. But, that doesn’t mean you can’t use it at all…

If you simply can’t control yourself, there are several apps available in your app store of choice to help keep your hands and eyes off your phone. Try Drive First, Focus or Text No More. For Android users, Car Home Ultra is also handy if you have a phone dock in the car, and so is Android Auto. And for everyone, no matter who makes your phone, Waze is a super handy for navigating you around the traffic, and it also has Spotify integration.

So many radio stations are part of giant corporations that own stations around the country. The same basic programming concepts are being repeated from San Francisco to Boston and Brownsville to Detroit. And while, yes, those stations exist in Austin, there are also locally owned radio stations that cater specifically to the Live Music Capital of the World.

The Austin Ratio Network has three stations in it’s fold: Texas country station KOKE-FM, sport station 104.9 The Horn, and classic rock station 105.3 The Bat. So tune in for songs, news and sports you and other Austinites want to hear!

There isn’t much Austin bars and restaurants can do about your morning commute, but they do have a great alternative for your afternoon trek home — happy hour! Instead of jumping into your car and heading home right after work, perhaps you can take a shorter drive or even a walk to a nearby watering hole for discounted drinks and food.

Austin.com is in the middle of publishing an article series on happy hours all over town, so check out these South Austin, East Austin and Downtown Austin happy hour spots. And stay tuned for more installments in the series. 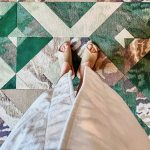 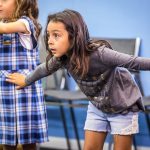 - February 2, 2023
Four of Our Favorite Austin Spas That Will Treat You Like Royalty 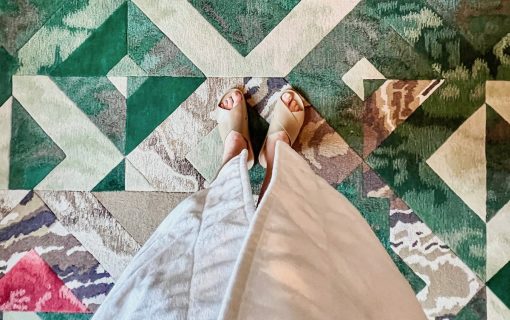 Here are four of the best Austin spas where you can relax, refresh, and be treated like a queen - or king, whichever you prefer.
- January 23, 2023
The Best Places For Country Dancing in Austin 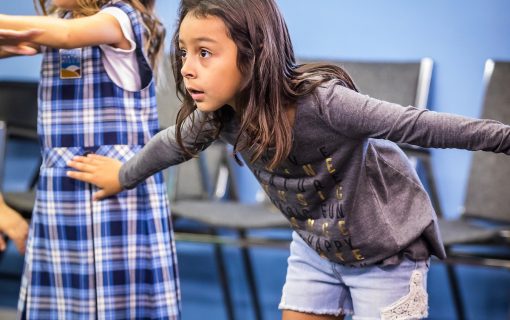 ZACH Theatre camp is back with classes and camp at both Downtown and North Campus. Spring classes, Spring Break and summer camps available!