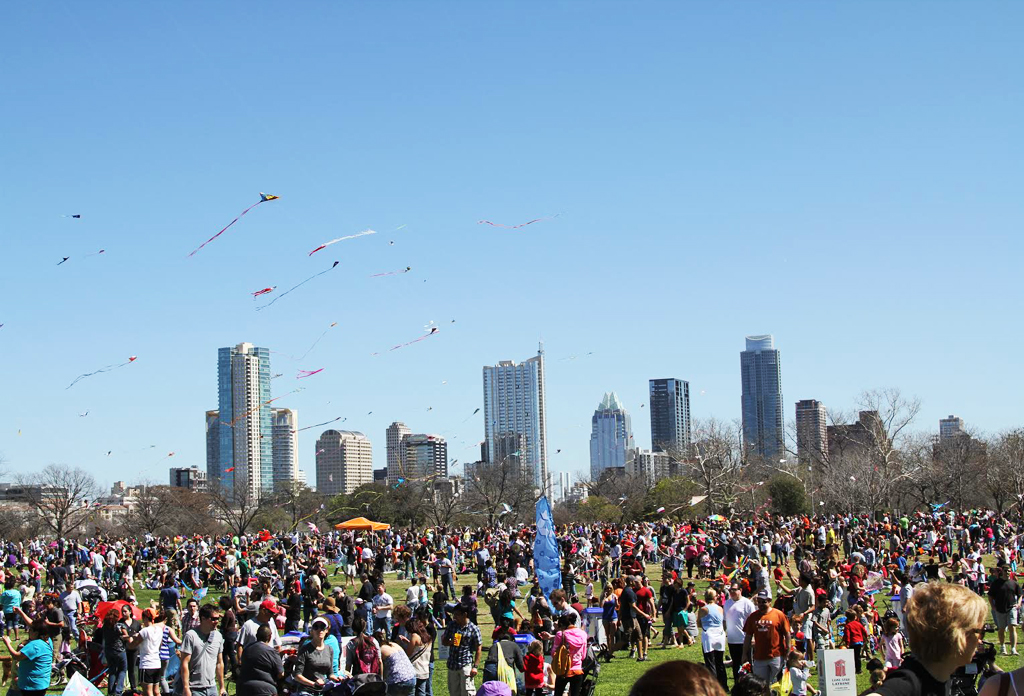 10 Surprising Things You’ll Miss After Moving Away From Austin

The weird capital of Texas has more charm than even some of the locals realize.

We all know Austin is one of the most fun, trendy, tasty and innovative cities in the world, but for some who’ve lived here long enough, it can be easy to take the city’s unique traits for granted. For these folks, the most amazing food, music, and special events is just everyday life, a daily occurrence.

But once you leave Austin, there are some Things that you will immediately notice missing from your life — things you might not expect, as I personally found out after accepting a job that took me across the country for six months. This is a list that I didn’t expect to write, and I was frankly surprised by some of the entries.

Still, if you’re anything like me, this is what you’re going to miss after moving away…

10.) The Best Damn Tacos in the World

If you’re unfortunate enough to be move somewhere in America’s midwest — even a place as modern and booming as Chicago — you will never lay your eyes on a taco meal as amazing as a Torchy’s Taco, or any of the other hyper-creative food art Austin’s taco scene whips up on a daily basis.

Austin is a kind of Taco Nirvana the likes of which had never been imagined until it just sort of Happened, and thank God for that. There isn’t an American city that compares.

9.) The Hipsters, For Some Reason

Austin, like New York City, is one of America’s hipster centrals. The hipster community here is so hip, it has actually fragmented and spawning whole new subgenres of hipsters — indeed, a whole hipster economy (pictured above, a trust fund hipster pays a bicycle hipster to ferry him to the next bar).

And while we all like to complain about how lame hipsters are, once you leave Austin it becomes apparent that the ubiquitous nature of the hipster in this town has an aggregate effect on nearly every business that swings its doors open to the general public. Only in Austin can a guy with a beard, 6-inch earlobe spools and a half-dozen facial tattoos land a job as a reputable company’s representative to the public, and that’s a very good thing. Because they’re literally everywhere, it’s almost impossible to not hire one at some point or another. That means that Anybody can work in Austin, and not many cities can say the same.

Austin’s cops have some tarnishes on their reputation, like any cop shop, but on the whole police in Travis County are a heck of a lot nicer than most Texas officers — particularly the cops in neighboring Williamson County, who don’t exactly have a good reputation.

It’s not just that contrast between Austin police and everywhere else in the state that sets this department apart. After all, is the city that lets up to 20,000 people gather a couple times a year in a big field to smoke marijuana. The chief, Art Acevedo, even posed with an “Occupy” hipster holding a sign criticizing the NYPD for beating up and pepper-spraying protesters. While these things are little more than optics, they are the optics of a police force that’s nicer, more professional, and more connected to their communities than almost any other in the state.

To the uninitiated, the Alamo Drafthouse might be just another theater chain, but to anyone who has spent more than a year in Austin, it’s a movie sanctuary. From new releases to amazing food, adult beverages produced by local vendors and amazing special events like 80’s sing-a-longs, $1 midnight movies and celebrations of camp classics, the Drafthouse is unlike any theater business in the country.

The Drafthouse is so incredible that none other than Quentin Tarantino began hosting his own screenings of classic exploitation films there within the company’s first year in business. It wasn’t long before the Drafthouse started drawing Hollywood clout, attracting all-star talent for red carpet premieres and playing an integral role in establishing Austin as one of the country’s most influential towns for silver screen entertainment.

The food served up by Austin’s trailer chefs is nothing short of amazing. Rarely if ever will you stop by a food trailer in Austin and come away disappointed. The bar for entry in the trailer food market is so low that experimentation is practically guaranteed no matter where you stop.

Unlike other cities (*cough* Los Angeles *cough*), Austin actively encourages up and coming trailer food extraordinaires, and lots of local property owners are happy to work with them. This has led to trailer food parks springing up all around the city — even on the north side, a decidedly less-weird area of Austin — creating a culture that fuses tastes from around the world into life-changing creations that you’ll never forget.

The green spaces and outdoor activities available in Austin are too numerous to name. For outdoor enthusiasts, it’s hard to even pick what to do or where to go on any given day, but a few favorite spots include running around Ladybird Lake, hiking around the Pennybacker Bridge, touring the Zilker Botanical Gardens, or just taking the dog for a stroll through Walnut Creek.

Unlike many of America’s fastest-growing cities, Austin has placed a special emphasis on preserving green spaces and passing laws to ensure they don’t fill up with trash and pollution, ensuring some prime slices of Texas nature for residents to enjoy.

Austin’s bars have something for everyone; that’s not just ad copy, there literally is a drinking spot in this town that anyone can enjoy. From the laid-back vibes at Sixth Street’s famous Jackalope (mascot pictured above) to the candle-lit ambiance of famous jazz club The Elephant Room, it’s hard to skip a weekend without stopping by one of the city’s ultra-hip drink spots.

The only time Austin’s weather gets unbearable is for about three months out of the year, in the dead of summer, when everything shrivels up, turns brown and dries out. But in the fall or the spring, this city is gorgeous. It hardly ever snows (meaning once or twice a decade, maybe) and really only ever gets down below freezing for a few days each year.

This will be an especially painful fact to anyone who leaves Austin for someplace that gets cold for six months out of the year. Being snowed in while it’s -10 outside will make you miss Austin like almost nothing else.

Austin businesses have figured out that an  important key to their success is fostering a unique look, which means lots and lots of available work for the city’s thousands of talented artists. As a result of this culture, it’s hard to travel even a block without seeing funky images painted on buildings, legendary figured sculpted and set in stone on sidewalks, or pop culture infused renderings papering the insides of virtually every establishment open to the public.

The art culture is so dominant here that they city set up a program that turns highway billboards into canvases for the area’s auteurs, spreading creativity and color across the landscape. All of these things taken together, it’s clear that Austin is a town of, by and for creative people who paint outside the lines as a rule, not an exception. No matter where in the world you are, your nearest city’s music scene Pales in comparison to Austin. If you count up 10 of the largest annual music festivals in the western hemisphere, nearly half of them take place in Austin. The scene here is so densely packed, there are literally hundreds of shows happening every night of the week. And every major act stops through here.

To music fans, this means plenty of cheap concerts and an endless stream of great shows. Plus, during festivals like SXSW, anything can happen, be it an intimate show, a random street performance, and lots of celebrity encounters (like the time Bill Murray and members of Wu Tang randomly showed up at Shangri-La and started serving drinks, but no matter what folks ordered, they got a shot of tequila). The wonderful sort of weird happens here with uncanny regularity.
——

Did you move away from Austin? What do you miss about it? Tell us on Facebook or tweet to @Austin!