10 Jokes About Austin Overheard At The Moontower Comedy Festival

Another Moontower Comedy Festival has come and gone, and Austin didn’t get off easily this year. Thankfully, we were on hand for all the action and managed to jot down some of our favorite jibes on our city.

The first few come from the hilarious comic duo the Sklar brothers. 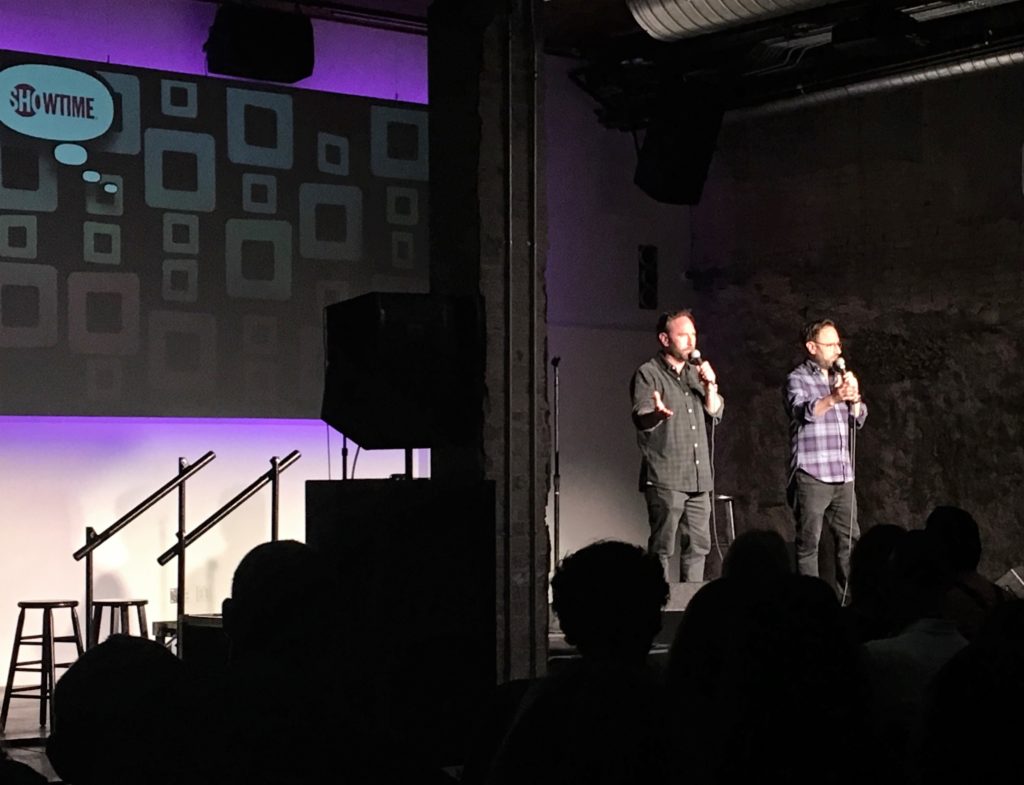 They began their Thursday night set with this statement:

“We have seven minutes but we may have to cut it short to get back in line at Franklin Barbecue!”

But that wasn’t their only joke about the ATX. They went on to deliver the following funny line as well.

“We’ve been here one day and already experienced the Austin 15. It takes 15 seconds for someone to tell you how awesome Austin USED to be.”

And they took a dig at Whole Foods. In regards to the flagship location, they made the next statement.

“Saw a bird fly in, looked around and then left. $2 for birdseed? I’m going to HEB!”

Michelle Collins, who you may recognize from her hosting gig on the “Little Women LA“ aftershow “Little Talk Live,” made this joke about our fit city… 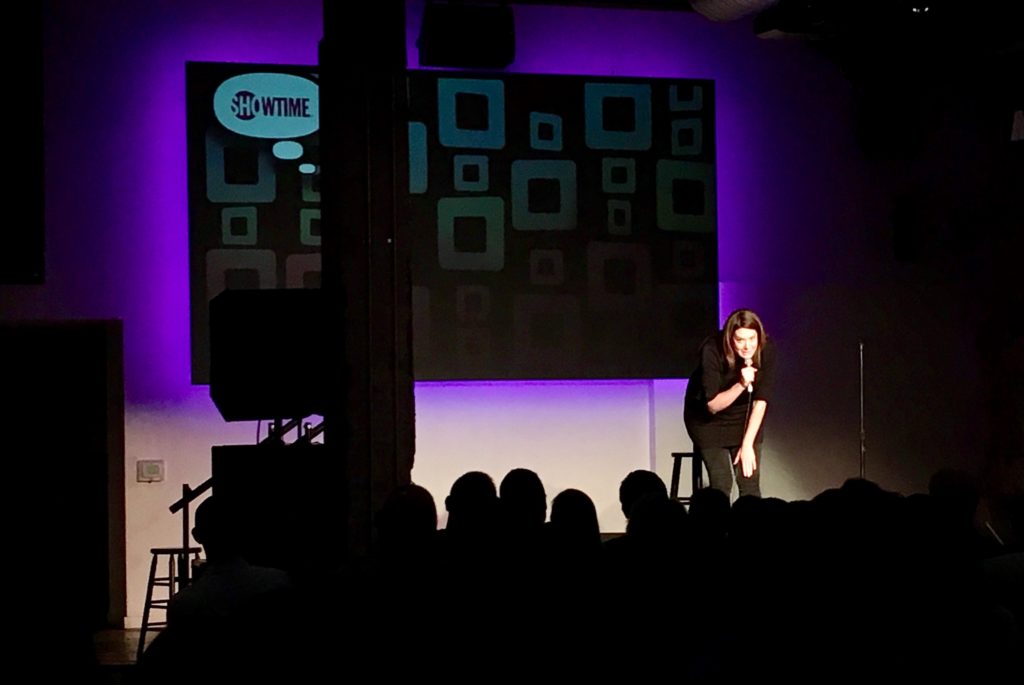 “Everyone in New York is so skinny. Finally I get to come to a place where I’m normal. And then I come here. And everyone is skinny!”

Some may say the live music scene is dwindling here in Austin, but not according to Barry Crimmins.

“I love this town. I saw more music last night than I’ve seen in four years!”

No stranger to Austin, Chris Hardwick has played many a festival in our fair city. Which is how he knows how festival filled the ATX is. He thanked fans for attending his set with this statement… 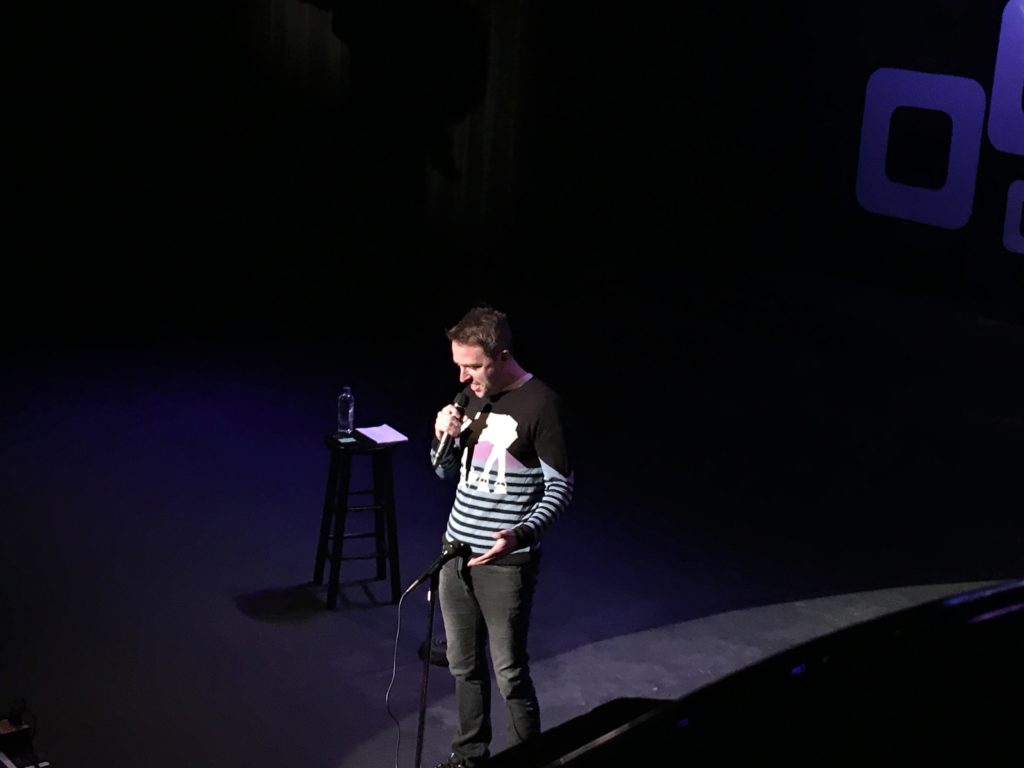 “It’s one of only 52 festivals happening each weekend. Austin with festivals is like the beginning of ‘Game of Thrones!'”

Broaching the topics of BBQ, he said he was afraid to bring up the topic. As he did, the crowd shouted various names and locations at him, prompting the following response…

He also made a statement about Uber and then referenced the fact that Austin is Uber-free. As the crowd booed and hissed, he said this…

“What’s the issue? Austin was like, I liked ride shares before it was cool?” 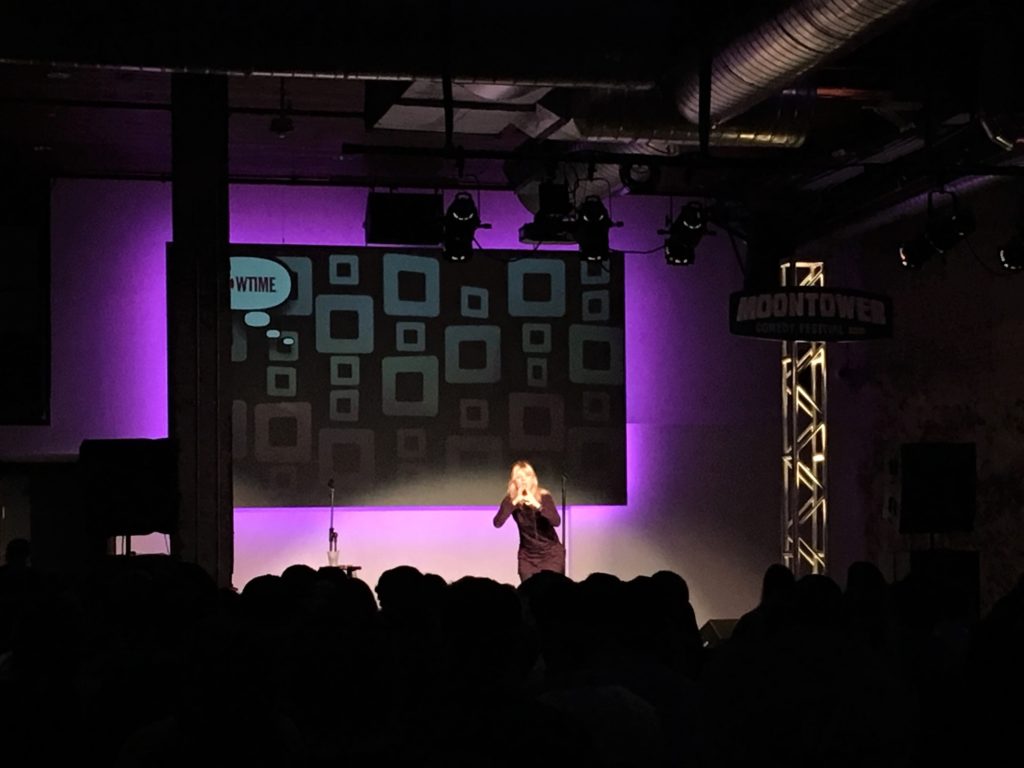 “You guys are so techy. I gotta listen to Ted Talks just to get ready for Austin.”

But it was Brad William, who happens to be a little person, that perhaps made the most accurate statement about the weirdness of Austin… 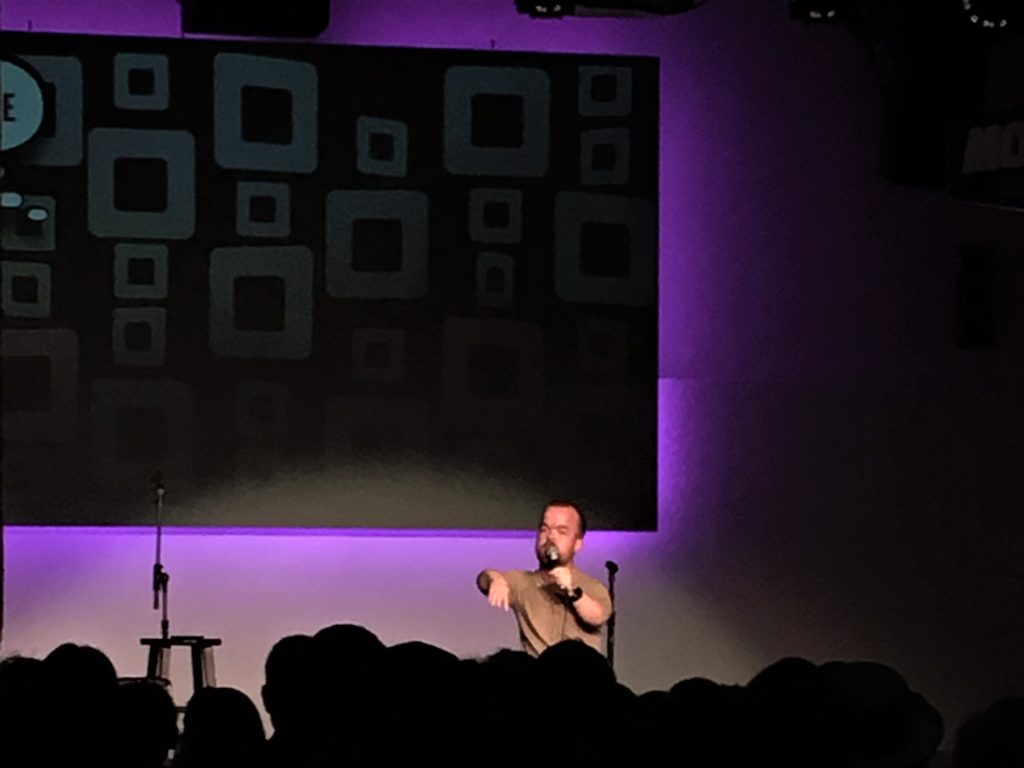 “The motto is Keep Austin Weird. I show up and everyone is like… Yup.”

All photos courtesy of ATXgossip.